Despite similar weight loss, teens who had gastric bypass surgery were significantly more likely to have remission of both type 2 diabetes and high blood pressure, compared to adults who had the same procedure. Results are from an NIH-funded study comparing outcomes in the two groups five years after surgery. Previously, no treatment has shown longer-term effectiveness at reversing type 2 diabetes in youth, which tends to advance more quickly than in adults.

Researchers evaluated 161 teens and 396 adults who underwent this surgery at clinical centers participating in Teen-LABS (Teen-Longitudinal Assessment of Bariatric Surgery) and its adult counterpart, LABS. Teens in the study were under 19 years old at the time of surgery, and adults in the study reported having obesity by age 18. Teen-LABS clinical centers had specialized experience in the surgical evaluation and management of young people with severe obesity, and both studies were funded primarily by NIH’s National Institute of Diabetes and Digestive and Kidney Diseases (NIDDK). The results were published in The New England Journal of Medicine.

“Obesity increases the risk for type 2 diabetes and cardiovascular diseases, and these conditions can be more difficult to manage in young people,” said Mary Evans, Ph.D., a study author and program director in the NIDDK Division of Digestive Diseases and Nutrition. “We found earlier bariatric surgery in carefully selected youth may have greater benefits compared to waiting until later in life.”

Key findings of the research include: 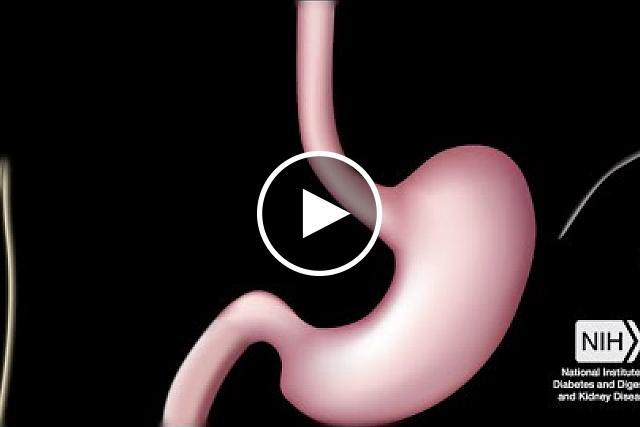 However, teens were more likely to have increased risks in other areas, including a need for subsequent abdominal surgeries, most commonly gall bladder removal. Teens were also more likely to have low iron and vitamin D levels, potentially because teens may be less likely to take enough vitamin and mineral supplements after surgery. There was a similar death rate for both teens and adults five years after surgery, including two people from the teen group who died from overdose. There is an overall increasing trend of drug overdose deaths in the U.S., and a previous LABS study found an increased risk of substance and alcohol use disorders after bariatric surgery in adults.

“Although there are risks associated with bariatric surgery, this study demonstrates that, for many young people, the benefits likely outweigh the risks,” said Thomas Inge, M.D., Ph.D., the study’s first author from Children’s Hospital Colorado. “Sufficient vitamin and mineral supplementation, along with continued medical care, can help mitigate some of these risks.”

These results build on earlier research related to the benefits, risks, and timing of bariatric surgery to aid in weight management. Obesity affects more than one in three adults and about 17% of American children and teens. Obesity increases risk for type 2 diabetes, heart and kidney diseases, some types of cancer, and other health conditions.

“Type 2 diabetes in youth has been a growing problem without a solution, hitting young adults with serious health conditions when they should be in the prime of their lives. This study demonstrates that bariatric surgery may provide an effective treatment, though not one without risks,” said NIDDK Director Dr. Griffin P. Rodgers. “We hope future research continues to shed light on the best timing and the most effective treatments for all people with weight-related conditions.”

NIDDK, part of the NIH, conducts and supports basic and clinical research and research training on some of the most common, severe, and disabling conditions affecting Americans. The Institute’s research interests include diabetes and other endocrine and metabolic diseases; digestive diseases, nutrition, and obesity; and kidney, urologic, and hematologic diseases. For more information, visit www.niddk.nih.gov.