The study adds to growing evidence that sleep deprivation can affect buildup of beta-amyloid in the brain. lolostock/iStock/Thinkstock

To investigate the possible link between beta-amyloid and sleep in people, lead author Dr. Ehsan Shokri-Kojori, in a team led by Drs. Nora D. Volkow and Gene-Jack Wang of NIH’s National Institute on Alcohol Abuse and Alcoholism (NIAAA), used positron emission tomography (PET) to scan the brains of 20 healthy participants, aged 22 to 72. To measure beta-amyloid they used a radiotracer called 18F-florbetaben that has been shown to bind beta-amyloid. Results were published online on April 9, 2018, in the Proceedings of the National Academy of Sciences. 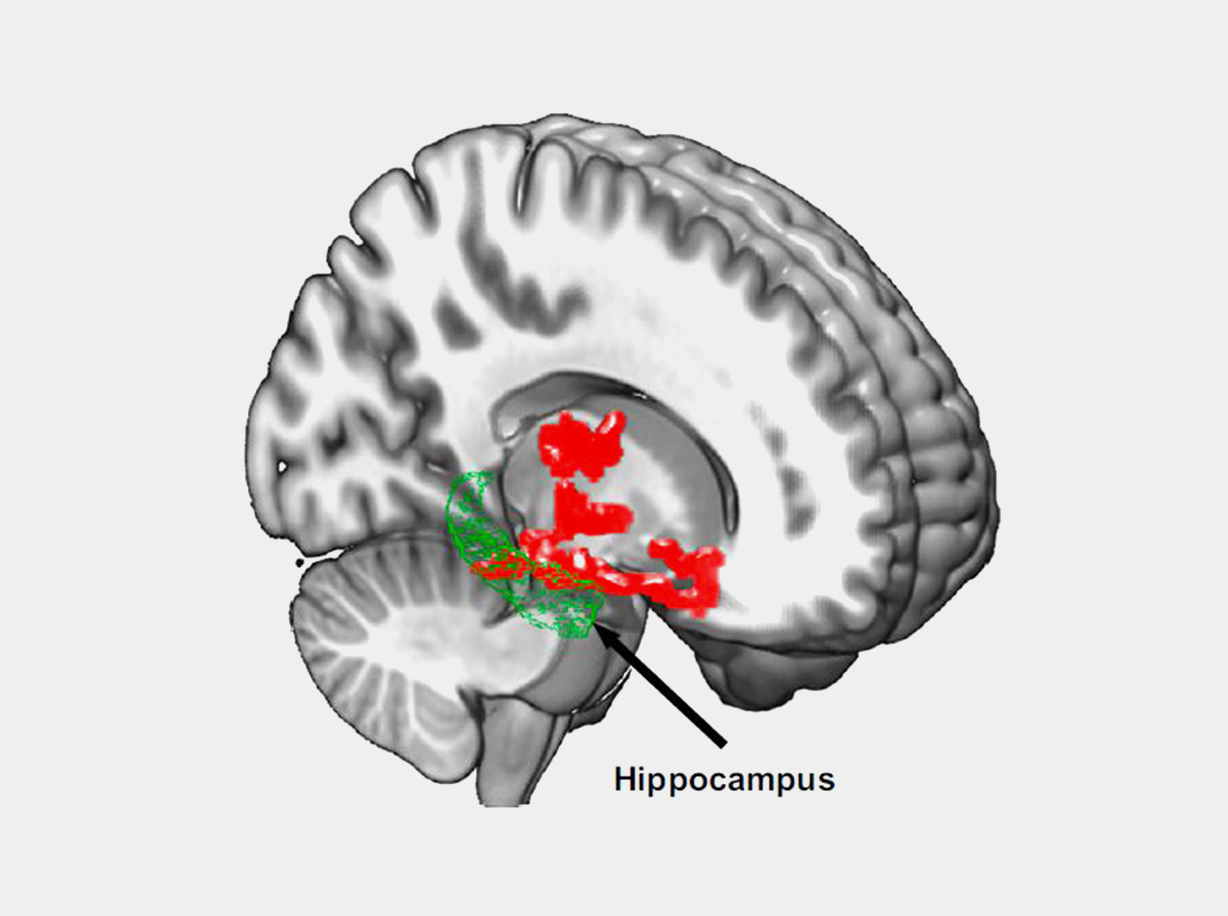 Brain imaging after one night of sleep deprivation revealed beta-amyloid accumulation (red) in the hippocampus and nearby regions. Proceedings of the National Academy of Sciences

The researchers scanned participants’ brains after getting a full night’s rest and after a night of sleep deprivation (about 31 hours without sleep). Beta-amyloid increased about 5% in the participants’ brains after losing a night of sleep. These changes occurred in brain regions that included the thalamus and hippocampus, which are especially vulnerable to damage in the early stages of Alzheimer’s disease.

The scientists also found that study participants with larger increases in beta-amyloid reported worse mood after sleep deprivation. These findings support other studies that have found that the hippocampus and thalamus play a role in mood disorders.

“Even though our sample was small, this study demonstrated the negative effect of sleep deprivation on beta-amyloid burden in the human brain,” Shokri-Kojori says. “Future studies are needed to assess the generalizability to a larger and more diverse population.”

“This research provides new insight about the potentially harmful effects of a lack of sleep on the brain and has implications for better characterizing the pathology of Alzheimer's disease,” says Dr. George F. Koob, director of NIAAA.

More studies are needed to identify the precise biological mechanism underlying the observed increase in beta-amyloid. It’s also important to note that the link between sleep disorders and Alzheimer’s risk is thought to go both ways. Elevated beta-amyloid may also lead to trouble sleeping.