With proposals ranging from a combined cocaine/HIV vaccine to unlocking the mystery of genes that protect some people from the ill effects of HIV, three American scientists have been chosen to receive the 2013 Avant-Garde Award for HIV/AIDS Research from the National Institute on Drug Abuse (NIDA), part of the National Institutes of Health. The three scientists, Drs. Warner Greene, Richard Sutton, and Timothy Cardozo, will each receive $500,000 per year for five years to support their research. NIDA's annual Avant-Garde award competition, now in its sixth year, is intended to stimulate high-impact research that may lead to groundbreaking opportunities for the prevention and treatment of HIV/AIDS in drug users.

Project: HIV without AIDS: A radically different approach to help the developing world

Dr. Greene’s research team is taking a unique approach to treat HIV infection — rather than attempting to suppress the virus, they are investigating a way to modify how an animal model responds to the virus. By inhibiting the caspase I enzyme and preventing the inflammatory and immune responses that lead to the death of specific immune cells (CD4 T-cells) following HIV infection, their approach could prevent further CD4 T-cell loss that eventually results in clinical progression to AIDS. A single inhibitor could be significantly more cost-effective than combination antiviral therapies, providing a much-needed treatment option for vulnerable populations like injection drug users in the developing world, who likely have limited access to antiviral medications.

“We can potentially help millions who carry HIV if our studies of an existing class of anti-inflammatory drugs are successful,” said Greene. “These drugs could provide a lifesaving bridge to treatment for those without access to antiretroviral medications—and for those on antiretrovirals but who are at risk for premature onset of diseases associated with aging. It is also possible that these drugs will attack the latent viral reservoir and thus contribute to a cure for HIV/AIDS.”

Dr. Sutton’s research team plans to identify those rare genetic mutations that account for why a small percentage of HIV-infected individuals do not suffer any ill effects or need to take antiretroviral medications. Sutton will integrate a variety of techniques to isolate specific protective genes, including viral growth assays, the latest genomic technologies, and genetic analyses of family members (for example, siblings, parents, children, aunts, uncles, and cousins) to better understand inheritance patterns for these protective genes and to identify which variants are responsible for control of HIV.

“This award will give our research team at Yale a great opportunity to fully explore how some individuals who are infected with HIV are able to control the virus,” said Sutton. “By recruiting several different patient populations, including those who use substances, it is hoped that these studies will benefit all those now living with HIV and also accelerate the vaccine effort.”

Dr. Cardozo’s group plans to test a combined anti-cocaine/HIV vaccine in animal models. The ultimate goal is to produce a clinical-grade vaccine, the prototype of which is sought by the end of the project period. A successful vaccine of this kind would treat cocaine addiction while preventing HIV infection in those receiving the vaccine. Compared to the general population, women and disadvantaged minorities show higher incidence of cocaine use linked to HIV infection. This combined vaccine could be a high-impact intervention for these populations.

“A vaccine that can generate antibodies protecting against the effects of an abused substance like cocaine and also against HIV would be an unprecedented medicine directly targeting the intersection of substance abuse and HIV/AIDS,” Cardozo said. “Based on recent findings, we developed a game plan to engineer such a medicine, and, with Avant-Garde support, we now have a historic opportunity to pursue this goal.”

“What’s especially exciting about this year’s award recipients is that these interventions can have a significant impact on reducing HIV infection world-wide,” said NIDA Director Nora D. Volkow, M.D. “We expect that this innovative research will provide new leads in the fight against HIV/AIDS – especially for those populations that have been historically hard to reach with current therapies.”

For information about NIDA’s AIDS Research Program, including the Avant-Garde Award Program for HIV/AIDS Research, go to http://www.drugabuse.gov/AIDS. 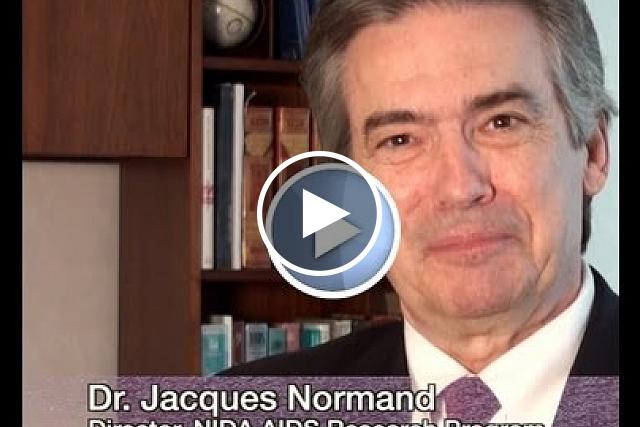