In adolescents, oral Truvada and vaginal ring for HIV prevention are safe, acceptable

NIH-funded clinical trials are first of their kind to include younger adolescent girls.

A monthly vaginal ring and a daily oral tablet, both containing anti-HIV drugs, were safe and acceptable in studies of adolescents, two teams of investigators reported today at the 9th IAS Conference on HIV Science in Paris. The experimental ring is designed for HIV prevention and the oral tablet is already used for this purpose in adults. Adherence to the ring was high, while adherence to the tablet was moderate and diminished substantially when study visits became less frequent. These studies mark the first time the vaginal ring was tested in adolescent girls younger than 18 years and the first time a clinical trial of the oral tablet as pre-exposure prophylaxis (PrEP) specifically for adolescents included girls. The findings pave the way for larger trials of the vaginal ring and oral PrEP in this vulnerable age group.

“Adolescents and young people represent a growing share of people living with HIV worldwide,” noted Anthony S. Fauci, M.D., director of the National Institute of Allergy and Infectious Diseases (NIAID), part of the National Institutes of Health (NIH). “Science has demonstrated that the HIV prevention needs of adolescents may be different than those of adults, which is why these new study findings are so important.”

Both trials were funded in part or in whole by NIAID.

Teens Opt in to Oral Prep

The study of oral PrEP — called Choices for Adolescent Prevention Methods for South Africa, or CHAMPS PlusPills — is only the second clinical trial to report results of PrEP focused solely on adolescents. The NIAID-funded Phase 2 study evaluated the safety, acceptability and use of daily oral Truvada, which contains two anti-HIV drugs, as part of an HIV prevention

package for this age group. Truvada is not yet approved by any national regulatory body for use as oral PrEP in adolescents.

CHAMPS PlusPills involved 148 healthy, sexually active, HIV-uninfected South African 15- to 19-year-olds in Cape Town and Johannesburg. The group included 99 girls and 49 boys. Participants were asked to take daily oral Truvada for at least three months and up to one year if they chose to do so.

The researchers found that most participants chose to take daily oral Truvada, which was safe and tolerable for the adolescents. Although the number of participants who actually took Truvada as prescribed was lower than the number who opted in and decreased over time, nearly 40 percent were adherent by the end of the study. Only one participant became infected with HIV during the trial, a 19-year-old who had stopped taking Truvada three months before her HIV diagnosis.

During the first three months of the trial, participants had monthly study visits, and subsequent visits occurred quarterly. Participants could choose to opt out of, continue or resume taking Truvada for PrEP at every quarterly visit. All participants were followed for the entire study year. At each visit, researchers monitored participants’ health and collected blood samples to test for evidence of adherence to Truvada, which contains the drugs tenofovir and emtricitabine.

In addition, investigators offered three optional HIV prevention components designed specifically for adolescents. Participants could elect to receive daily or weekly text messages reminding them to take their Truvada and querying if they encountered a problem. Participants also could join so-called adherence clubs, where groups of participants met regularly with a community health worker for group counseling and support for taking Truvada for PrEP. Finally, participants could receive real-time reports of the level of tenofovir in their blood during study visits.

“The trend toward lower adherence to Truvada for PrEP as study visits became less frequent parallels what was observed in a study of PrEP in adolescent gay and bisexual boys, suggesting that monthly study visits may support greater adherence to oral PrEP among adolescents over time,” said Protocol Chair and International AIDS Society President Linda-Gail Bekker, M.B.Ch.B., Ph.D.  Dr. Bekker is deputy director of the Desmond Tutu HIV Centre at the University of Cape Town, South Africa.

The study results contribute to a growing body of data that could support the development of evidence-based guidelines for the use of Truvada as oral PrEP in adolescents.

More information about CHAMPS PlusPills is available on ClinicalTrials.gov under study identifier NCT02213328.

Adolescent girls and young women ages 15 to 24 years are at particularly high risk for HIV infection. They accounted for 20 percent of new HIV infections among adults globally in 2015, despite composing only 11 percent of the adult population.

An earlier NIAID-funded study called ASPIRE, which enrolled women 18 to 45 years old, tested a ring that continuously releases the experimental anti-HIV drug dapivirine in the vagina over one month. The results, reported in 2016, showed 27 percent protection overall but no protection in women ages 18 to 21, likely due to low adherence. A subsequent exploratory analysis of ASPIRE study data found that using the ring most or all of the time reduced the risk of HIV infection in women by at least 56 percent.

Because some younger adolescent girls also need HIV prevention options, a Phase 2a clinical trial called MTN-023/IPM 030 was conducted in the United States to examine the safety and acceptability of the dapivirine ring among sexually active girls from 15 to 17 years old. The results of this study were reported at the Paris conference today.

Ninety-six girls enrolled at six U.S. sites were assigned at random to receive either the dapivirine ring or a placebo ring in a 3-to-1 ratio. Neither the participants nor the investigators knew who had received which ring until the end of the trial. Participants were asked to insert a new ring each month for 6 months. Researchers monitored participants’ health and gauged adherence by measuring the amount of dapivirine in blood samples and used rings.

Investigators found that the dapivirine ring was safe and acceptable to study participants. Adherence to the ring was high: drug levels in 87 percent of blood samples and 95 percent of used rings met prespecified adherence criteria. Overall, participants said they liked the ring at 93 percent of study visits. Their main concerns were keeping the ring clean and that their primary sexual partner would feel the ring during sex.

“We are encouraged by these results of the dapivirine ring in 15- to 17-year-old girls,” said Sharon Hillier, Ph.D., principal investigator of the NIH-funded Microbicide Trials Network (MTN). “The study has demonstrated that the ring is safe in U.S. teens, and now we need data on the safety and acceptability of the ring in African adolescent girls. The REACH study, scheduled to launch later this year, will generate this data.” Dr. Hillier is professor and director of reproductive infectious disease research in the department of obstetrics, gynecology and reproductive sciences at the University of Pittsburgh School of Medicine.

In the REACH study, MTN investigators will evaluate the safety of both the dapivirine ring and Truvada as oral PrEP among African adolescent girls and young women ages 16 to 21. REACH also will assess how study participants use the monthly ring and daily PrEP and their preferences for either or both approaches.

MTN-023/IPM 030 was conducted by the MTN and the Adolescent Medicine Trials Network for HIV/AIDS Interventions, which is funded by the Eunice Kennedy Shriver National Institute of Child Health and Human Development (NICHD). The study was led by Kathleen E. Squires, M.D., at Thomas Jefferson University in Philadelphia, and Katherine Bunge, M.D., at the University of Pittsburgh. NIAID, NICHD and the National Institute of Mental Health, all part of NIH, co-funded the trial. The International Partnership for Microbicides (IPM) developed the dapivirine ring and provided it for this study as its regulatory sponsor.

More information about MTN-023/IPM 030 is available on ClinicalTrials.gov under study identifier NCT02028338. 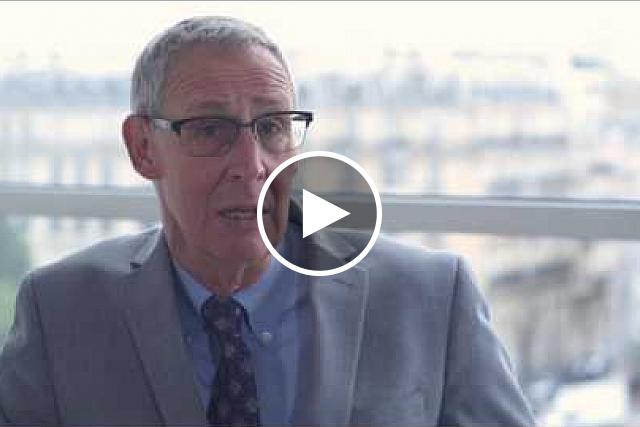 A monthly vaginal ring and a daily oral tablet, both containing anti-HIV drugs, were safe and acceptable in studies of adolescents, two teams of investigators reported at the 9th IAS Conference on HIV Science in Paris.