GRN-529 is a member of a class of agents that inhibit activity of a subtype of receptor protein on brain cells for the chemical messenger glutamate, which are being tested in patients with an autism-related syndrome. Although mouse brain findings often don't translate to humans, the fact that these compounds are already in clinical trials for an overlapping condition strengthens the case for relevance, according to the researchers.

"Our findings suggest a strategy for developing a single treatment that could target multiple diagnostic symptoms," explained Jacqueline Crawley, Ph.D., of the NIH’s National Institute of Mental Health (NIMH). "Many cases of autism are caused by mutations in genes that control an ongoing process — the formation and maturation of synapses, the connections between neurons. If defects in these connections are not hard-wired, the core symptoms of autism may be treatable with medications."

"These new results in mice support NIMH-funded research in humans to create treatments for the core symptoms of autism," said NIMH director Thomas R. Insel, M.D. "While autism has been often considered only as a disability in need of rehabilitation, we can now address autism as a disorder responding to biomedical treatments."

Crawley's team followed-up on clues from earlier findings hinting that inhibitors of the receptor, called mGluR5, might reduce ASD symptoms. This class of agents — compounds similar to GRN-529, used in the mouse study — are in clinical trials for patients with the most common form of inherited intellectual and developmental disabilities, Fragile X syndrome, about one third of whom also meet criteria for ASDs.

To test their hunch, the researchers examined effects of GRN-529 in a naturally occurring inbred strain of mice that normally display autism-relevant behaviors. Like children with ASDs, these BTBR mice interact and communicate relatively less with each other and engage in repetitive behaviors — most typically, spending an inordinate amount of time grooming themselves.

"These inbred strains of mice are similar, behaviorally, to individuals with autism for whom the responsible genetic factors are unknown, which accounts for about three fourths of people with the disorders," noted Crawley. "Given the high costs — monetary and emotional — to families, schools, and health care systems, we are hopeful that this line of studies may help meet the need for medications that treat core symptoms."

The mission of the NIMH is to transform the understanding and treatment of mental illnesses through basic and clinical research, paving the way for prevention, recovery and cure. For more information, visit the www.nimh.nih.gov. 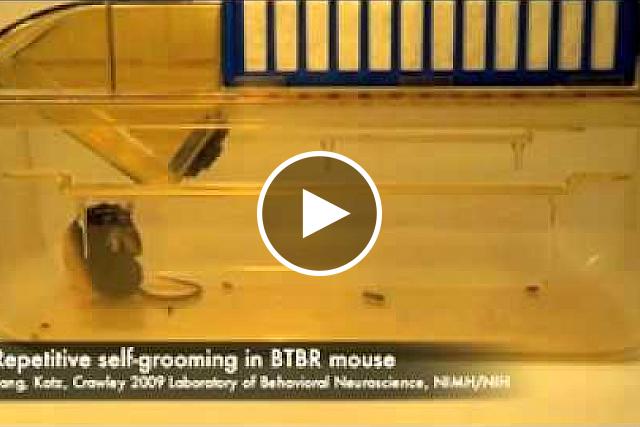