NIH report could lead to improved strategies for pain management.

An analysis of national prescribing patterns shows that more than half of patients who received an opioid prescription in 2009 had filled another opioid prescription within the previous 30 days. This report also suggested potential opportunities for intervention aimed at reducing abuse of prescription opioids.

"More research is needed to see if current practices are working, with a closer look at why so many patients are getting multiple prescriptions within a short period of time," said NIDA Director Nora D. Volkow, M.D. "As a nation, it is important that we all become better informed about effective pain management and the risks of abusing prescription painkillers."

This analysis comes on the heels of a nearly 20 year increase in the use of prescription painkillers. From 1991 to 2009, prescriptions for opioid analgesics increased almost threefold, to over 200 million. According to the Drug Abuse Warning Network system, which monitors drug-related emergency department visits and drug-related deaths, emergency room visits related to the nonmedical use of pharmaceutical opioids has doubled between 2005 and 2009. While these medications are crucial for pain management, their wide availability may also result in leftover pills in family medicine cabinets, increasing opportunities for abuse, as well as a host of serious medical consequences, including addiction. Most abusers report getting these medications from friends and relatives who had been prescribed opioids, or they are abusing their own medications.

This study used data from SDI’s Vector One National database, a privately owned national-level prescription and patient tracking service. The sample included 79.5 million prescriptions dispensed in the United States during 2009, which represent almost 40 percent of all the opioid prescriptions filled nationwide. They broke down the prescriptions by physician specialty, patient's age, duration of prescription, and whether or not the patient had previously filled a prescription for an opioid analgesic within the past 30 days. The researchers looked at prescribing practices for younger patients, who are more at risk than older adults for opioid abuse and later addiction.

The records show that approximately 56 percent of painkiller prescriptions were given to patients who had filled another prescription for pain from the same or different providers within the past month. In addition, nearly 12 percent of opioids prescribed were to young people aged 10-29. Most of these were hydrocodone- and oxycodone-containing products, like Vicodin and Oxycontin. Dentists were the main prescribers for youth aged 10-19 years old. Nearly 46 percent of opioid prescriptions were given to patients between ages 40 and 59, and most of those were from primary care providers.

The current issue of JAMA also includes an accompanying commentary from Dr. Volkow and Dr. Thomas McLellan of the University of Pennsylvania School of Medicine. They point out that according to the Centers for Disease Control and Prevention, prescription opioid overdose is now the second leading cause of accidental death in the United States, killing more people than heroin and cocaine combined. They also state that this is compelling evidence for the need to develop smart strategies to curtail abuse of opioid analgesics, without jeopardizing pain treatment.

The analysis can inform policy makers wanting to implement systems to reduce opioid abuse. Already many states are looking at prescription drug monitoring programs that will give physicians access to information on prescriptions previously received by their patients.

The research letter and commentary can be found online beginning April 6 at http://jama.ama-assn.org/ . For the NIDAMED website, "Resources for Medical and Health Professionals," go to http://www.drugabuse.gov/nidamed/.

The National Institute on Drug Abuse is a component of the National Institutes of Health, U.S. Department of Health and Human Services. NIDA supports most of the world's research on the health aspects of drug abuse and addiction. The Institute carries out a large variety of programs to inform policy and improve practice. Fact sheets on the health effects of drugs of abuse and information on NIDA research and other activities can be found on the NIDA home page at http://www.drugabuse.gov. To order publications in English or Spanish, call NIDA's new DrugPubs research dissemination center at 1-877-NIDA-NIH or 240-645-0228 (TDD) or fax or email requests to 240-645-0227 or drugpubs@nida.nih.gov. Online ordering is available at http://drugpubs.drugabuse.gov. NIDA's new media guide can be found at http://drugabuse.gov/mediaguide/. 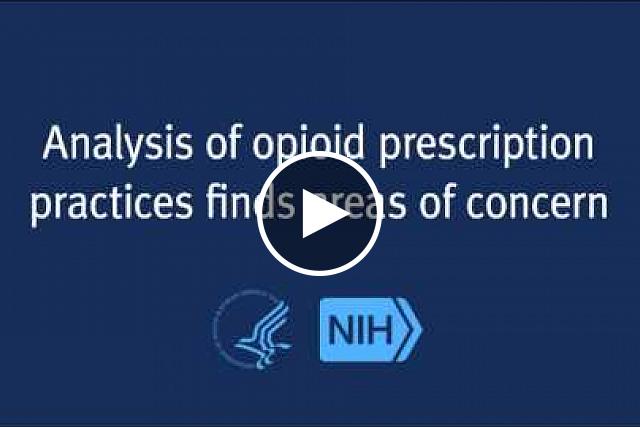