Pour, mix, set, add water and voila: highly detailed images of the inside of cells. A study, partially funded by the National Institutes of Health, showed that a modified form of the superabsorbent chemical used in disposable diapers can expand brain structures to four and a half times their original size. The process called expansion microscopy will allow scientists to take super-resolution pictures of healthy and diseased tissue throughout the body using common microscopes.

“For centuries, a scientist’s ability to look at cells has been constrained by the power of the lenses they used to magnify them. We decided to try something different, and physically magnify the cells themselves,” said Edward Boyden, Ph.D., associate professor of biological engineering and brain and cognitive sciences at the Massachusetts Institute of Technology, Cambridge, and a leader of the study published in Science.

Dr. Boyden and his colleagues discovered that if they linked brain cell proteins to a mesh of sodium polyacrylate and then added water, the polyacrylate mesh swelled and greatly expanded the size of protein complexes while preserving their normal structural arrangement in the cell. This allowed the scientists to see previously hidden submicroscopic details of cell structures.

“Expansion microscopy is a potential game changer,” said Walter Koroshetz, M.D., acting director of NIH’s National Institute of Neurological Disorders and Stroke. “This is the kind of outside- the-box technical innovation that expands the capability of microscopes widely used in the scientific community to explore the fine structure of the nervous system in health and disease.”

To demonstrate the technique’s potential, the scientists took pictures of cell protein complexes before and after swelling. They also developed a special labeling molecule that allowed them to both visualize protein complexes and link them to the superabsorbent meshes.

They performed experiments on both rodent brain slices and cells grown in petri dishes. In each case, the scientists fixed cell proteins in place with formaldehyde and then gently stripped the cells of their fatty membranes before treating them with labeling molecules. Before treating with acrylate, the scientists took pictures of certain parts of the cells with a high powered microscope designed to capture fine protein complex details. Then they applied the acrylate, polymerized it to form a mesh, used enzymes to clear away unlinked proteins from the mesh and expanded the structures with water. After expansion, they took pictures of the same locations using a lower powered microscope.

Finally, the scientists showed that the overall three dimensional protein complexes within a certain brain cell circuit could be successfully enlarged.

“Our results show that we can scan large chunks of brain tissue with nanoscale precision. We think this can be applied to a variety of tissues and help answer a lot of different questions in science and medicine,” said Dr. Boyden.

In the future, Dr. Boyden and his team plan to test ways to combine the technique with other visualization methods and use it to study diseases in human brain tissue.

About the National Institute of Mental Health (NIMH): The mission of the NIMH is to transform the understanding and treatment of mental illnesses through basic and clinical research, paving the way for prevention, recovery and cure. For more information, visit http://www.nimh.nih.gov. 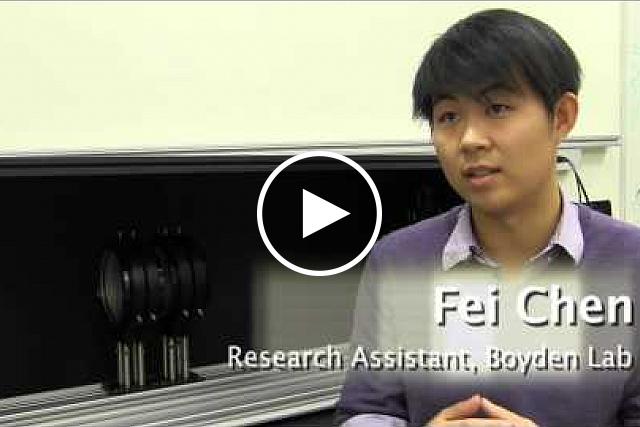 Watch MIT scientists tell the story of expansion microscopy: a process that enlarges cell structures, allowing scientists to take nanoscale pictures of healthy and disease tissue throughout the body using common microscopes. Video courtesy of the The McGovern Institute for Brain Research at MIT, Cambridge. 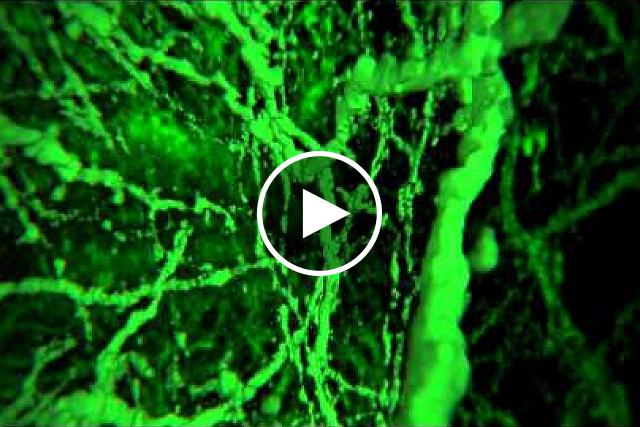 Fly through neural circuits on animated tour into brain tissue enlarged by expansion microscopy. Video courtesy of the The McGovern Institute for Brain Research at MIT, Cambridge.