Observance to be held January 22-27, 2019, with new resources for parents and educators. 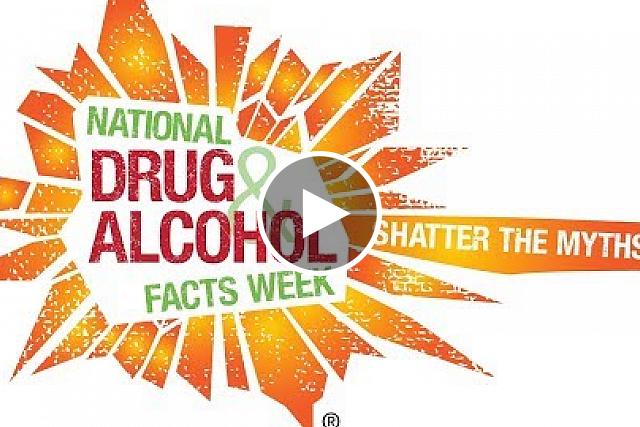 Since its inception in 2010, NDAFW has continued to grow, with more than 2,100 NDAFW events held throughout all 50 states and in 35 countries last year. NDAFW events can be held by a variety of organizations, including schools, community groups, sports clubs, and hospitals, and/or promoted through a variety of vehicles, such as blogs or social media. Activities can focus on general drug use or on specific trends of concern in individual communities.

“Disseminating understandable science-based facts on substance use truly matters to the future health of communities in America and around the world, so we work to make it as easy as possible to hold events and promotional activities,” said NIDA Director Nora D. Volkow, M.D. “Teens --wherever they live -- can only make smart choices when they are aware of the potential consequences of those choices.”

“Through this ongoing partnership with our NIDA colleagues we strive to stay connected with young people by sharing vital information about the harmful effects of alcohol use by teens,” said NIAAA Director George F. Koob, Ph.D. “For example, all teens should know that the brain is still developing into the mid-20’s, making the adolescent brain particularly vulnerable to alcohol-related harm that can last into adulthood.”

NIDA has produced a wide variety of resources for organizers of NDAFW events and promotional activities, including new resources for parents and educators:

NIDA and NIAAA will also launch the newest National Drug & Alcohol IQ Challenge, a 12-question, multiple choice quiz that takes approximately 10 minutes to complete. Available in both English and Spanish, it can be projected on large screens at events, or used with mobile devices. More than 32,000 people took the IQ Challenge last year. The 2019 IQ challenge will be posted in January to the following link: https://teens.drugabuse.gov/quiz/national-drug-alcohol-facts-week/take-iq-challenge.

During the observance week, National Drugs & Alcohol Chat Day will be held on Thursday, Jan. 24, 2019 from 8 a.m. to 6 p.m. EST, where more than 50 NIH scientists and science writers will answer anonymous questions from teens in schools around the country. Registration for Chat Day will open later this year, on a first come, first served basis. In previous years, more than 50 schools participated with more than 10,000 questions submitted. Further details on the annual chat can be found at: https://teens.drugabuse.gov/national-drug-alcohol-facts-week/chat-with-scientists.

To receive an e-newsletter about NDAFW planning, organizations can e-mail NIDA at drugfacts@nida.nih.gov.

To join the conversation on social media, follow @NIDAnews and @NIAAAnews and look for the hashtag #NDAFW. Details about a NDAFW twitter chat will be shared later this year. To see press highlights and previous articles about NDAFW, go to: https://teens.drugabuse.gov/national-drug-alcohol-facts-week/view-events-and-highlights/2018/highlights.