In an NIH-supported clinical trial comparing three drugs for diabetic macular edema (DME), Eylea (aflibercept) provided greater visual improvement, on average, than did Avastin (bevacizumab) or Lucentis (ranibizumab) when vision was 20/50 or worse at the start of the trial. However, the three drugs resulted in similar average improvement when starting vision was 20/40 to 20/32. Investigators found no major differences in the safety of the three drugs. The trial was funded by the National Eye Institute (NEI), part of the National Institutes of Health.

“This comparative effectiveness study will help doctors and patients make informed decisions when choosing treatments for diabetic macular edema,” said NEI Director Paul A. Sieving, M.D., Ph.D. The trial was conducted by the Diabetic Retinopathy Clinical Research Network (DRCR.net), which is funded by NEI. The results were published online today in the New England Journal of Medicine.

DME can occur in people with diabetic retinopathy, a type of diabetic eye disease that can cause the growth of abnormal blood vessels in the retina. The macula is the area of the retina used when looking straight ahead, for tasks such as reading, driving, and watching television. Macular edema, or swelling, occurs when fluid leaks from retinal blood vessels and accumulates in the macula, distorting vision. Macular edema can arise during any stage of diabetic retinopathy and is the most common cause of diabetes-related vision loss. About 7.7 million Americans have diabetic retinopathy. Of these, about 750,000 have DME.

DRCR.net investigators enrolled 660 people with macular edema at 88 clinical trial sites across the United States. When the study began, participants were 61 years old on average, and had had type 1 or type 2 diabetes 17 years on average. Only people with a visual acuity of 20/32 or worse were eligible to participate. (To see clearly, a person with 20/32 vision would have to be 20 feet away from an object that a person with normal vision could see clearly at 32 feet.) At enrollment, about half the participants had 20/32 or 20/40 vision, and the other half had 20/50 or worse vision. In many states, a corrected visual acuity of 20/40 or better in at least one eye is required for a driver’s license that allows both day- and nighttime driving.

Each participant was randomly assigned to receive Eylea (2.0 milligrams/0.05 milliliter), Avastin (1.25 mg/0.05 mL), or Lucentis (0.3 mg/0.05 mL). Participants were evaluated monthly and received the assigned study drug by injection directly into the eye until the DME resolved or stabilized. Additionally, laser treatment was given if DME persisted without continual improvement after six months of injections. Laser treatment alone was the standard treatment for DME until widespread adoption of these drugs a few years ago.

All three drugs target a substance called vascular endothelial growth factor (VEGF), which can cause leakage from blood vessels and the growth of new, abnormal blood vessels. Anti-VEGF drugs work for DME by reducing vascular leakage. Based on Medicare allowable charges, the per-injection costs of each drug at the doses used in this study were about $1,960 for Eylea, about $70 for Avastin, and about $1200 for Lucentis. During the year-long study, participants on Avastin and Lucentis received, on average, 10 injections, versus nine for those on Eylea.

“Eylea, Avastin, and Lucentis yield substantial gains in visual acuity for most people with diabetic macular edema; however, on average, Eylea appears to provide additional benefit for patients who start treatment with moderate or worse vision loss,” said John A. Wells, M.D., the lead author of the study and a retinal specialist at the Palmetto Retina Center, Columbia, South Carolina.

All three drugs reduced swelling of the macula, but Eylea and Lucentis reduced the swelling more than Avastin. Also, during the study, a smaller percentage of participants on Eylea (36 percent) underwent laser treatment for persistent edema that did not resolve with anti-VEGF treatment alone, compared with those on Avastin (56 percent) or Lucentis (46 percent).

The DRCR.net is dedicated to facilitating multicenter clinical research of diabetic eye disease. The network formed in 2002 and comprises more than 350 physicians practicing at more than 140 clinical sites across the country. For more information, visit the DRCR.net website at http://drcrnet.jaeb.org

Eylea and Lucentis were provided by drug manufacturers Regeneron and Genentech, respectively. Additional research funding for this study was provided by the National Institute of Diabetes and Digestive and Kidney Diseases (NIDDK), also a part of the NIH.

The study is registered as NCT01627249 at https://clinicaltrials.gov.

The NEI provides information about diabetic eye disease at https://nei.nih.gov/health/diabetic/.

View an NEI video about how diabetic retinopathy can be detected through a comprehensive dilated eye exam at https://www.youtube.com/watch?v=sQ-0RkPu35o&feature=youtu.be

NEI leads the federal government's research on the visual system and eye diseases. NEI supports basic and clinical science programs that result in the development of sight-saving treatments. For more information, visit https://nei.nih.gov. 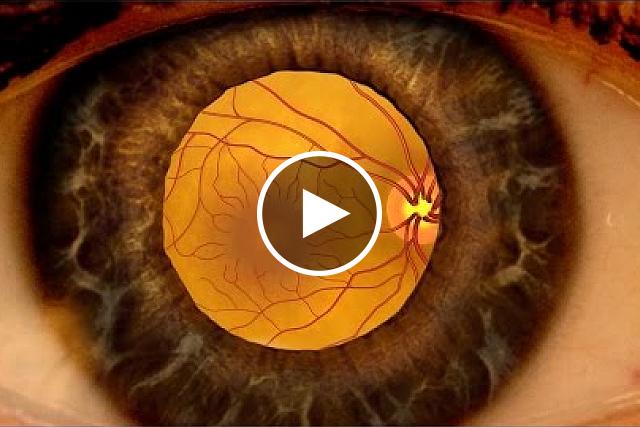