The effectiveness of an experimental treatment for alcoholism depends on the genetic makeup of individuals who receive it, according to a new study supported by the National Institute on Alcohol Abuse and Alcoholism (NIAAA), part of the National Institutes of Health. A report of the findings appears online in the American Journal of Psychiatry.

Researchers led by Bankole Johnson, M.D., Ph.D., professor and chair of the Department of Psychiatry and Neurobehavioral Sciences at the University of Virginia, Charlottesville, conducted a controlled trial to determine if the medication ondansetron could reduce problem drinking, in alcohol-dependent individuals. Ondansetron is currently used to treat nausea and vomiting, often following chemotherapy. It works by blocking receptors for the brain chemical serotonin.

The current study extends the researchers’ previous work on the role the brain’s serotonin system plays in alcohol misuse. Serotonin mediates many processes in the brain, including the rewarding effects of alcohol. Dr. Johnson’s group has shown that variations in the gene that encodes the serotonin transporter, a protein that regulates the concentration of serotonin between nerve cells, can significantly influence drinking intensity. Specifically, serotonin transporter variants designated as LL and TT have been associated with more severe drinking problems. The researchers have also reported that ondansetron may be an effective therapy for some people with alcoholism.

In this study, Dr. Johnson and his colleagues performed genetic analyses to determine which serotonin transporter gene variants were carried by each subject, then randomly assigned each subject to treatment regimens with ondansetron or placebo.

The researchers found that, for subjects with the LL genotype, those receiving ondansetron reduced their average number of daily drinks to less than five, while those receiving placebo continued to have five or more drinks per day. LL subjects who received ondansetron also had significantly more days of abstinence, relative to those who received placebo. Ondansetron’s effects were even more pronounced among individuals who possessed both the LL and TT gene variants, while subjects who lacked the LL variant showed no improvement with ondansetron.

"By being able to do genetic screening beforehand, clinicians can eliminate a great deal of the trial and error approach to prescribing medicine," says Dr. Johnson. "Personalized medicine allows them to better predict a successful treatment option." 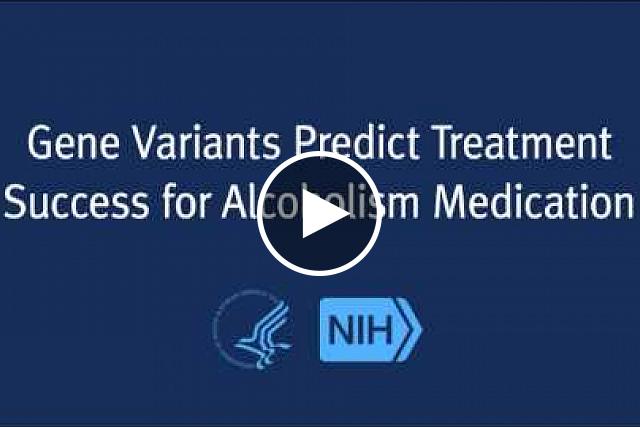 A new study that will look at possible health effects of the Gulf of Mexico's Deepwater Horizon oil spill on 55,000 cleanup workers and volunteers has begun in towns across Louisiana, Mississippi, Alabama, and Florida. The study is the largest health study of its kind ever conducted among cleanup workers and volunteers, and is one component of a comprehensive federal response to the Deepwater Horizons oil spill.