The level of increased activity in left and right visual cortex (blue), while attending to emotional faces in a working memory task, predicted depressed patients' responsiveness to the experimental antidepressant scopolamine. View from the back of the brain shows fMRI data superimposed on anatomical MRI scan data.aura Furey, Ph.D., NIMH Experimental Therapeutics and Pathophysiology Branch

A telltale boost of activity at the back of the brain while processing emotional information predicted whether depressed patients would respond to an experimental rapid-acting antidepressant, a National Institutes of Health study has found.

“We have discovered a potential neuroimaging biomarker that may eventually help to personalize treatment selection by revealing brain-based differences between patients,” explained Maura Furey, Ph.D., of NIH’s National Institute of Mental Health (NIMH).

Scopolamine, better known as a treatment for motion sickness, has been under study since Furey and colleagues discovered its fast-acting antidepressant properties in 2006. Unlike ketamine, scopolamine works through the brain’s acetylcholine chemical messenger system. The NIMH team’s research has demonstrated that by blocking receptors for acetylcholine on neurons, scopolamine can lift depression in many patients within a few days; conventional antidepressants typically take weeks to work. But not all patients respond, spurring interest in a predictive biomarker.

Working memory task: Over several trials, participants were required to attend to either the identity (non-emotional feature) or the emotion of a face, remember it during a 9 second delay, and match the feature to a subsequent face. Neural activity in the visual cortex elicited by the emotion trials predicted a patient’s subsequent responsiveness to scopolamine treatment. Maura Furey, Ph.D., NIMH Experimental Therapeutics and Pathophysiology Branch

Depressed patients have a well-known tendency to process and remember negative emotional information. The researchers propose that this bias stems from dysregulated acetylcholine systems in some patients. They reasoned that such patients would show aberrant visual cortex activity in response to negative emotional features of a working memory task. They also expected to find that patients with more dysfunctional acetylcholine systems would respond better to scopolamine treatment.

Before receiving scopolamine, participants performed a working memory task while their brain activity was monitored via fMRI. For some trials, it required that they pay attention to, and remember, the emotional expression (sad, happy, etc.) of faces flashing on a computer monitor. For other trials, they had to pay attention to only the identity, or non-emotional feature, of the faces. After scanning, and over the following several weeks, 15 patients with depression and 21 healthy participants randomly received infusions of a placebo (salt solution) and/or scopolamine. Mood changes were monitored with depression rating scales.

Overall, scopolamine treatment reduced depression symptoms by 63 percent, with 11 of the patients showing a significant clinical response. The strength of this response correlated significantly with visual cortex activity during key phases of the working memory task – while participants were paying attention to the emotional content of the faces. There was no such correlation for trials when they attended to the identity of the faces.

Preliminary evidence suggests that such visual cortex activity in response to emotional stimuli may also apply to other treatments and may prove to be a shared biomarker of rapid antidepressant response, according to Furey. 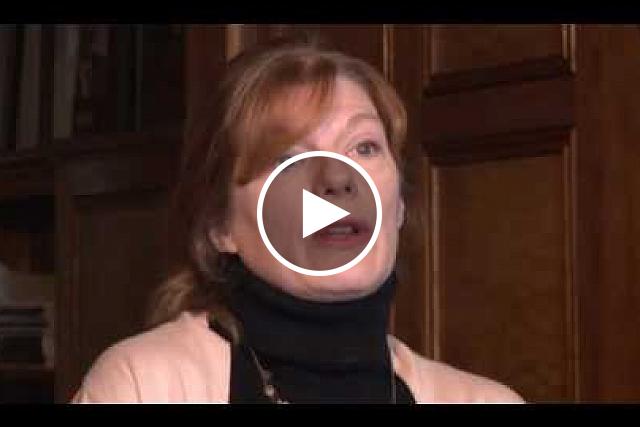