Scientists have traced vulnerability to depression-like behaviors in mice to out-of-balance electrical activity inside neurons of the brain’s reward circuit and experimentally reversed it – but there’s a twist.

Instead of suppressing it, researchers funded by the National Institutes of Health boosted runaway neuronal activity even further, eventually triggering a compensatory self-stabilizing response. Once electrical balance was restored, previously susceptible animals were no longer prone to becoming withdrawn, anxious, and listless following socially stressful experiences.

“To our surprise, neurons in this circuit harbor their own self-tuning, homeostatic mechanism of natural resilience,” explained Ming-Hu Han, Ph.D ., of the Icahn School of Medicine at Mount Sinai, New York City, a grantee of the NIH’s National Institute of Mental Health (NIMH) and leader of the research team.

Han and colleagues report on their discovery April 18, 2014 in the journal Science.

“As we get to the bottom of a mystery that has perplexed the field for more than a decade, the story takes an unexpected twist that may hold clues to future antidepressants that would act through this counterintuitive resilience mechanism.” said NIMH Director Thomas R. Insel, M.D.

Prior to the new study, the researchers had turned resilience to social stress on and off by using pulses of light to manipulate reward circuit neuronal firing rates in genetically engineered mice – optogenetics. But they didn’t know how resilience worked at the cellular level.

To find out, they focused on electrical events in reward circuit neurons of mice exposed to a social stressor. Some mice that experience repeated encounters with a dominant animal emerge behaviorally unscathed, while others develop depression-like behaviors.

Neurons that secrete the chemical messenger dopamine from a reward circuit hub called the ventral tegmental area (VTA) become abnormally hyperactive in the susceptible mice. This excess activation is known to be triggered by an excitatory electrical current that drives cell firing. Han and colleagues were surprised to discover that this excitatory current was even higher in the stress-resilient mice even though they were spared the runaway dopamine activity and depression-related behaviors. Yet neurons of these resilient mice also showed a simultaneous increase in inhibitory potassium channel currents.

This prompted the researchers to hypothesize that in resilient animals the runaway excitatory current triggers the boost in the inhibitory current in a self-balancing mechanism, resulting in normal mood-related behaviors. By this logic, perhaps the susceptible mice just needed a boost in excitatory currents to activate their compensatory currents.

To test this, Han’s team repeatedly infused the VTA of susceptible mice, over five days, with a drug known to increase the excitatory current. As hypothesized, the animals showed a profound reversal in behaviors and antidepressant-like effects – they socialized more and their characteristic rodent sweet tooth came back.

At the cellular level, this was accompanied by a marked increase in both the excitatory and inhibitory currents, resulting in normalized neuronal activity. The drug the mice received, lamotrigine, is clinically used as a mood stabilizer to treat the depressed phase of bipolar disorder – and the researchers may have discovered its mechanism of action.

Han and colleagues also achieved similar results using chronic optogenetic stimulation to drive up the neuronal activity. However, they discovered that the homeostatic mechanism seems to work specifically in the reward circuit – projections of the VTA to the nucleus accumbens – and not in VTA projections to the prefrontal cortex.

The abnormally high excitatory current that develops in response to social stress –if driven high enough for a sustained period – triggers its own compensatory adaptation, the inhibitory currents that corrects out-of-balance electrical activity and produces resilience. So at least in the brain’s reward circuit, exaggerating an abnormality, for a time, proved to be the curative secret , say the researchers.

About the National Institute of Mental Health (NIMH): The mission of the NIMH is to transform the understanding and treatment of mental illnesses through basic and clinical research, paving the way for prevention, recovery and care. For more information, visit http://www.nimh.nih.gov. 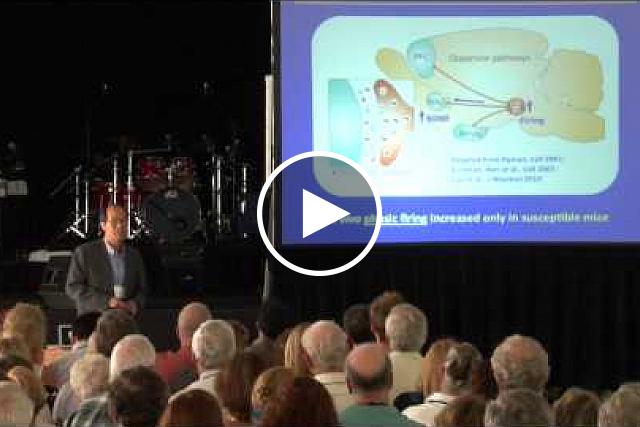