Scientists showed that the longevity gene, KLOTHO, may improve thinking, learning and memory.

Scientists showed that people who have a variant of a longevity gene, called KLOTHO, have improved brain skills such as thinking, learning and memory regardless of their age, sex, or whether they have a genetic risk factor for Alzheimer’s disease. Increasing KLOTHO gene levels in mice made them smarter, possibly by increasing the strength of connections between nerve cells in the brain. The study was partly funded by the National Institutes of Health.

“This could be a major step toward helping millions around the world who are suffering from Alzheimer’s disease and other dementias,” said Dena Dubal, M.D., Ph.D., an assistant professor of neurology, the David A. Coulter Endowed Chair in Aging and Neurodegeneration at the University of California San Francisco (UCSF) and the lead author of the study published in Cell Reports. “If we could boost the brain’s ability to function, we may be able to counter dementias.”

As people live longer the effects of aging on the brain will become a greater health issue. This is especially true for dementias, a collection of brain disorders that can cause memory problems, impaired language skills and other symptoms. With the number of dementia cases worldwide estimated to double every 20 years from 35.6 million people in 2010 to 65.7 million in 2030 and 115.4 million in 2050, the need for treatments is growing.

Klotho is the name of a Greek mythological goddess of fate, “who spins the thread of life.” People who have one copy of a variant, or form, of the KLOTHO gene, called KL-VS, tend to live longer and have lower chances of suffering a stroke whereas people who have two copies may live shorter lives and have a higher risk of stroke. In this study, the investigators found that people who had one copy of the KL-VS variant performed better on a battery of cognitive tests than subjects who did not have it, regardless of age, sex or the presence of the apolipoprotein 4 gene, the main genetic risk factor for Alzheimer’s disease.

“This study shows the importance of genes that regulate the multiple aging processes involved in the maintenance of cognitive function,” said Suzana Petanceska, Ph.D., program director in NIA’s Division of Neuroscience. “Understanding the factors that control the levels and activity of KLOTHO across multiple organ systems may open new therapeutic avenues for prevention of age-related cognitive decline and dementia.”

The investigators tested a variety of cognitive skills, including learning, memory, and attention. More than 700 subjects, 52 to 85 years old were tested as part of three studies. None had any sign of dementia. Consistent with previous studies, 20 to 25 percent of the subjects had one copy of the KL-VS variant and performed better on the tests than those who had no copies. Performance on the tests decreased with age regardless of whether a subject had one or no copies of the KL-VS gene variant.

The KLOTHO gene provides the blueprint for a protein made primarily by the cells of the kidney, placenta, small intestine, and prostate. A shortened version of the protein can circulate through the blood system. Blood tests showed that subjects who had one copy of the KL-VS variant also had higher levels of circulating klotho protein. The levels decreased with age as others have observed. The researchers speculate that the age-related decrease in circulating levels of klotho protein may have caused some of the decline in performance on the cognitive tests.

“These surprising results pave a promising new avenue of research,” said Roderick Corriveau, Ph.D., program director at NIH’s National Institute of Neurological Disorders and Stroke (NINDS). “Although preliminary, they suggest that a form of klotho could be used to enhance cognition for people suffering from dementia.”

To test this idea the researchers genetically engineered mice to overproduce klotho protein. The klotho-enhanced mice lived longer and had higher levels of klotho in the blood and in a brain area known as the hippocampus, which controls some types of learning and memory. Similar to human studies, the klotho-enhanced mice performed better on a variety of learning and memory tests, regardless of age. In one test, the mice remembered the location of a hidden target in a maze better, which allowed them to find it twice as fast as control mice.

Learning is thought to strengthen communication between nerve cells in the brain at structures called synapses. In the hippocampus, many synapses use a chemical called glutamate to communicate. Electrical recordings suggested that klotho makes it more likely these synapses will be strengthened during learning and memory.

NMDA receptors control communication at many glutamate synapses. GluN2B subunits are components of some NMDA receptors. Previous studies have shown that the presence of GluN2B at synapses is associated with changes in synaptic strength and learning and memory. In this study, the researchers found that synapses in the brains of klotho-enhanced mice had more GluN2B subunits than control mice. Treating klotho mice with a drug that selectively blocks GluN2B-containing NMDA receptors reduced their ability to perform on learning and memory tests. The results suggest that increasing the presence of GluN2B-containing NMDA receptors may be one way that klotho could enhance cognitive skills.

“Overall our results suggest that klotho may increase cognitive reserve or the brain’s capacity to perform everyday intellectual tasks,” said senior author Lennart Mucke, M.D., director of the Gladstone Institute of Neurological Disease, San Francisco, CA, and the Joseph B. Martin Distinguished Professor of Neuroscience, and professor of neurology at UCSF.

National Institute on Aging leads the federal government effort conducting and supporting research on aging and the health and well-being of older people. It provides information on age-related cognitive change and neurodegenerative disease specifically at its Alzheimer’s Disease Education and Referral (ADEAR) Center at www.nia.nih.gov/Alzheimers. 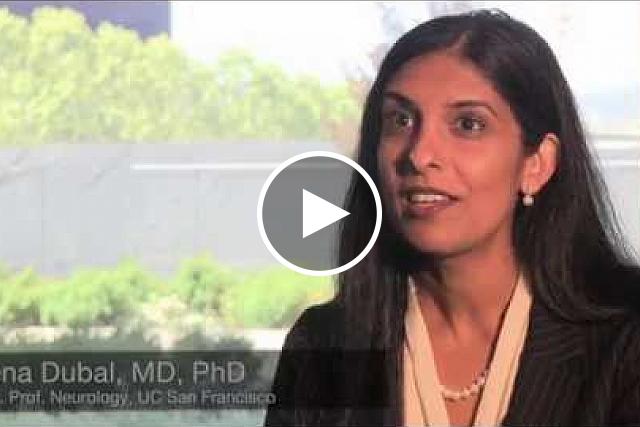