Abnormal blood vessels bleeding into the center of the eye due to proliferative diabetic retinopathy.

A clinical trial funded by the National Institutes of Health has found that the drug ranibizumab (Lucentis) is highly effective in treating proliferative diabetic retinopathy. The trial, conducted by the Diabetic Retinopathy Clinical Research Network (DRCR.net) compared Lucentis with a type of laser therapy called panretinal or scatter photocoagulation, which has remained the gold standard for proliferative diabetic retinopathy since the mid-1970s. The findings demonstrate the first major therapy advance in nearly 40 years.

“These latest results from the DRCR Network provide crucial evidence for a safe and effective alternative to laser therapy against proliferative diabetic retinopathy,” said Paul A. Sieving, M.D., Ph.D., director of NIH’s National Eye Institute (NEI), which funded the trial.  The results were published online today in the Journal of the American Medical Association.

Treating abnormal retinal blood vessels with laser therapy became the standard treatment for proliferative diabetic retinopathy after the NEI announced results of the Diabetic Retinopathy Study in 1976. Although laser therapy effectively preserves central vision, it can damage night and side vision; so, researchers have sought therapies that work as well or better than laser but without such side effects.

A complication of diabetes, diabetic retinopathy can damage blood vessels in the light-sensitive retina in the back of the eye. As the disease worsens, blood vessels may swell, become distorted and lose their ability to function properly. Diabetic retinopathy becomes proliferative when lack of blood flow in the retina increases production of a substance called vascular endothelial growth factor, which can stimulate the growth of new, abnormal blood vessels. These new vessels are prone to bleeding into the center of the eye, often requiring a surgical procedure called a vitrectomy to clear the blood. The abnormal blood vessels can also cause scarring and retinal detachment. Lucentis is among several drugs that block the effects of vascular endothelial growth factor.

About 7.7 million U.S. residents have diabetic retinopathy, a leading cause of blindness among working-age Americans. Among these, about 1.5 percent have PDR.

The DRCR.net enrolled 305 participants (394 eyes) with proliferative diabetic retinopathy in one or both eyes at 55 clinical sites across the country. Eyes were assigned randomly to treatment with Lucentis or laser. For participants who enrolled both eyes in the study, one eye was assigned to the laser group and the other was assigned to the Lucentis group. About half of the eyes assigned to the laser group required more than one round of laser treatment. In the other group, Lucentis (0.5 mg/0.05 ml) was given via injections into the eye once per month for three consecutive months, and then as needed until the disease resolved or stabilized.

At two years, vision in the Lucentis group improved by about half a line on an eye chart compared with virtually no change in the laser group. There was little change in side vision with injection (average worsening of 23 decibels) but a substantial loss of side vision with laser (average worsening of 422 decibels).   The vitrectomy rate was lower in the Lucentis group (8 of 191 eyes) than in the laser group (30 of 203 eyes).

Rates of serious systemic adverse events, including cardiac arrest and stroke, were similar between the two groups. One patient in the Lucentis group developed endophthalmitis, an infection in the eye. Other side effects were low, with little difference between treatment groups.

The DRCR.net is dedicated to facilitating multicenter clinical research of diabetic eye disease. The network formed in 2002 and comprises more than 350 physicians practicing at more than 140 clinical sites across the country. For more information, visit the DRCR.net website at http://drcrnet.jaeb.org/.

Lucentis was provided by Genentech. Additional research funding for this study was provided by the National Institute of Diabetes and Digestive and Kidney Diseases, also a part of the NIH.

The study is registered as NCT01489189 at ClinicalTrials.gov.

The NEI provides information about diabetic eye disease at http://www.nei.nih.gov/health/diabetic/.

Information about diabetes is available through the National Diabetes Education Program, www.ndep.nih.gov/.

View an NEI video about the study at https://youtu.be/jPoCIa0_1po.

NEI leads the federal government's research on the visual system and eye diseases. NEI supports basic and clinical science programs that result in the development of sight-saving treatments. For more information, visit https://www.nei.nih.gov. 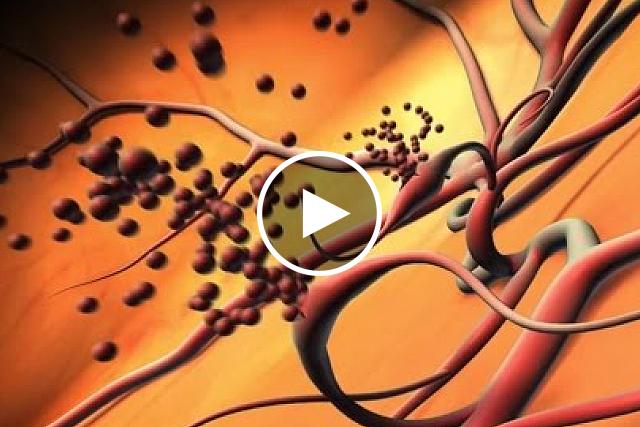