These two versions of the smart pill prototype are shown in their post-collection state and are about the size of a nickel.

In a nation-wide competition, six teams of undergraduate engineering students produced prize-winning designs for technological advances to improve human health. The Design by Biomedical Undergraduate Teams (DEBUT) Challenge winning teams designed tools for a myriad of health care challenges, including diagnosing tuberculosis (TB) in children and a safer alternative for central venous catheter placements. DEBUT is sponsored by the National Institute of Biomedical Imaging and Bioengineering (NIBIB). NIBIB is part of the National Institutes of Health, and VentureWell, a non-profit higher-education network that cultivates revolutionary ideas and promising inventions.

“This year is a milestone for the DEBUT challenge — it is the fifth year that NIBIB has supported this challenge for undergraduates and the first year that we have joined forces with VentureWell to extend our collective reach and impact,” said NIBIB Director Roderic I. Pettigrew, Ph.D., M.D. “This public-private partnership makes it possible to support more of the many creative and potentially life-saving technologies that are produced by remarkable undergraduate teams and allows a one-stop application process.”

NIBIB selected four winning teams for designs that excel according to four criteria: the significance of the problem being addressed; the impact on clinical care; the innovation of the design; and the existence of a working prototype. VentureWell selected two more teams based on two additional criteria: market potential and patentability. Prizes worth $75,000 will be awarded in a ceremony at the annual Biomedical Engineering Society (BMES) conference in Minneapolis, Minnesota, on October 7th.

NIBIB’s first place prize of $20,000 went to a team from Purdue University, West Lafayette, Indiana, that developed a “smart pill” to diagnose TB in children. With antibiotic treatment, 93 percent of patients with TB survive. However, TB diagnosis is challenging in low resource settings because current tests require trained clinicians and stable electricity. In children, the problems are more difficult because pediatric diagnostic tests are invasive and painful. The smart pill is simply swallowed and samples bacteria present in the stomach. Once recovered, the sample can be analyzed for TB. The pill is low-cost, less painful for children, and can be used in areas where experts are not available. This technology could expand TB diagnosis in low resource settings, saving lives and reducing the spread of the disease.

The disposable chip is low-cost and can analyze a drop of blood without any preparation.

The second place NIBIB award of $15,000 went to Point-of-Care Sepsis Stratification.  This team, from the University of Illinois at Urbana-Champaign, developed a disposable chip that detects biomarkers of sepsis, a potentially life-threatening response to infection, with higher sensitivity and specificity than is currently possible.  Sepsis is diagnosed in up to 1.1 million people in the United States annually, more than breast cancer, prostate cancer and HIV/AIDS combined according to the Centers for Disease Control and Prevention (CDC). Because survival rates drop with each passing hour after onset of sepsis, this specific and sensitive early detection device could become an important life-saving tool.

“This project’s strength was integrating a microfluidic device with a controller and mobile app to achieve a complete package that can determine the stage of sepsis from a single drop of blood,” said Zeynep Erim, Ph.D., who manages the DEBUT competition for NIBIB. “A new way to more easily and effectively diagnose sepsis could potentially save millions of lives.”

NIBIB’s third place prize was shared by two teams, each receiving $10,000. cerVIA, developed by a team from Columbia University, New York City, integrates a speculum-fitted custom camera system with cancer detection algorithms to create a hand-held cervical cancer detection device that can be used with a smartphone. CatheCare, created by a team also from Columbia University, is a safe, easy-to-use device that eradicates 99.9 percent of bacteria that builds up in a central venous catheter. This device could decrease significantly the number of life-threatening infections in critically ill patients.

The Ballistra Guidewire Advancer enables a physician to maintain ultrasound guidance throughout the procedure.

The Venture Prize of $15,000 was awarded to a team from Yale University, New Haven, Connecticut, who designed the Ballistra Guidewire Advancer.  This device is designed to help physicians place a central venous catheter, or central line, in patients using one hand instead of two, freeing up one hand to simultaneously use an ultrasound device to guide the placement of the needle in the vein. Placing a central line in a patient can be difficult and mistakes are made up to 10 percent of the time, risking injury to nearby tissues and arteries. The Ballistra Guidewire Advancer could greatly reduce the number of errors made during the procedure.

VentureWell’s Design Excellence Prize of $5,000 went to a team from Temple University, Philadelphia, for the TempStent. The device aims to reduce inflammation caused by acute pancreatitis with a cooling stent that slows cellular metabolism. Pancreatitis has very few treatment options, which results in lengthy hospitalizations. The team hopes that the TempStent could one day provide relief for patients suffering from acute pancreatitis.

“The diversity and creativity of all the solutions presented by the 72 entries from 30 universities in 17 states was impressive,” said Phil Weilerstein, president of VentureWell.  “Joining forces with NIBIB in this combined DEBUT challenge created an opportunity to elevate the profile of the program and engage a broader group of institutions. The winning teams demonstrated the innovative capability of emerging undergraduate biomedical engineering students from across American higher education.”

Complete project descriptions from the winning student teams along with a list of honorable mentions.

About the National Institute of Biomedical Imaging and Bioengineering (NIBIB): NIBIB’s mission is to improve health by leading the development and accelerating the application of biomedical technologies. The Institute is committed to integrating the physical and engineering sciences with the life sciences to advance basic research and medical care. NIBIB supports emerging technology research and development within its internal laboratories and through grants, collaborations, and training. More information is available at the NIBIB website: http://www.nibib.nih.gov. 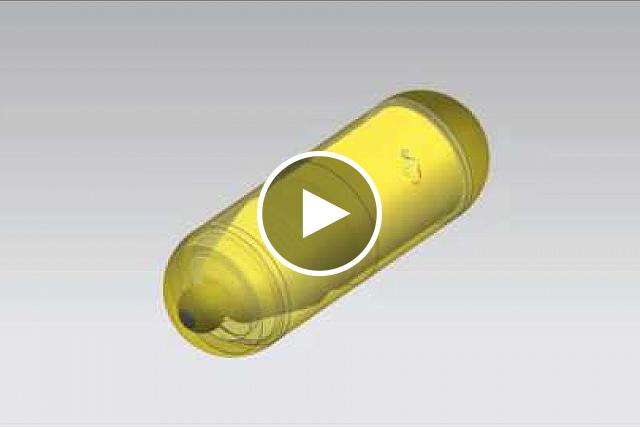 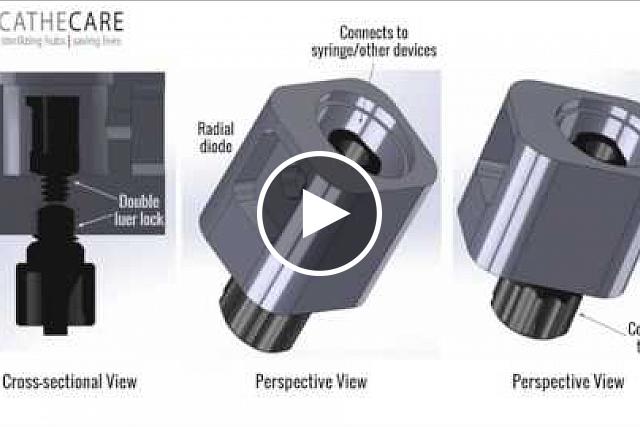 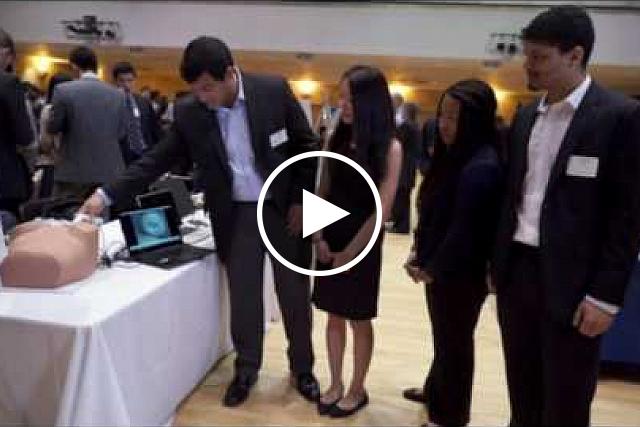 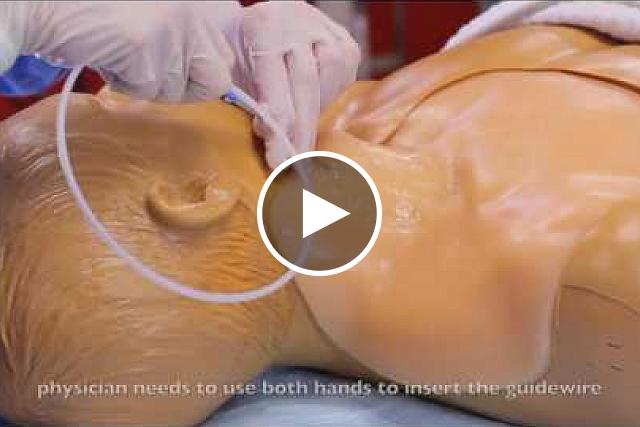