Projects lay the groundwork for visualizing the brain in action.

The National Institutes of Health announced today its first wave of investments totaling $46 million in fiscal year 14 funds to support the goals of the Brain Research through Advancing Innovative Neurotechnologies (BRAIN) Initiative. More than 100 investigators in 15 states and several countries will work to develop new tools and technologies to understand neural circuit function and capture a dynamic view of the brain in action. These new tools and this deeper understanding will ultimately catalyze new treatments and cures for devastating brain disorders and diseases that are estimated by the World Health Organization to affect more than one billion people worldwide.

“The human brain is the most complicated biological structure in the known universe. We’ve only just scratched the surface in understanding how it works — or, unfortunately, doesn’t quite work when disorders and disease occur,” said NIH Director Francis S. Collins, M.D., Ph.D. “There’s a big gap between what we want to do in brain research and the technologies available to make exploration possible. These initial awards are part of a 12-year scientific plan focused on developing the tools and technologies needed to make the next leap in understanding the brain. This is just the beginning of an ambitious journey and we’re excited about the possibilities.”

Creating a wearable scanner to image the human brain in motion, using lasers to guide nerve cell firing, recording the entire nervous system in action, stimulating specific circuits with radio waves, and identifying complex circuits with DNA barcodes are among the 58 projects announced today. The majority of the grants focus on developing transformative technologies that will accelerate fundamental neuroscience research and include:

“The human brain is the most complicated biological structure in the known universe. We’ve only just scratched the surface in understanding how it works.”

“How do the billions of cells in our brain control our thoughts, feelings, and movements? That’s ultimately what the BRAIN Initiative is about,” said Thomas R. Insel, M.D., director of the NIH’s National Institute of Mental Health. “Understanding this will greatly help us meet the rising challenges that brain disorders pose for the future health of the nation.”

Last year, President Obama launched the BRAIN Initiative as a large-scale effort to equip researchers with fundamental insights necessary for treating a wide variety of brain disorders like Alzheimer’s, schizophrenia, autism, epilepsy, and traumatic brain injury. Four federal agencies — NIH, the National Science Foundation, the Food and Drug Administration and the Defense Advanced Research Projects Agency — stepped up to the “grand challenge” and committed more than $110 million to the Initiative for fiscal year 2014. Planning for the NIH component of the BRAIN initiative is guided by the long-term scientific plan, “BRAIN 2025: A Scientific Vision” that details seven high-priority research areas.

Later today, the White House is hosting a conference on the BRAIN Initiative where new Federal and private sector commitments will be unveiled in support of this ambitious and important effort.

“We are at a critical juncture for brain research, and these audacious projects are from some of the brightest researchers in neuroscience collaborating with physicists and engineers,” said Story Landis, Ph.D., director of the NIH’s National Institute of Neurological Disorders and Stroke.

For more information about the BRAIN Initiative, please visit: http://braininitiative.nih.gov. 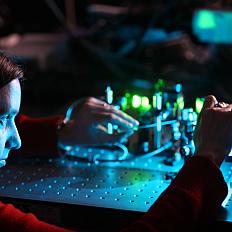 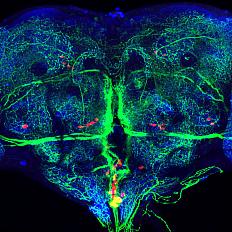 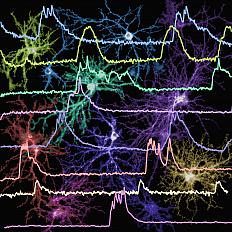 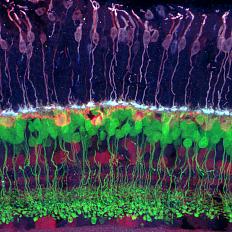