Scientists used the structure of the brain’s white matter (green lines) to predict whether a subject would recover from low back pain. Red dots represent differences in white matter structure between subjects who recovered and who suffered chronic pain. Apkarian lab, Northwestern University Feinberg School of Medicine.

The structure of the brain may predict whether a person will suffer chronic low back pain, according to researchers who used brain scans. The results, published in the journal Pain, support the growing idea that the brain plays a critical role in chronic pain, a concept that may lead to changes in the way doctors treat patients. The research was supported by the National Institute of Neurological Disorders and Stroke (NINDS), part of the National Institutes of Health.

“We may have found an anatomical marker for chronic pain in the brain,” said Vania Apkarian, Ph.D., a senior author of the study and professor of physiology at Northwestern University Feinberg School of Medicine in Chicago.

Chronic pain affects nearly 100 million Americans and costs the United States up to $635 billion per year to treat. According to the Institute of Medicine, an independent research organization, chronic pain affects a growing number of people.

“Pain is becoming an enormous burden on the public. The U.S. government recently outlined steps to reduce the future burden of pain through broad-ranging efforts, including enhanced research,” said Linda Porter, Ph.D, the pain policy advisor at NINDS and a leader of NIH’s Pain Consortium. “This study is a good example of the kind of innovative research we hope will reduce chronic pain which affects a huge portion of the population.”

Low back pain represents about 28 percent of all causes of pain in the United States; about 23 percent of these patients suffer chronic, or long-term, low back pain.

Scientists have thought the cause of low back pain could be found at the site of injury. However, recent studies suggest that the brain may be more involved with chronic pain.

“Currently we know very little about why some patients suffer chronic low back pain,” said Debra Babcock, M.D., Ph.D., a program director at NINDS. “The earlier we detect pain will become chronic, the better we may be able to treat patients.”

Dr. Apkarian and his colleagues addressed this by scanning the brains of 46 people who had low back pain for about three months before coming to the hospital but who had not had any pain for at least a year before.

The researchers scanned the subjects’ brains and evaluated their pain with doctor’s examinations and questionnaires four times over a period of one year. About half of the subjects recovered at some time during the year; the other half had pain throughout, which the researchers categorized as persistent.

Previously, the Apkarian laboratory showed that the volume of grey matter in the brains of the same subjects who had persistent pain decreased over the same year. Grey matter describes the area of the brain where the central bodies and branched antennae, or dendrites, of nerve cells reside. They also showed that brain activity could be used to predict whether a subject recovered or experienced persistent pain.

In this study, the researchers used a scanning technique called diffusion tensor imaging (DTI) which measures the structure of white matter, the nerve cell wires, or axons, which connect brain cells in different parts of the brain. They found a consistent difference in white matter between the subjects who recovered and the subjects who experienced pain throughout the year.

“Our results suggest that the structure of a person’s brain may predispose one to chronic pain,” said Dr. Apkarian.

“We were surprised how robust the results were and amazed at how well the brain scans predicted persistence of low back pain,” said Dr. Apkarian. “Prediction is the name of the game for treating chronic pain.”

The nucleus accumbens and the medial prefrontal cortex are two brain regions thought to be involved with pain. Further examination of the brain scans suggests that the white matter structure connecting these brains regions is different between the subjects who recovered and those who had persistent pain.

This study was supported by a grant from NINDS (NS35115) and an anonymous foundation. 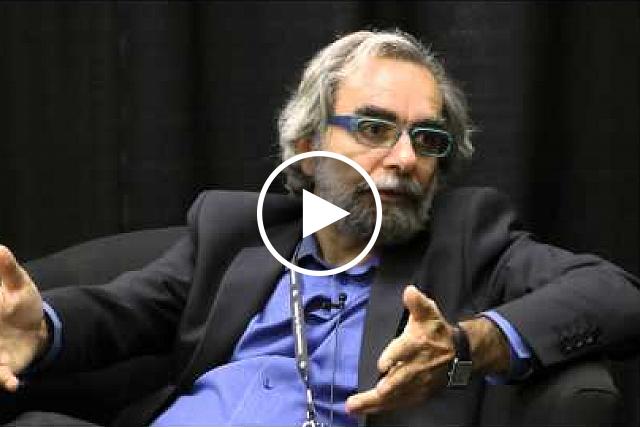 Pain in the Brain with Dr. Vania Apkarian