The test developed by NIH and Italian scientists involves the insertion of a rigid fiber-optic rhinoscope into the patient’s nasal cavity. A sterile brush is then inserted alongside the scope to collect olfactory neurons by gently rolling along the mucosal surface.

A nasal brush test can rapidly and accurately diagnose Creutzfeldt-Jakob disease (CJD), an incurable and ultimately fatal neurodegenerative disorder, according to a study by National Institutes of Health (NIH) scientists and their Italian colleagues.

Up to now, a definitive CJD diagnosis required testing brain tissue obtained after death or by biopsy in living patients. The study describing the less invasive nasal test appears in the Aug. 7 issue of the New England Journal of Medicine.

CJD is a prion disease. These diseases originate when, for reasons not fully understood, normally harmless prion protein molecules become abnormal and gather in clusters. Prion diseases affect animals and people. Human prion diseases include variant, familial and sporadic CJD. The most common form, sporadic CJD, affects an estimated 1 in one million people annually worldwide. Other prion diseases include scrapie in sheep; chronic wasting disease in deer, elk and moose; and bovine spongiform encephalopathy (BSE), or mad cow disease, in cattle.. Scientists have associated the accumulation of these clusters with tissue damage that leaves sponge-like holes in the brain.

“This exciting advance, the culmination of decades of studies on prion diseases, markedly improves on available diagnostic tests for CJD that are less reliable, more difficult for patients to tolerate, and require more time to obtain results,” said Anthony S. Fauci, M.D., director of the National Institute of Allergy and Infectious Diseases (NIAID), a component of NIH. “With additional validation, this test has potential for use in clinical and agricultural settings.”

An easy-to-use diagnostic test would let doctors clearly differentiate prion diseases from other brain diseases, according to Byron Caughey, Ph.D., the lead NIAID scientist involved in the study. Although specific CJD treatments are not available, prospects for their development and effectiveness could be enhanced by early and accurate diagnoses. Further, a test that identifies people with various forms of prion diseases could help to prevent the spread of prion diseases among and between species. For instance, it is known that human prion diseases can be transmitted via medical procedures such as blood transfusions, transplants and the contamination of surgical instruments. People also have contracted variant CJD after exposure to BSE-infected cattle.

The NIAID study involved 31 nasal samples from patients with CJD and 43 nasal samples from patients who had other neurologic diseases or no neurologic disease at all. These samples were collected primarily by Gianluigi Zanusso, M.D., Ph.D., and colleagues at the University of Verona in Italy, who developed the technique of brushing the inside of the nose to collect olfactory neurons connected to the brain. Testing in Dr. Caughey’s lab in Montana then correctly identified 30 of the 31 CJD patients (97 percent sensitivity) and correctly showed negative results for all 43 of the non-CJD patients (100 percent specificity). By comparison, tests using cerebral spinal fluid — currently used to detect sporadic CJD — were 77 percent sensitive and 100 percent specific, and the results took twice as long to obtain.

While continuing to validate the test method in CJD patients, Dr. Caughey’s group is looking to expand the study to diagnose forms of prion diseases in sheep, cattle and wildlife. The team continues to collaborate with Dr. Zanusso’s group, which is looking to replace the nasal brush with an even simpler swabbing approach.

NIAID conducts and supports research — at NIH, throughout the United States, and worldwide — to study the causes of infectious and immune-mediated diseases, and to develop better means of preventing, diagnosing and treating these illnesses. News releases, fact sheets and other NIAID-related materials are available on the NIAID Web site at www.niaid.nih.gov. 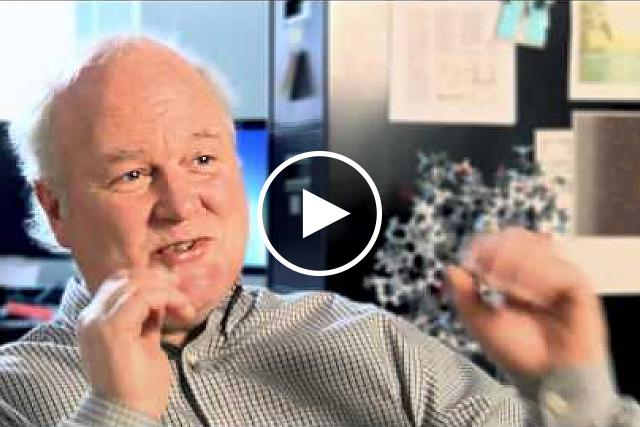 Scientists at the National Institute of Allergy and Infectious Diseases (NIAID) describe a promising nasal brush test that can rapidly and accurately diagnose Creutzfeldt-Jakob disease (CJD), an incurable and ultimately fatal neurodegenerative disorder.