The National Institutes of Health today announced in Nature that it has reached an understanding with the family of the late Henrietta Lacks to allow biomedical researchers controlled access to the whole genome data of cells derived from her tumor, commonly known as HeLa cells. These cells have already been used extensively in scientific research and have helped make possible some of the most important medical advances of the past 60 years. These include the development of modern vaccines, cancer treatments, in vitro fertilization techniques, and many others. HeLa cells are the most widely used human cell lines in existence today. Access to the whole genome data of these cells will be a valuable reference tool for researchers using HeLa cells in their research.

“Just like their matriarch, the Lacks family continues to have a significant impact on medical progress by providing access to an important scientific tool that researchers will use to study the cause and effect of many diseases with the goal of developing treatments,” said NIH Director Francis S. Collins, M.D., Ph.D.

In the Nature Comment, Dr. Collins and NIH Deputy Director for Science, Outreach, and Policy Kathy L. Hudson, Ph.D., describe their collaboration with the family to develop the new policies and also examine some of the larger questions about protection of research participants in the expanding field of genomics research.

“Besides their priceless contributions to biomedical research over the past 60 years, Mrs. Lacks and her family are now serving as a catalyst for policies that advance science, build trust, and protect research participants,” said Dr. Hudson.

“The HeLa genome is another chapter to the never ending story of our Henrietta Lacks,” said Lacks family spokesperson and Henrietta’s granddaughter Jeri Lacks Whye. “She is a phenomenal woman who continues to amaze the world. The Lacks family is honored to be part of an important agreement that we believe will be beneficial to everyone.”

In the same issue of Nature, a team headed by Jay Shendure, M.D., Ph.D., of the University of Washington, Seattle, published a whole genome analysis of the CCL-2 strain of HeLa cells. That paper, which acknowledges the contributions of the Lacks family, pieced together the complex, rearranged genome of the HeLa cells and identified an insertion of the human papilloma virus near an oncogene that may explain the aggressiveness of Lacks’ cancer.

Earlier this year, researchers in Germany published a scientific paper that described the first sequence of the full HeLa genome, comparing the DNA of HeLa cell lines with that of cells from healthy human tissues. That work triggered strong reactions from researchers, patient advocates, and bioethicists who were concerned it violated the privacy of the Lacks family because of the potential to identify the family’s possible disease risk. When the Lacks family expressed concern to the German researchers about what these data might reveal about their disease risk, the data were removed from public view.

“The sequencing and posting of the HeLa genome brought into sharp relief important ethical and policy issues,” said Dr. Collins. “To understand the family’s perspectives, we met with them face to face three times over four months, and listened carefully to their concerns. Ultimately, we arrived at a path forward that respects their wishes and allows science to progress. We are indebted to the Lacks family for their generosity and thoughtfulness.”

The HeLa Genome Data Use Agreement

It is increasingly apparent that engaging the public as a partner is critical to scientific advancement. The Obama Administration is exploring fundamental reforms to human subjects protections—actions that are being driven in part by the fact that technological advances, especially in genomics and computing, have made the notion of “de-identifying” a research participant’s biological sample virtually impossible. Current policy permits the research use of specimens and generation of whole genome sequence data without the knowledge or permission of the people providing the sample, so long as, for example, the researcher cannot identify that person.

The History of HeLa Cells

Henrietta Lacks, an African-American woman who was 31 at the time of her death, was being treated for cervical cancer at Baltimore’s Johns Hopkins Hospital in 1951. Cells were extracted from the biopsy of her tumor sample for use in research without her knowledge or consent. At the time, there were no federal regulations or restrictions on the use of patients’ cells in research. Although Lacks died shortly afterwards from her aggressive disease, scientists were able to keep her cancer cells alive and replicating under laboratory conditions.

The circumstances surrounding the HeLa cell line are unique because the identities of the source of the cell line and her descendants are public and widely known. Because hers were the first human cells cultured continuously for use in research, Lacks’ identity was revealed in a scientific journal in 1971 in reference to the landmark accomplishment. Subsequently, her story was told in a BBC documentary in 1997, and in the 2010 bestselling book, “The Immortal Life of Henrietta Lacks” by Rebecca Skloot. As a result, the Lacks family has been propelled into the spotlight to an extraordinary degree.

The Office of the Director, the central office at NIH, is responsible for setting policy for NIH, which includes 27 Institutes and Centers. This involves planning, managing, and coordinating the programs and activities of all NIH components. The Office of the Director also includes program offices which are responsible for stimulating specific areas of research throughout NIH. Additional information is available at http://www.nih.gov/icd/od.

NIH Office of the Director 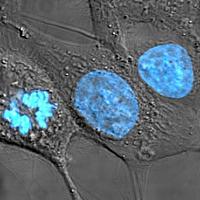 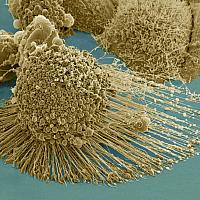 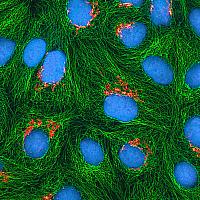 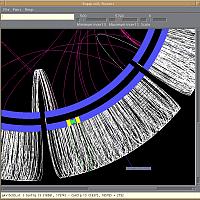 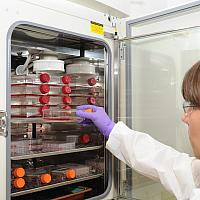