Researchers at the National Eye Institute have discovered cellular mechanisms that help the 13-lined ground squirrel survive hibernation. Their findings could be a step to extending storage of human donor tissues awaiting transplantation and protecting traumatic brain injury patients who undergo induced hypothermia. NEI is part of the National Institutes of Health. The findings were published in the May 3 issue of Cell.

During hibernation, the 13-lined ground squirrel endures near freezing temperatures, dramatically slowing its heart rate and respiration. How the squirrel’s tissues adapt to the cold and metabolic stress has confounded researchers.

A structure in cells known to be vulnerable to cold is the microtubule cytoskeleton. This network of small tubes within a cell provides structural support and acts as a kind of inner cellular railway system, transporting organelles and molecular complexes vital for a cell’s survival.

In a series of experiments, the research team led by Wei Li, Ph.D., a senior investigator in the NEI Retinal Neurophysiology Section and Jingxing Ou, Ph.D., a postdoctoral scientist in Li’s lab, compared cells from non-hibernators to cells from the ground squirrel to determine differences in their response to cold. They found that in ground squirrel neurons the microtubule cytoskeleton remains intact while it deteriorates in the neurons of humans and other non-hibernating animals, including rats.

To investigate the biological factors supporting the squirrel’s cold adaptation, researchers created “hibernation in a dish”. They took cells from a newborn ground squirrel and reprogrammed them to become stem cells, which are undifferentiated cells capable of becoming any type of tissue in the body. Importantly, these lab-made cells, also known as induced pluripotent stem cells (iPSCs), retained the intrinsic cold-adaptive characteristics of the adult squirrel’s cells, thus providing a type of platform for studying how various kinds of the rodent’s cells adapt to the cold.

Next, they compared gene expression of stem cell-derived neurons from ground squirrels and humans. Cold exposure revealed distinct differences in the reaction of mitochondria, organelles that provide energy to the cell in the form of adenosine, triphosphate (ATP). They found that cold-exposed human stem cell-derived neurons tended to overproduce a byproduct of metabolism known as reactive oxygen species (ROS). The overabundance of ROS in human neurons appeared to cause proteins along the microtubules to oxidize, wreaking havoc with the microtubule structure. By comparison, ground squirrel ROS levels remained relatively low and their microtubules remained intact.

Cold exposure also interfered with the human stem cell-derived neurons’ ability to dispose of the toxic oxidized proteins via its protein quality control system. Under normal conditions, lysosomes envelop oxidized proteins and digest them via enzymes called proteases, but in the cold-exposed human neurons, the proteases leaked from the lysosomes and digested nearby microtubules.

The researchers then treated non-hibernating cells prior to cold exposure with two drugs to alter the course of the cold-induced damage. One of the drugs, BAM15, inhibits the production of ATP, which reduces the production of ROS. The second drug inhibited protease activity.

After bathing a variety of cell types from non-hibernators in both drugs, Li and his team exposed them to 4-degrees Celsius for four to 24 hours. The drug combination preserved microtubule structure in human stem cell-derived neurons, and rat retina—the light sensitive tissue at the back of the eye. Subsequent tests showed that the rat retina also remained functional.

In addition to the implications for organ transplantation, these findings pave the way for future studies looking at possible therapeutic applications. For example, inducing hypothermia is a commonly used strategy to protect the brain following a traumatic injury, but the potential benefits are weighed against the potential harm from cold-induced cellular damage.

“By understanding the biology of cold adaptation in hibernation, we may be able to improve and broaden the applications of induced hypothermia in the future, and perhaps prolong the viability of organs prior to transplantation,” Li said. “Kidneys, for example, are typically stored for no more than 30 hours. After that, the tissue starts to deteriorate, impairing the organ’s ability to function properly after its been rewarmed and reperfused. Heart, lungs and livers have an even shorter shelf life.”

The findings also suggest that stem cell-derived neurons from the ground squirrel can serve as a platform for studying other aspects of hibernation adaption, a field of research that has been limited by a lack of transgenic animal models and the inability to induce hibernation in the animal.

The study was funded in part by the Intramural Research Programs of NEI, the National Institute of Neurological Disorders and Stroke, and Center for Human Immunology, Autoimmunity and Inflammation, also part of NIH. It is a collaboration with a bioinformatics team led by Zhi Xie, Ph.D., of the Zhongshan Ophthalmic Center, Ouzhuang, China; Dana Merriman, Ph.D., a hibernation biologist at the University of Wisconsin-Oshkosh, and Barbara Mallon, D.Phil., technical director of the NIH Stem Cell Unit. 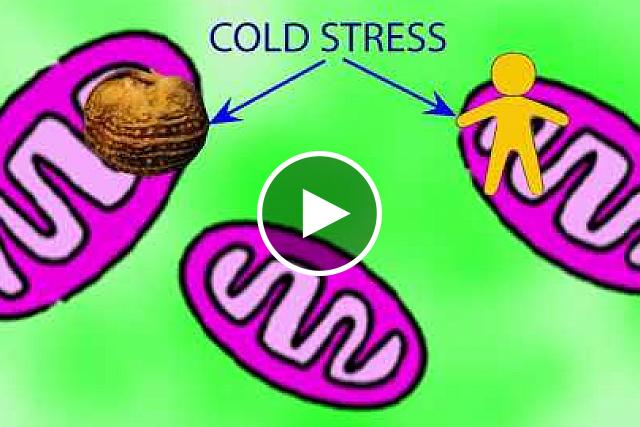 NEI leads the federal government's research on the visual system and eye diseases. NEI supports basic and clinical science programs that result in the development of sight-saving treatments. For more information, visit https://www.nei.nih.gov.