Needle syringe with a vaccine bottle.NIH

As a result of the many scientific research advances over 37 years, we now have highly effective methods of HIV treatment and prevention. These tools have allowed us to make important strides in reducing the burden of HIV in the United States and globally.

Daily antiretroviral treatment keeps those living with HIV healthy, and also prevents sexual transmission of the virus when it is durably suppressed in the HIV-positive partner. Pre-exposure prophylaxis, or PrEP, is highly effective at preventing HIV acquisition when HIV-negative people who want to protect themselves take one pill daily as directed. Other proven methods of HIV prevention, including medical male circumcision, condom use and needle exchange programs, are helping reduce the rate of new HIV infections around the world.

However, HIV remains a burden to individuals and communities in the United States and abroad, with 1.8 million new infections globally in 2016. Mathematical models suggest that even with scale-up of the currently available and highly effective prevention and treatment tools, the rate of decline of new infections is not adequate to bring the pandemic to an end. To truly end the HIV pandemic, we must develop a safe and effective vaccine.

NIAID-supported scientists in clinics and laboratories around the world are following two complementary paths to expedite the development of an HIV vaccine. The empirical approach relies on building upon prior partial success with additional observation and experimentation to advance vaccine candidates into human clinical trials. Scientists also are pursuing a second, theoretical approach that designs vaccine candidates based on the reasonable assumption that a certain type of immune response would protect against HIV infection.

The empirical approach was reinvigorated in 2009 when results from the large RV144 clinical trial in Thailand showed for the first time that an investigational vaccine regimen could confer a degree of protection, albeit modest, against HIV. Today, NIH and our global partners are continuing to build upon the findings from RV144 and other HIV vaccine studies. 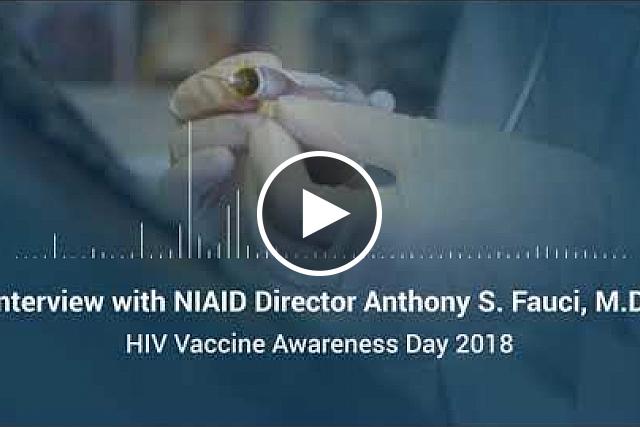 Two large HIV vaccine efficacy clinical trials are now ongoing in southern Africa. HVTN 702 launched in late 2016 and is designed to determine whether an experimental vaccine regimen based on the one used in RV144 can safely prevent HIV infection among adults in South Africa. The study team is enrolling 5,400 HIV-negative, sexually active men and women aged 18 to 35 years at 15 sites, and results are expected in late 2020.

In late 2017, NIAID and partners launched HVTN 705/HPX2008, also known as Imbokodo, a large proof-of-concept clinical trial in southern Africa to assess whether an experimental vaccine regimen is safe and able to prevent HIV infection. This regimen includes a “mosaic” vaccine designed to induce immune responses against a wide variety of global HIV strains. The investigators aim to enroll 2,600 HIV-negative women, and results are expected in 2021.

The theoretical approach to developing an HIV vaccine involves studying the immune response to HIV infection and finding ways to generate and enhance that response through vaccination. Some of these strategies aim to prevent HIV infection by developing broadly neutralizing antibodies, better understanding the structure of the virus, and generating a protective cellular response.

Researchers are studying the passive transfer of broadly neutralizing antibodies that could provide people with long-acting protection against HIV infection. This concept is being tested in two large clinical trials in the Americas and Africa to determine whether giving people an intravenous infusion of the antibody VRC01 every eight weeks is safe, tolerable, and effective at preventing HIV infection.

Other powerful antibodies also may provide protection against HIV. In September 2017, NIAID scientists and partners from the Paris-based pharmaceutical company Sanofi reported that a three-pronged antibody made in the laboratory protected monkeys from infection better than did the individual antibodies from which the engineered antibody is derived. This new antibody binds to three different sites on the virus, in contrast to natural, single-site antibodies, which could make it more difficult for HIV to escape. Plans are underway to conduct early phase clinical trials of this “trispecific” antibody in the expectation that it could eventually be used for long-acting HIV prevention and treatment.

These advances and ongoing investigations provide cautious optimism that the development of an HIV vaccine is making headway. With each new finding, and with gratitude to those who volunteer for HIV vaccine clinical trials, we move further along the pathway toward a vaccine. On this HIV Vaccine Awareness Day, we are encouraged by the progress that has been made, and pledge to continue our pursuit of the goal of developing a safe and effective HIV vaccine that could help end the HIV pandemic.