The accumulation of age-associated changes in a biochemical process that helps control genes may be responsible for some of the increased risk of cancer seen in older people, according to a National Institutes of Health study.

Scientists have known for years that age is a leading risk factor for the development of many types of cancer, but why aging increases cancer risk remains unclear. Researchers suspect that DNA methylation, or the binding of chemical tags, called methyl groups, onto DNA, may be involved. Methyl groups activate or silence genes, by affecting interactions between DNA and the cell’s protein-making machinery.

Zongli Xu, Ph.D., and Jack Taylor, M.D., Ph.D., researchers from the National Institute of Environmental Health Sciences (NIEHS), part of NIH, identified DNA methylation sites across the human genome that changed with age. They demonstrated that a subset of those sites — the ones that become increasingly methylated with advancing age — are also disproportionately methylated in a variety of human cancers. Their findings were published online in the journal Carcinogenesis.

“You can think of methylation as dust settling on an unused switch, which then prevents the cell from turning on certain genes,” Taylor said. “If a cell can no longer turn on critical developmental programs, it might be easier for it to become a cancer cell.”

Xu and Taylor made the discovery using blood samples from participants in the Sister Study, a nationwide research effort to find the environmental and genetic causes of breast cancer and other diseases. More than 50,000 sisters of women who have had breast cancer are participating in the study.

The researchers analyzed blood samples from 1,000 women, using a microarray that contained 27,000 specific methylation sites. Nearly one-third of the sites showed increased DNA methylation in association with age. They then looked at three additional data sets from smaller studies that used the same microarray and found 749 methylation sites that behaved consistently across all four data sets. As an additional check, they consulted methylation data from normal tissues and seven different types of cancerous tumors in The Cancer Genome Atlas, a database funded by the National Cancer Institute and the National Human Genome Research Institute.

Taylor said that DNA methylation appears to be part of the normal aging process and occurs in genes involved in cell development. Cancer cells often have altered DNA methylation, but the researchers were surprised to find that 70-90 percent of the sites associated with age showed significantly increased methylation in all seven cancer types. Taylor suggests that age-related methylation may disable the expression of certain genes, making it easier for cells to transition to cancer.

The research also determined how fast these methylation events accumulate in cells. They occur at a rate of one per year, according to Xu.

“On your 50th birthday, you would have 50 of these sites [from the subset of 749] that have acquired methyl groups in each cell,” Xu said. “The longer you live, the more methylation you will have.”

For future work, Xu and Taylor want to examine more samples, using a newer microarray that will explore methylation at 450,000 genomic methylation sites. The additional samples and larger microarray, which will provide 16 times more genomic coverage, will allow them to address whether environmental exposures during adulthood or infancy affect methylation profiles. These additional studies will help scientists better understand why methylation happens as people march toward their retirement years.

DNA methylation is one of several epigenetic mechanisms that can control gene expression without changes in DNA sequence. This study is part of a broader research effort, funded by NIEHS, to understand how environmental and other factors affect epigenetic mechanisms in relation to health.

NIEHS supports research to understand the effects of the environment on human health and is part of NIH. For more information on environmental health topics, visit http://www.niehs.nih.gov. Subscribe to one or more of the NIEHS news lists to stay current on NIEHS news, press releases, grant opportunities, training, events, and publications. 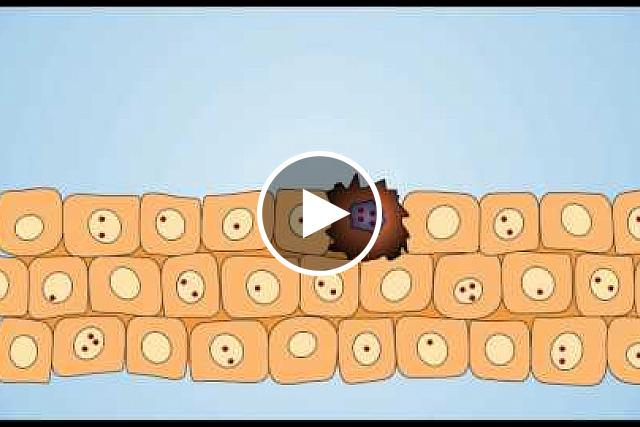