Previously unknown category of neuron responds to pulling of a single hair.

Researchers from the National Institutes of Health have identified a class of sensory neurons (nerve cells that electrically send and receive messages between the body and brain) that can be activated by stimuli as precise as the pulling of a single hair. Understanding basic mechanisms underlying these different types of responses will be an important step toward the rational design of new approaches to pain therapy. The findings were published in the journal Neuron.

“Scientists know that distinct types of neurons detect different types of sensations, such as touch, heat, cold, pain, pressure, and vibration,” noted Alexander Chesler, Ph.D., lead author of the study and principal investigator with the National Center for Complementary and Integrative Health’s (NCCIH) Division of Intramural Research (DIR). “But they know more about neurons involved with temperature and touch than those underlying mechanical pain, like anatomical pain related to specific postures or activities.”

In this study, Chesler and his colleagues used a novel strategy that combined functional imaging (which measures neuronal activity), recordings of electrical activity in the brain, and genetics to see how neurons respond to various stimuli. The scientists focused on a class of sensory neurons that express a gene called Calca, as these neurons have a long history in pain research.

The scientists applied various stimuli to the hairy skin of mice cheeks, including gentle mechanical stimuli (air puff, stroking, and brushing), “high-threshold” mechanical stimuli (hair pulling and skin pinching), and temperature stimulation. They found that the target neurons belong to two broad categories, both of which were insensitive to gentle stimulation. The first was a well-known type of pain fiber—a polymodal nociceptor—that responds to a host of high intensity stimuli such as heat and pinching. The second was a unique and previously unknown type of neuron that responded robustly to hair pulling. They called this previously undescribed class of high-threshold mechanoreceptors (HTMRs) “circ-HTMRs,” due to the unusual nerve terminals these neurons made in skin. They observed that the endings of the fibers made lasso-like structures around the base of each hair follicle.

The researchers conducted additional experiments to learn more about circ-HTMRs, and found that their direct activation (using a technique called optogenetics) was sufficient to drive protective behaviors, such as avoiding a chamber paired with blue light stimulation.

“One interesting feature of these neurons is that they have large spatially organized receptive fields, yet can be activated by pulling a single hair,” noted Chesler. “Their electrical properties enable them to signal much more rapidly than normal pain fibers and to keep firing as long as the hair is being pulled.”

“These findings add insight into how the somatosensory system encodes pain,” said NCCIH Director Josephine Briggs, M.D. “Learning more about the distinctive features of circ-HTMRs could contribute to rapid, accurate localization of brain regions activated in mechanical pain, and ultimately to the rational design of new approaches to pain therapy.”

NCCIH’s DIR Program, led by pain researcher, Dr. Catherine Bushnell, conducts basic, clinical, and translational research focusing on the role of the brain in perceiving, modifying, and managing pain. Research projects include investigating the role of the brain in pain processing and control, and how factors such as emotion, attention, environment, and genetics affect pain perception.

About the National Center for Complementary and Integrative Health (NCCIH): NCCIH’s mission is to define, through rigorous scientific investigation, the usefulness and safety of complementary and integrative health approaches and their roles in improving health and health care. For additional information, call NCCIH’s Clearinghouse toll free at 1-888-644-6226. Follow us on Twitter, Facebook, and YouTube. 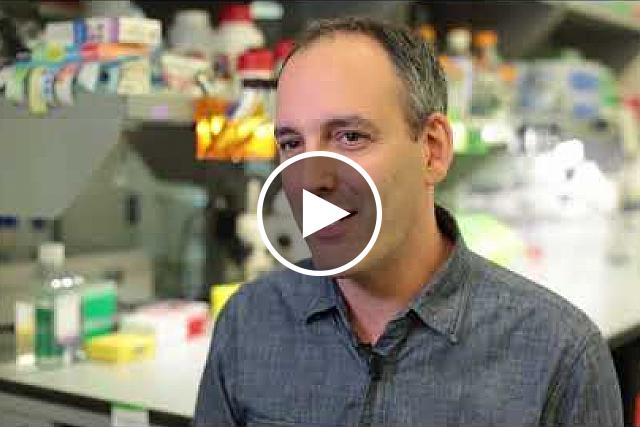