A molecular pathway within the brain’s reward circuitry appears to contribute to alcohol abuse, according to laboratory mouse research supported by the National Institute on Alcohol Abuse and Alcoholism (NIAAA), part of the National Institutes of Health. The findings, published online today in Proceedings of the National Academy of Sciences, also provide evidence that the pathway may be a promising new target for the treatment of alcohol problems.

"By advancing our understanding of the neuroscience and treatment of alcohol problems, these findings open new avenues for research and discovery," says NIAAA Acting Director Kenneth R. Warren, Ph.D.

The mammalian target of rapamycin complex 1, or mTORC1, is a group of proteins found in cells throughout the body. An important part of the cellular machinery, mTORC1 sends signals that help regulate the size and number of cells. Scientists have also found that it is involved in other cellular processes. For example, in the central nervous system, mTORC1 has been linked to processes related to learning and memory. Because problems in the cellular mechanisms that underlie learning and memory can contribute to alcohol abuse disorders, NIAAA-supported researchers at the Ernest Gallo Clinic and Research Center of the University of California, San Francisco (UCSF) hypothesized that mTORC1 might be involved in alcohol problems.

In laboratory studies conducted with mice, researchers led by Dorit Ron, Ph.D., a Gallo Center principal investigator and a professor of neurology at UCSF, measured an increase in mTORC1 cellular products in the nucleus accumbens of mice that had consumed alcohol — an indication that alcohol activates the mTORC1 pathway. The nucleus accumbens is a brain region that in rodents and humans is part of the reward system that affects craving for alcohol and other addictive substances. They then showed that rapamycin, an immunosuppressant drug that blocks the mTORC1 pathway, decreased excessive alcohol consumption, binge drinking, and alcohol-seeking behavior in the rodents. Rapamycin is currently used to prevent the rejection of transplanted organs.

"Our findings show that the mTORC1 pathway is an important contributor to mechanisms that underlie alcohol-seeking behavior," says Dr. Ron. "They also suggest that novel rapamycin-like compounds might be useful treatments for alcohol use disorders." 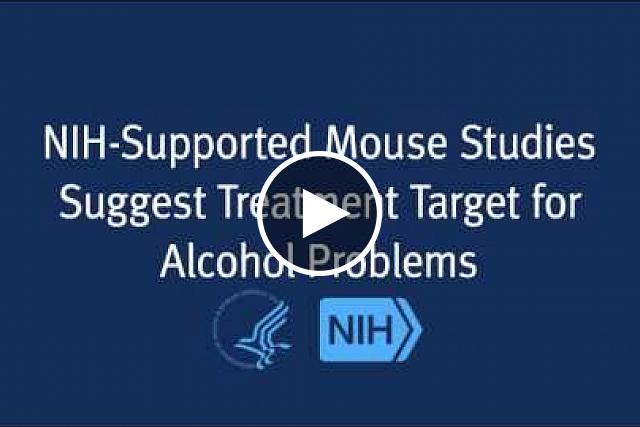 In the central nervous system, the mammalian target of rapamycin complex 1 (mTORC1) signaling pathway has been linked to processes related to learning and memory. Since alcohol abuse disorders stem in part from a maladaptive form of learning and memory, NIAAA researchers hypothesized that mTORC1 might be involved in alcohol problems.