The National Institutes of Health has launched a new initiative to identify biomarkers and track the progression of Alzheimer’s in people with Down syndrome. Many people with Down syndrome have Alzheimer’s-related brain changes in their 30s that can lead to dementia in their 50s and 60s. Little is known about how the disease progresses in this vulnerable group. The NIH Biomarkers of Alzheimer’s Disease in Adults with Down Syndrome Initiative will support teams of researchers using brain imaging, as well as fluid and tissue biomarkers in research that may one day lead to effective interventions for all people with dementia.

The studies will be funded by the National Institute on Aging (NIA) and the Eunice Kennedy Shriver National Institute of Child Health and Human Development (NICHD), both part of NIH. The institutes are jointly providing an estimated $37 million over five years to two highly collaborative projects, which enlist a number of leading researchers to the effort. To advance Alzheimer’s research worldwide, the teams will make their data and samples freely available to qualified researchers.

“This is the first large-scale Alzheimer’s biomarker endeavor to focus on this high-risk group,” said Laurie Ryan, Ph.D., chief of the Dementias of Aging Branch in NIA’s Division of Neuroscience, which leads NIH research on Alzheimer’s.  “Much like the long-established Alzheimer’s Disease Neuroimaging Initiative, the goal of this initiative is to develop biomarker measures that signal the onset and progression of Alzheimer’s in people with Down syndrome. Hopefully, one day, we will also use these biomarkers to determine the effectiveness of promising treatments.”

The link between Alzheimer’s and Down syndrome is well-known. People with Down syndrome are born with an extra copy of chromosome 21, which contains the amyloid precursor protein gene. This gene plays a role in the production of harmful amyloid plaque, sticky clumps that build up outside neurons in Alzheimer’s disease. Having three copies of this gene is a known risk factor for early-onset Alzheimer’s that can occur in people in their 30s, 40s and 50s. By middle age, most but not all adults with Down syndrome develop signs of Alzheimer’s, and a high percentage go on to develop symptoms of dementia as they age into their 70s.

The initiative establishes funding for two research teams that will pool data and standardize procedures, increase sample size, and collectively analyze data that will be made widely available to the research community. The teams will employ an array of biomarkers to identify and track Alzheimer’s-related changes in the brain and cognition for over 500 Down syndrome volunteers, aged 25 and older. The measures include:

“Over the past 30 years, the average lifespan of people with Down syndrome has doubled to 60 years—a  bittersweet achievement when faced with the possibility of developing Alzheimer’s,” said Melissa Parisi, M.D., Ph.D., chief of the NICHD Intellectual and Developmental Disabilities Branch, which leads NIH’s Down syndrome research. “There is much to learn about Alzheimer’s in Down syndrome, and we’re hopeful that these new projects will provide some answers. One mystery we hope to solve is whether or not the disease progresses at a faster rate in this group.”

Parisi noted that research into Alzheimer’s in Down syndrome is a key focus of the National Plan to Address Alzheimer’s Disease, which calls for improved care for specific populations that are unequally burdened by the disease, including people with Down syndrome, and for increased research that may lead to possible Alzheimer’s therapies.

Learn more about this topic at https://www.nia.nih.gov/alzheimers/publication/alzheimers-disease-people-down-syndrome.

About the Eunice Kennedy Shriver National Institute of Child Health and Human Development (NICHD): The NICHD sponsors research on development, before and after birth; maternal, child, and family health; reproductive biology and population issues; and medical rehabilitation. For more information, visit the Institute’s website at http://www.nichd.nih.gov.

About the National Institute on Aging: The NIA leads the federal government effort conducting and supporting research on aging and the health and well-being of older people. It provides information on age-related cognitive change and neurodegenerative disease specifically at its Alzheimer’s Disease Education and Referral (ADEAR) Center at www.nia.nih.gov/alzheimers. 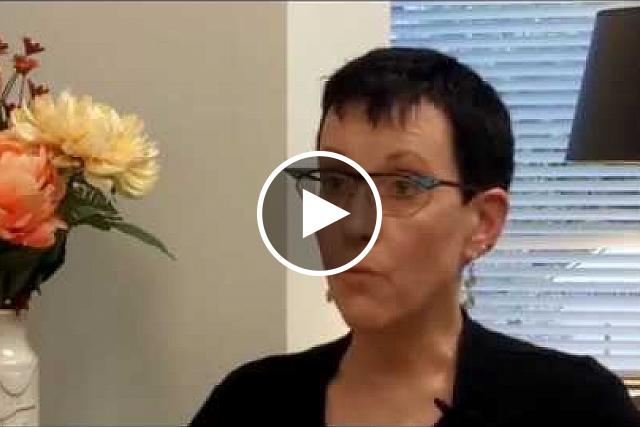 Dr. Laurie Ryan of the National Institute on Aging discusses a new NIH initiative aimed at discovering biomarkers of Alzheimer’s disease in adults with Down syndrome.