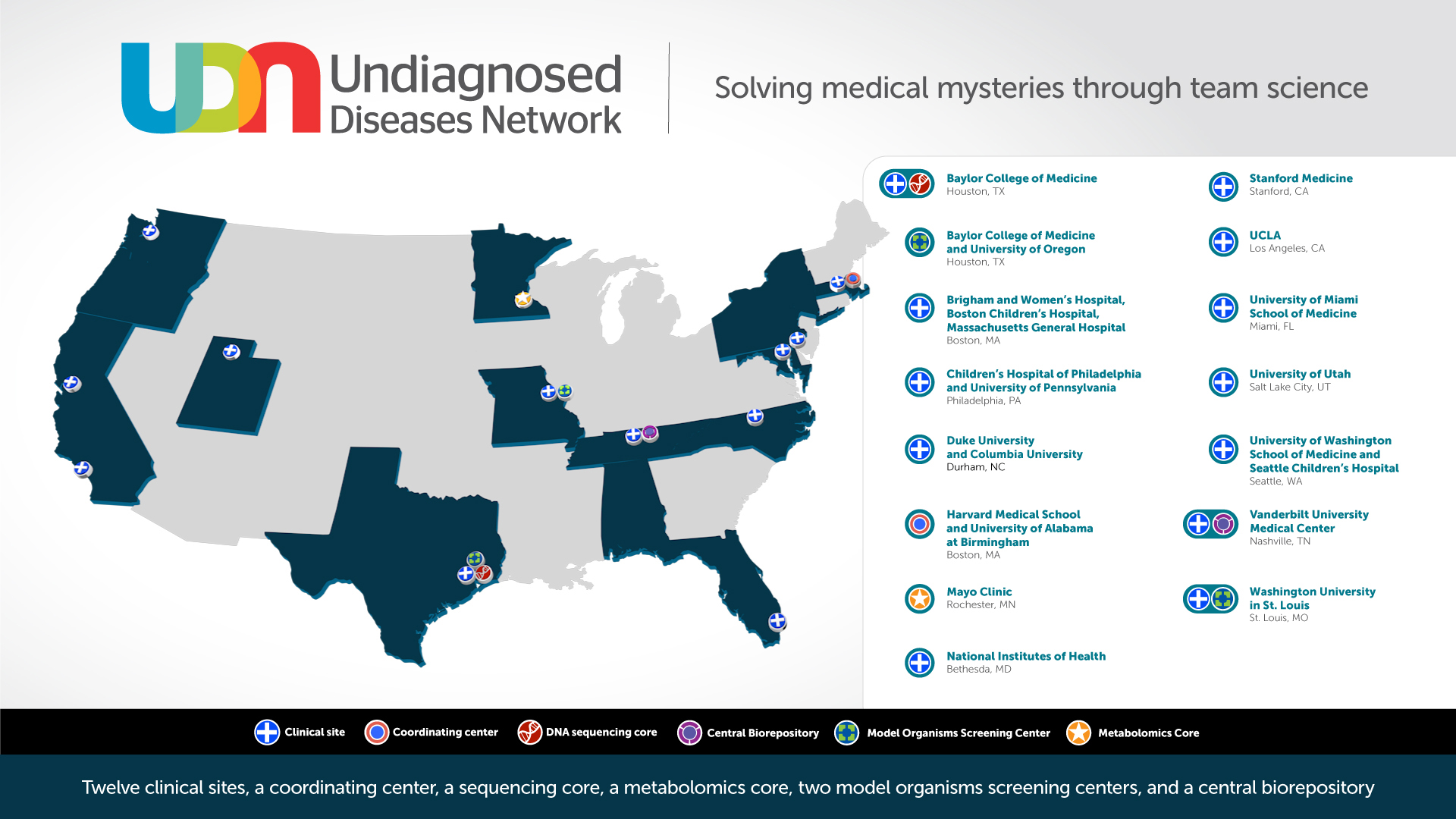 Grants to improve and accelerate the diagnosis of rare and undiagnosed conditions were made to academic medical centers across the nation Monday. The new awards are part of  the second phase of the National Institutes of Health’s Undiagnosed Diseases Network (UDN). The total investment planned for the UDN over the next four years will be approximately $100 million, pending the availability of funds.

These grants will expand the UDN from seven to 12 clinical sites, increasing the geographical distribution of the nationwide network and the number of people with access to a UDN clinical site. Since opening to applications in 2015, the network has already diagnosed over 200 cases that had long been mysteries to the medical community.

“The UDN is pioneering a new personalized medicine model for helping those patients who have historically been the most difficult for the medical community to diagnose,” said James M. Anderson, M.D., Ph.D., director of NIH’s Division of Program Coordination, Planning, and Strategic Initiatives (DPCPSI), which provides financial support and joint leadership for the network via the NIH Common Fund. “By bringing together a nationwide network of top clinicians and laboratory researchers using the most up to date medical technology and knowledge, the UDN is able to provide hope to these patients, and in many cases discover a diagnosis.”

The UDN was launched to build on the success of the Undiagnosed Diseases Program (UDP) at the NIH Clinical Center. “The UDN takes advantage of cutting-edge technologies such as genomic sequencing, metabolomics and assessing patient variants in model organisms to give clinicians new, powerful information to help understand the cause of extremely rare diseases,” said Anastasia L. Wise, Ph.D., program director for the UDN in the National Human Genome Research Institute’s Division of Genomic Medicine.

The UDN awards are managed by NHGRI, the National Center for Advancing Translational Sciences, and the National Institute of Neurological Disorders and Stroke.

About the National Center for Advancing Translational Sciences (NCATS): NCATS conducts and supports research on the science and operation of translation — the process by which interventions to improve health are developed and implemented — to allow more treatments to get to more patients more quickly. For more information about how NCATS is improving health through smarter science, visit https://ncats.nih.gov.

About the National Human Genome Research Institute (NHGRI): NHGRI is the driving force for advancing genomics research at the National Institutes of Health. By conducting and funding world-class genomics research, training the next generation of genomics experts, and collaborating with diverse communities, NHGRI accelerates scientific and medical breakthroughs that improve human health.