Cells use RNA to communicate; researchers may be able to translate this information into clinical applications.

Extracellular RNA molecules associated with carriers that will transport them between cells.Luc Laurent

The biomolecule ribonucleic acid (RNA) is pivotal to cell function. RNA plays various roles in determining how the information in our genes drives cell behavior. One of its roles is to carry information encoded by our genes from the cell nucleus to the rest of the cell where it can be acted on by other cell components. Thanks to a program supported by the National Institutes of Health, researchers have now defined how RNA also participates in transmitting information outside cells, known as extracellular RNA or exRNA. This new role of RNA in cell-to-cell communication has led to new discoveries of potential disease biomarkers and therapeutic targets.

The NIH Common Fund-supported Extracellular RNA Communication program launched in 2013 to jump-start progress in this new area of biomedical research. Scientists from the Extracellular RNA Communication Consortium (ERCC) published their findings in more than 480 articles, including a landmark collection of papers released today on the biology and possible clinical applications of exRNA in the Cell family of journals.

“Cells using RNA to talk to each other is a significant shift in how we think about RNA biology,” said NIH Director Francis S. Collins, M.D., Ph.D. “The field was ripe for NIH investment to boost early discoveries and create resources the whole research community could use to explore this new role for RNA.”

ERCC researchers explored basic exRNA biology, including how exRNA molecules and their transport packages (or carriers) were made, how they were expelled by producer cells and taken up by target cells, and what the exRNA molecules did when they got to their destination. They encountered surprising complexity both in the types of carriers that transport exRNA molecules between cells and in the different types of exRNA molecules associated with the carriers. The researchers had to be exceptionally creative in developing molecular and data-centric tools to begin making sense of the complexity, and found that the type of carrier affected how exRNA messages were sent and received.

As couriers of information between cells, exRNA molecules and their carriers give researchers an opportunity to intercept exRNA messages to see if they are associated with disease. If scientists could change or engineer designer exRNA messages, it may be a new way to treat disease. ERCC researchers identified potential exRNA biomarkers for nearly 30 diseases including cardiovascular disease, diseases of the brain and central nervous system, pregnancy complications, glaucoma, diabetes, autoimmune diseases and multiple types of cancer.

For example, researchers found that exRNA in urine showed promise as a biomarker of muscular dystrophy where current studies rely on markers obtained through painful muscle biopsies. Other ERCC researchers laid the groundwork for exRNA as therapeutics with preliminary studies demonstrating how researchers might load exRNA molecules into suitable carriers and target carriers to intended recipient cells, and determining whether engineered carriers could have adverse side effects. In a pre-clinical study, scientists engineered carriers with designer RNA messages to target lab-grown breast cancer cells displaying a certain protein on their surface. In an animal model of breast cancer with the cell surface protein, the researchers saw a reduction in tumor growth after engineered carriers deposited their RNA cargo. 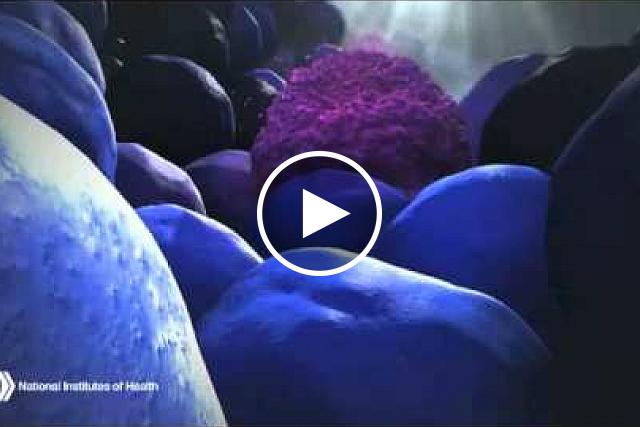 Another goal of the ERCC was to create a catalog of exRNA molecules found in human biofluids like plasma, saliva and urine. Program researchers analyzed over 50,000 samples from over 2000 donors, generating exRNA profiles for 13 biofluids. This included over 1000 exRNA profiles from healthy volunteers. ERCC researchers found that exRNA profiles varied greatly among healthy individuals depending on characteristics like age and environmental factors like exercise. This means that exRNA profiles can give important and detailed information about health and disease, but careful comparisons need to be made with exRNA data generated from people with similar characteristics.

These profiles are publicly available through the exRNA Portal, created as part of the ERCC’s goal to develop and share exRNA data, computational technologies and tools. The exRNA Portal is a central access point for exRNA resources including protocols, data, reagents, software and data standards. These resources are available to the research community to move the new field of exRNA biology forward more quickly.

In summer of 2019, the ExRNA Communication program will enter a second stage to tackle the complexity of exRNA molecules and the diverse array of carriers. ERCC stage 2 researchers will develop tools to efficiently and reproducibly isolate, identify and analyze different carrier types and their exRNA cargos and allow analysis of one carrier and its cargo at a time. These tools will be shared with the research community to fill gaps in knowledge generated during the first stage of the program, and to continue to move this field forward.

The ExRNA Communication program is funded by the NIH Common Fund. It is managed by a trans-NIH working group and led by staff from the Common Fund; National Center for Advancing Translational Sciences; National Cancer Institute; National Heart, Lung, and Blood Institute; and National Institute on Drug Abuse.

About the NIH Common Fund: The NIH Common Fund encourages collaboration and supports a series of exceptionally high-impact, trans-NIH programs. Common Fund programs are managed by the Office of Strategic Coordination in the Division of Program Coordination, Planning, and Strategic Initiatives in the NIH Office of the Director in partnership with the NIH Institutes, Centers, and Offices. More information is available at the Common Fund website: https://commonfund.nih.gov.