Scientists sniff out unexpected role for stem cells in the brain

Making “scents” of new cells in the brain’s odor-processing area Adult-born cells travel through the thin rostral migratory stream before settling into the olfactory bulb, the large structure in the upper right of the image.Belluscio Lab, NINDS

For decades, scientists thought that neurons in the brain were born only during the early development period and could not be replenished. More recently, however, they discovered cells with the ability to divide and turn into new neurons in specific brain regions. The function of these neuroprogenitor cells remains an intense area of research. Scientists at the National Institutes of Health (NIH) report that newly formed brain cells in the mouse olfactory system — the area that processes smells — play a critical role in maintaining proper connections. The results were published in the October 8 issue of the Journal of Neuroscience.

“This is a surprising new role for brain stem cells and changes the way we view them,” said Leonardo Belluscio, Ph.D., a scientist at NIH’s National Institute of Neurological Disorders and Stroke (NINDS) and lead author of the study.

The olfactory bulb is located in the front of the brain and receives information directly from the nose about odors in the environment. Neurons in the olfactory bulb sort that information and relay the signals to the rest of the brain, at which point we become aware of the smells we are experiencing. Olfactory loss is often an early symptom in a variety of neurological disorders, including Alzheimer’s and Parkinson’s diseases.

In a process known as neurogenesis, adult-born neuroprogenitor cells are generated in the subventricular zone deep in the brain and migrate to the olfactory bulb where they assume their final positions. Once in place, they form connections with existing cells and are incorporated into the circuitry.

Dr. Belluscio, who studies the olfactory system, teamed up with Heather Cameron, Ph.D., a neurogenesis researcher at the NIH’s National Institute of Mental Health, to better understand how the continuous addition of new neurons influences the circuit organization of the olfactory bulb. Using two types of specially engineered mice, they were able to specifically target and eliminate the stem cells that give rise to these new neurons in adults, while leaving other olfactory bulb cells intact. This level of specificity had not been achieved previously.

In the first set of mouse experiments, Dr. Belluscio’s team first disrupted the organization of olfactory bulb circuits by temporarily plugging a nostril in the animals, to block olfactory sensory information from entering the brain. His lab previously showed that this form of sensory deprivation causes certain projections within the olfactory bulb to dramatically spread out and lose the precise pattern of connections that show under normal conditions. These studies also showed that this widespread disrupted circuitry could re-organize itself and restore its original precision once the sensory deprivation was reversed.

However, in the current study, Dr. Belluscio’s lab reveals that once the nose is unblocked, if new neurons are prevented from forming and entering the olfactory bulb, the circuits remain in disarray. “We found that without the introduction of the new neurons, the system could not recover from its disrupted state,” said Dr. Belluscio.

To further explore this idea, his team also eliminated the formation of adult-born neurons in mice that did not experience sensory deprivation. They found that the olfactory bulb organization began to break down, resembling the pattern seen in animals blocked from receiving sensory information from the nose. And they observed a relationship between the extent of stem cell loss and amount of circuitry disruption, indicating that a greater loss of stem cells led to a larger degree of disorganization in the olfactory bulb.

According to Dr. Belluscio, it is generally assumed that the circuits of the adult brain are quite stable and that introducing new neurons alters the existing circuitry, causing it to re-organize. “However, in this case, the circuitry appears to be inherently unstable requiring a constant supply of new neurons not only to recover its organization following disruption but also to maintain or stabilize its mature structure. It’s actually quite amazing that despite the continuous replacement of cells within this olfactory bulb circuit, under normal circumstances its organization does not change,” he said.

Dr. Belluscio and his colleagues speculate that new neurons in the olfactory bulb may be important to maintain or accommodate the activity-dependent changes in the system, which could help animals adapt to a constantly varying environment.

“It’s very exciting to find that new neurons affect the precise connections between neurons in the olfactory bulb. Because new neurons throughout the brain share many features, it seems likely that neurogenesis in other regions, such as the hippocampus, which is involved in memory, also produce similar changes in connectivity,” said Dr. Cameron.

The underlying basis of the connection between neurological disease and changes in the olfactory system is also unknown but may come from a better understanding of how the sense of smell works. “This is an exciting area of science,” said Dr. Belluscio, “I believe the olfactory system is very sensitive to changes in neural activity and given its connection to other brain regions, it could lend insight into the relationship between olfactory loss and many brain disorders.”

This work was supported by the NIH Intramural Program.

About the National Institute of Mental Health (NIMH): The mission of the NIMH is to transform the understanding and treatment of mental illnesses through basic and clinical research, paving the way for prevention, recovery and cure. For more information, visit http://www.nimh.nih.gov. 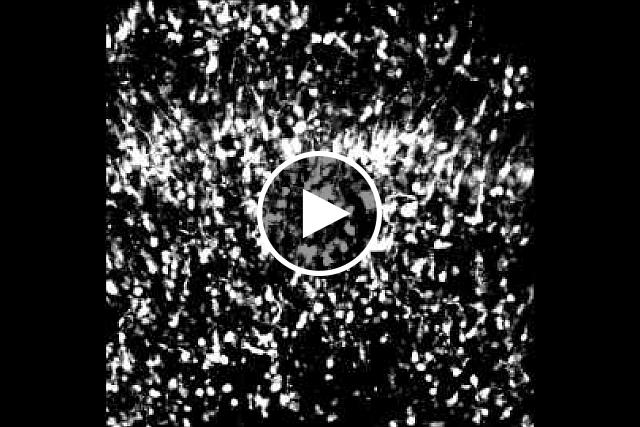 Scientists discovered an unexpected role for newborn cells by studying the wiring diagram of the mouse olfactory bulb, the part of the brain that turns smells into nerve signals. Video courtesy of the Belluscio lab, NINDS.