NIH-funded study explores how information flow in the brain is centrally regulated for sleep and wakefulness.

Ever wonder why it’s hard to focus after a bad night’s sleep? Using mice and flashes of light, scientists show that just a few nerve cells in the brain may control the switch between internal thoughts and external distractions. The study, partly funded by the National Institutes of Health, may be a breakthrough in understanding how a critical part of the brain, called the thalamic reticular nucleus (TRN), influences consciousness.

“Now we may have a handle on how this tiny part of the brain exerts tremendous control over our thoughts and perceptions,” said Michael Halassa, M.D., Ph.D., assistant professor at New York University’s Langone Medical Center and a lead investigator of the study. “These results may be a gateway into understanding the circuitry that underlies neuropsychiatric disorders.”

The TRN is a thin layer of nerve cells on the surface of the thalamus, a center located deep inside the brain that relays information from the body to the cerebral cortex. The cortex is the outer, multi-folded layer of the brain that controls numerous functions, including one’s thoughts, movements, language, emotions, memories, and visual perceptions. TRN cells are thought to act as switchboard operators that control the flow of information relayed from the thalamus to the cortex.

To understand how the switches may work, Dr. Halassa and his colleagues studied the firing patterns of TRN cells in mice during sleep and arousal, two states with very different information processing needs. The results published in Cell, suggest that the TRN has many switchboard operators, each dedicated to controlling specific lines of communication. Using this information, the researchers could alter the attention span of mice.

“The future of brain research is in studying circuits that are critical for brain health and these results may take us a step further,” said James Gnadt, Ph.D., program director at NIH’s National Institute Neurological Disorders and Stroke (NINDS), which helped fund the study. “Understanding brain circuits at the level of detail attained in this study is a goal of the President’s Brain Research through Advancing Innovative Neurotechnologies (BRAIN) Initiative.”

To study the circuits, the researchers identified TRN cells that send inhibitory signals to parts of the thalamus known to relay visual information to the cortex. Using a technique known as multi-electrode recordings, they showed that sleep and concentration affected these cells in opposite ways.

They fired often when the mice were asleep, especially during short bursts of simultaneous brain cell activity called sleep spindles. These activity bursts briefly widen electrical brain wave traces making them look like spindles, the straight spikes with rounded bottoms used to make yarn. In contrast, the cells fired infrequently when the mice were tasked with using visual cues to find food. The results suggested that these cells blocked visual information from reaching the cortex during sleep and allowed its transmission when the mice were awake and attentive.

For Dr. Halassa, a practicing psychiatrist who treats schizophrenia, these surprising results may provide fundamental insights into how the brain controls information transmission, a process that is disrupted in patients with neuropsychiatric disorders. Previous studies suggested that people who experienced more spindles while sleeping were less susceptible to being disturbed by outside noises. Moreover, people with schizophrenia and autism spectrum disorder may experience fewer spindles.

“Spindles may be peepholes into the mysteries of these disorders,” said Dr. Halassa.

To test this idea, the researchers used optogenetics, a technique that introduces light-sensitive molecules into nerve cells. This allowed them to precisely control the firing patterns of visual TRN cells with flashes of laser light. The experiments were performed in well-rested as well as sleep-deprived mice. Similar to what is seen in humans, sleep deprivation can disrupt the ability of mice to focus and block out external distractions.

Well-rested mice needed just a second or two to find the food whereas sleep-deprived mice took longer, suggesting that lack of sleep had detrimental effects on their ability to focus. When the researchers used flashes of laser light to inhibit the firing of optogenetically engineered visual TRN cells in sleep-deprived mice, the mice found the food faster. In contrast, if they used optogenetics to induce sleep-like firing patterns in well-rested mice, then the mice took longer to find food.

“It’s as if with a flick of a switch we could alter the mental states of the mice and either mimic or cure their drowsiness,” said Dr. Halassa.

In a parallel set of experiments the researchers found neighbors of the visual TRN cells had very different characteristics. These neighboring cells control the flow of information to the cortex from limbic brain regions, which are involved with memory formation, emotions and arousal. The cells fired very little during sleep and instead were active when the mice were awake. Dr. Halassa thinks that their firing pattern may be important for the strengthening of new memories that often occurs during sleep. Combined, the results suggest that the TRN is divided into sub-networks that oversee discrete mental states. The researchers think understanding the sub-networks is an initial step in thoroughly exploring the role of the TRN in brain disorders.

For more information on sleeping and other neurological disorders: http://www.ninds.nih.gov/disorders/disorder_index.htm

The BRAIN Initiative is a bold new research effort to revolutionize our understanding of the human mind and uncover new ways to treat, prevent, and cure brain disorders like Alzheimer’s, schizophrenia, autism, epilepsy, and traumatic brain injury. For more information: http://www.nih.gov/science/brain. 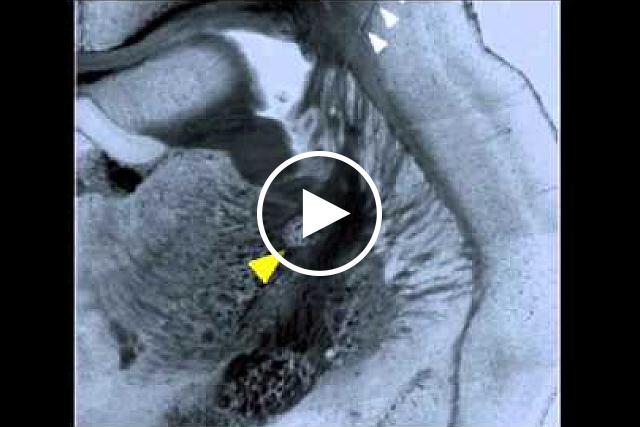 Scientists studied how just a few nerve cell in the mouse brain may control the switch between internal thoughts and external distractions. Using optogenetics, a technique that uses light-sensitive molecules to control nerve cell firing, the scientists were able to switch on and off drowsiness in mice. Video courtesy of the Halassa lab, NYU Langone Medical Center and NINDS.