NIH’s 2013 Monitoring the Future Survey shows high rates of marijuana use; decreases in abuse of pain relievers and synthetic drugs.

Percentage who think regular marijuana use is harmful

The percentage of high-schoolers who see great risk from being regular marijuana users has dropped dramatically in the past 10 years, according to this year’s Monitoring the Future (MTF) survey, which measures drug use and attitudes among the nation’s eighth-, 10th-, and 12th-graders. The change in attitudes is reflected in continued high rates of marijuana use in all three grades and could predict higher use in future years, based upon past MTF data showing an association between softening attitudes and increased use of marijuana.

The survey reports that 39.5 percent of 12th graders view regular marijuana use as harmful, down from last year’s rate of 44.1 percent, and considerably lower than rates from the last two decades.

The rates of marijuana use have also shown significant changes in the past two decades, with 6.5 percent of seniors smoking marijuana daily compared to 6 percent in 2003 and 2.4 percent in 1993.

“This is not just an issue of increased daily use,” said NIDA Director Nora D. Volkow, M.D. “It is important to remember that over the past two decades, levels of THC — the main psychoactive ingredient in marijuana — have gone up a great deal, from 3.75 percent in 1995 to an average of 15 percent in today’s marijuana cigarettes. Daily use today can have stronger effects on a developing teen brain than it did 10 or 20 years ago.”

“We should be extremely concerned that 12 percent of 13- to 14-year-olds are using marijuana,” Volkow added. “The children whose experimentation leads to regular use are setting themselves up for declines in IQ and diminished ability for success in life.”

“These increases in marijuana use over the past few years are a serious setback in our nation’s efforts to raise a healthy generation of young people,” said Gil Kerlikowske, director of National Drug Control Policy. “Teens deserve to grow up in an environment where they are prepared to meet the challenges of the 21st century, and drug use never factors into that equation. Today’s news demands that all of us recommit to bolstering the vital role prevention and involved parenting play in keeping young people safe, strong, and ready to succeed.”

There is mixed news regarding abuse of prescription medications. The survey shows continued abuse of Adderall, commonly used to treat attention deficit hyperactivity disorder, or ADHD, with 7.4 percent of seniors reporting taking it for non-medical reasons in the past year. However, only 2.3 percent of seniors report abuse of Ritalin, another ADHD medication. Abuse of the pain reliever Vicodin has shown a marked decrease in the last 10 years, now measured at 5.3 percent for high school seniors, compared to 10.5 percent in 2003. In addition, 5 percent of seniors report abuse of cough products containing dextromethorphan, down from 6.9 percent in 2006, the first year it was measured by the survey.

There are some other bright spots in this year’s survey. Past year use of K2 or Spice, sometimes called synthetic marijuana, dropped to 7.9 percent among high school seniors from 11.3 percent last year. While many of the ingredients in synthetic cannabinoids have been banned by the U.S. Drug Enforcement Administration, Spice manufacturers have attempted to substitute other chemicals in their mixtures, and many young people continue to experience toxic reactions to these substances.

The use of substances commonly known as bath salts is at or under 1 percent in all three grades. Bath salts refers to an emerging family of drugs containing one or more synthetic chemicals related to cathinone, an amphetamine-like stimulant found naturally in the khat plant. Use of the hallucinogenic herb salvia is declining, with 3.4 percent of 12th-graders reporting past year use, compared to 5.9 percent in 2011 and 4.4 percent last year.

The past year use of inhalants in all three grades has declined. Among eighth-graders, the 2013 rate is at 5.2 percent, compared to 8.7 percent 10 years ago and 11.0 percent 20 years ago. Inhalants are among the abused substances that have higher rates of use by the younger students in the survey. Four percent of seniors report use of Ecstasy (MDMA) in the previous year, still considerably lower than 2001, when use peaked at 9.2 percent.

For cocaine and heroin, while there was no significant change from the 2012 rates, there continues to be a gradual decline in use, with both drugs at historic lows in all three grades. The 2013 rate for high school seniors for past year cocaine use is 2.6 percent, compared to a peak of 6.2 percent in 1999. Similarly, the reported use of heroin by 12th-graders is 0.6 percent this year, compared to a peak of 1.5 percent in 2000.

Cigarettesmoking continues to decline as well. For the first time, the percentage of students in all three grades combined who say they smoked in the past month is below 10 percent (9.6 percent) compared to 16.7 percent 10 years ago and 24.7 percent in 1993. Daily smoking of cigarettes is now at 8.5 percent for 12th-graders, 4.4 percent for 10th-graders, and 1.8 percent for eighth-graders. However, 21.4 percent of seniors report smoking tobacco with a hookah in the past year, more than 3 percent above the rate teens reported in 2012 (18.3 percent).

“While cigarette use among youth continues to decline, such progress is threatened by use of other tobacco products such as hookahs,” said Howard K. Koh, M.D., M.P.H., assistant secretary for health for the U.S. Department of Health and Human Services. “We must remain vigilant in protecting kids against both old and new agents that promote addiction.”

Theuse of alcohol by teens continues its steady decline. For 12th-graders, alcohol use peaked in 1997, with more than half (52.7 percent) reporting drinking alcohol in the past month. Only 39.2 percent of seniors reported past month use this year. An indicator of binge drinking (defined in the survey as five or more drinks in a row at least once in the past two weeks) stayed the same as last year for eighth-graders (5.1 percent) but dropped considerably for 10th-graders (to 13.7 percent from 15.6 percent in 2012.) The 2013 binge drinking rate for 12th-graders is 22.1 percent.

In 2012, the survey added questions about where students get marijuana. Looking at the last two years combined, 34 percent of marijuana-using 12th-graders living in states with medical marijuana laws say that one of the ways they obtain the drug is through someone else’s medical marijuana prescription. In addition, more than 6 percent say they get it with their own prescription. The team of investigators who conduct the survey will continue to explore the link between state laws and marijuana’s accessibility to teens.

Overall, 41,675 students from 389 public and private schools participated in this year's Monitoring the Future survey. Since 1975, the survey has measured drug, alcohol, and cigarette use and related attitudes in 12th–graders nationwide. Eighth- and 10th-graders were added to the survey in 1991. Survey participants generally report their drug use behaviors across three time periods: lifetime, past year, and past month. Questions are also asked about daily cigarette and marijuana use. NIDA has provided funding for the survey since its inception by a team of investigators at the University of Michigan at Ann Arbor, led by Dr. Lloyd Johnston. MTF is funded under grant number DA001411. Additional information on the MTF Survey, as well as comments from Dr. Volkow, can be found at https://www.drugabuse.gov/related-topics/trends-statistics/monitoring-future.

MTF is one of three major surveys sponsored by the U.S Department of Health and Human Services that provide data on substance use among youth. The others are the National Survey on Drug Use and Health and the Youth Risk Behavior Survey. The MTF website is: http://www.monitoringthefuture.org. Follow Monitoring the Future 2013 news on Twitter at @NIDANews, or join the conversation by using: #MTF2013. Additional survey results can be found at http://www.hhs.gov/about/news/index.html or http://www.whitehouse.gov/ondcp. Information on all of the surveyed drugs can be found on NIDA's website: https://www.drugabuse.gov.

The National Survey on Drug Use and Health, sponsored by the Substance Abuse and Mental Health Services Administration, is the primary source of statistical information on substance use in the U.S. population 12 years of age and older. More information is available at: http://www.samhsa.gov/data/NSDUH.aspx.

The Youth Risk Behavior Survey, part of HHS' Centers for Disease Control and Prevention's Youth Risk Behavior Surveillance System, is a school–based survey that collects data from students in grades nine–12. The survey includes questions on a wide variety of health–related risk behaviors, including substance abuse. More information is available at http://www.cdc.gov/HealthyYouth/yrbs/index.htm.

The National Institute on Drug Abuse is a component of the National Institutes of Health, U.S. Department of Health and Human Services. NIDA supports most of the world’s research on the health aspects of drug abuse and addiction. The Institute carries out a large variety of programs to inform policy and improve practice. Fact sheets on the health effects of drugs of abuse and information on NIDA research and other activities can be found on the NIDA home page at https://www.drugabuse.gov, which is now compatible with your smartphone, iPad or tablet. To order publications in English or Spanish, call NIDA’s DrugPubs research dissemination center at 1-877-NIDA-NIH or 240-645-0228 (TDD) or fax or email requests to 240-645-0227 or drugpubs@nida.nih.gov. Online ordering is available at https://drugpubs.drugabuse.gov/. NIDA’s media guide can be found at http://drugabuse.gov/mediaguide, and its new easy-to-read website can be found at https://easyread.drugabuse.gov. 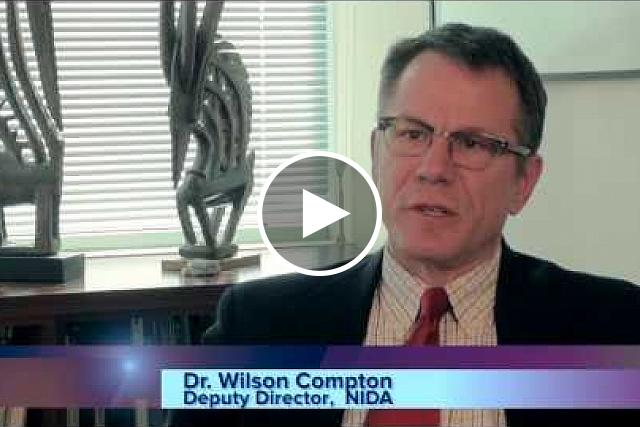