Samples of human AChE enzyme travel to the International Space Station aboard the SpaceX-11 Dragon capsule.

The microgravity conditions of the International Space Station (ISS) may hold the key to improving our understanding of how to combat toxic nerve agents such as sarin and VX. That is the hope of Countermeasures Against Chemical Threats (CounterACT) project that is part of an initiative at the National Institutes of Health aimed at developing improved antidotes for chemical agents.

“With increasing worldwide concern about the use of chemical weapons, there is significant interest in developing better counteragents,” said David A. Jett, Ph.D., director of the CounterACT program, National Institute of Neurological Disorders and Stroke (NINDS), a part of NIH.

Organophosphates (OPs), a family of chemicals that includes several pesticides as well as sarin and VX nerve agents, block the activity of the enzyme acetylcholinesterase (AChE). This enzyme is critical for allowing muscles to relax after they have been stimulated by the nervous system. When the activity of AChE is blocked (for example, by OPs), muscles cannot relax, leading to paralysis and eventually death.

Developing antidotes to this type of poisoning requires detailed knowledge about the structure of the AChE enzyme. Until now, the forces of gravity on Earth have posed a challenge to this area of research. That’s where traveling into space comes in. 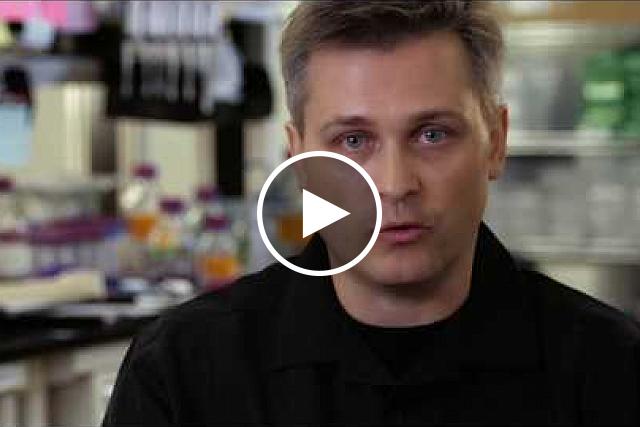 In June of this year, samples of the human AChE enzyme were sent to the International Space Station U.S. Laboratory by a team of CounterACT scientists led by Andrey Kovalevsky, Ph.D., Oak Ridge National Laboratory in Oak Ridge, Tennessee, and Zoran Radić, Ph.D., University of California, San Diego. Using these samples, astronauts are currently growing large crystals of pure enzyme of a size that cannot be formed on Earth due to interference from gravity.

“By taking advantage of the microgravity conditions of the International Space Station, we hope to grow better, more uniform crystals that we are unable to grow on Earth,” said Dr. Kovalevsky.

Once the crystals are grown to a large enough size, they will be returned to Earth and analyzed by a sophisticated imaging method called neutron diffraction that can provide an atomic-level view of the enzyme.

“Using this technique, we will be able to get a closer look at how the enzyme interacts with pesticides and nerve agents and learn about how the bond between the two can be chemically reversed,” said Dr. Radić. “This method would not work on the smaller enzyme crystals that can be grown here.”

Antidotes to OP exposure reactivate AChE by directly breaking its chemical bond with the OP. However, the speed at which the countermeasures available today are able to do this is too slow to be fully effective. This project will help researchers to develop antidotes that break the AChE-OP bond more quickly and that can also be delivered orally, which is another key to dealing with large-scale exposure to nerve poisons.

“Developing better countermeasures against these sorts of nerve agents is a major thrust of our overall program,” said Dr. Jett. “This project is the kind of cutting-edge science we envisioned when we established the CounterACT program.”

This project is made possible through a partnership with NASA’s Center for the Advancement of Science in Space and is part of a larger UCSD-led CounterACT-funded effort that, in addition to Drs. Kovalevsky and Radić, also includes biophysicist Donald Blumenthal, PhD., University of Utah, Salt Lake City. Their goal is to use advanced biophysical techniques to overcome limitations in defining the atomic structure of AChE and develop more effective antidotes against OP-induced inhibition.

This project is funded in part by the NIH Office of the Director through the NIH CounterACT program and managed by NINDS (NS083451).

The NIH CounterACT Program supports research to understand fundamental mechanisms of toxicity caused by chemical threat agents and the application of this knowledge to develop promising therapeutics for reducing mortality and morbidity caused by these agents.