African-Americans continue to bear the largest and most disproportionate burden of HIV/AIDS of all racial and ethnic groups in the United States. While black men and women made up 13 percent of the U.S. population in 2007,[1] they accounted for more than half of all new HIV/AIDS diagnoses that year and nearly half of all Americans living with HIV/AIDS.[2] For black women ages 35 to 44, HIV was the third leading cause of death in 2006.[3] In our nation’s capital, whose HIV/AIDS epidemic is among the worst in the United States, 6.5 percent of black men are living with the virus — a percentage higher than that of any other racial, ethnic or gender group in the city,[4] and higher than in many countries in Africa.[5]

Today, on the 10th annual National Black HIV/AIDS Awareness Day, we are inspired to improve our efforts to overcome this public health crisis in the black community. We have a national responsibility to alleviate the HIV/AIDS-related suffering of African-Americans by ensuring that they have full knowledge of — and access to — all proven forms of HIV prevention, treatment and care. The National Institute of Allergy and Infectious Diseases (NIAID), part of the National Institutes of Health, joins African-Americans in remembering those who have died with AIDS and in fighting this modern plague.

One of the fundamental ways black men and women can reduce the spread of HIV in their communities and preserve their health is by getting tested for the virus during routine medical care, as recommended by the Centers for Disease Control and Prevention and the American College of Physicians. Identifying HIV infection early in its course is critical. A growing number of studies have shown that starting treatment early, while the immune system is still intact, is more beneficial to HIV-infected patients than initiating therapy later in the course of disease.[6], [7]

As a nation, we must knock down the barriers that prevent many Americans, especially African-Americans, from receiving health care in general, and HIV testing, counseling and treatment in particular. An insidious component of this barrier is persistent stigma around homosexuality, HIV-positive status and injection drug use. Fostering acceptance of all people, regardless of lifestyle, and encouraging discussions about the behaviors that increase risk for HIV infection will help create a positive climate for HIV prevention and treatment services in black communities. I am gratified that Congress and President Obama recently lifted the 21-year-old ban on federal funding for needle exchange programs, which have been scientifically proven to reduce HIV transmission among injection drug users and serve as a gateway to treatment for drug addiction, HIV and other diseases.

Another barrier to HIV care in black communities may be a reported reluctance among some individuals to start treatment for HIV infection before they feel sick. Research tells tell us that HIV-infected individuals are more likely to remain alive and healthy if they start treatment early — even if they feel well.

To combat the HIV/AIDS epidemic in Washington, D.C. — a majority-black city — NIH and the D.C. Department of Health recently launched a $26.4 million research partnership designed to decrease the rate of new HIV infections, improve the health of district residents living with HIV infection, and strengthen the city's ongoing response to the HIV/AIDS epidemic. NIAID and the D.C. Department of Health are jointly leading the project, called the D.C. Partnership for HIV/AIDS Progress, with support from the NIH Office of AIDS Research (http://www3.niaid.nih.gov/news/newsreleases/2010/DCHIVpartnership.htm).

In other research that will directly benefit African-Americans, NIAID is conducting two studies to learn how to deliver HIV prevention and treatment services to hard-to-reach U.S. communities at high risk for HIV infection. One of these studies focuses on black homosexual and bisexual men, and the other concentrates on inner-city women in impoverished, largely minority neighborhoods (http://www.clinicaltrials.gov/ct2/show/NCT00951249?term=HPTN+061&rank=1 and http://www.clinicaltrials.gov/ct2/show/NCT00995176?term=HPTN+064&rank=1).

We must stem the spread of HIV in the black community to overcome the HIV/AIDS epidemic in the United States. I encourage everyone ages 13 to 64 to get tested for the virus, and I urge those who test positive to start treatment as early as their doctors recommend. Through partnerships among the African-American, scientific and public health communities, we can expand the access of black men and women to HIV prevention, treatment and care, with the goal of ending the terrible scourge of HIV/AIDS.

Information about National Black HIV/AIDS Awareness and Information Day is available at http://blackaidsday.org/.

Each year, the NIH Office of AIDS Research (http://www.oar.nih.gov/) develops a Trans-NIH Plan for HIV-Related Research that identifies strategic research priorities for all areas of AIDS research. The annual Trans-NIH Plan, developed in collaboration with experts from the NIH institutes and centers, other government agencies, non-governmental organizations and AIDS community representatives, includes a chapter specifically devoted to research addressing AIDS in racial and ethnic populations. The 2010 fiscal year strategic plan can be accessed at http://www.oar.nih.gov/strategicplan/fy2010/pdf/Chapter5.pdf.

Participating in a clinical study helps ensure that the scientific findings are applicable to the demographics of study volunteers. If you would like to participate in one of NIAID’s HIV/AIDS clinical trials, please visit ClinicalTrials.gov (http://www.clinicaltrials.gov/ct2/results?term=NIAID+HIV%2FAIDS&recr=Open).

NIAID conducts and supports research — at NIH, throughout the United States, and worldwide — to study the causes of infectious and immune-mediated diseases, and to develop better means of preventing, diagnosing and treating these illnesses. News releases, fact sheets and other NIAID-related materials are available on the NIAID Web site at http://www.niaid.nih.gov. 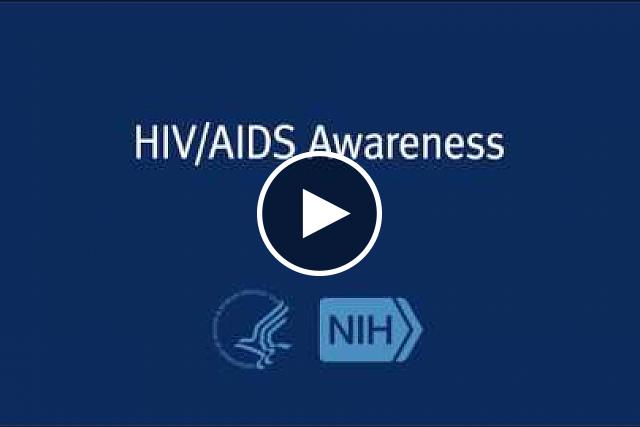