Using brain tumor samples collected from children in the United States and Europe, an international team of scientists found that the drug panobinostat and similar gene regulating drugs may be effective at treating diffuse intrinsic pontine gliomas (DIPG), an aggressive and lethal form of pediatric cancer. The study, published in Nature Medicine, was partially funded by the National Institutes of Health, the Department of Defense, and more than 25 nonprofit foundations devoted to finding cures for childhood brain cancer.

“Our results provide a glimmer of hope for treating this heartbreaking disease,” said Michelle Monje, M.D., Ph.D., assistant professor of neurology and neurological sciences, Stanford University School of Medicine, California, a senior author of the study and a specialist in DIPG. “Caring for DIPG patients drives me to find new ways to treat them.”

DIPG typically attacks children 4 to 9 years of age. Children progressively lose muscle control as the tumor rapidly attacks the pons, a region deep inside the brain that connects the brain to the spinal cord, and is difficult to reach and surgically remove. Despite radiation treatment, children usually survive for about nine months, and less than 1 percent survive longer than five years.

Six years ago, Dr. Monje started to create and share cell cultures of patients’ DIPG cells that could be studied in labs. In this study, she and her colleagues used cell cultures collected from 16 patients in the United States and Europe to search for drugs that could kill or stop the growth of DIPG cells. By performing experiments in petri dishes and with mice, they found that panobinostat, a drug designed to change the way cells regulate genes, may be effective at inhibiting DIPG growth and extending survival rates.

“It’s astounding. In only six years, scientists have gone from knowing virtually nothing about this tumor to understanding its underlying genetics and finding a potential therapy,” said Jane Fountain, Ph.D., program director, at the National Institute of Neurological Disorders and Stroke (NINDS), part of NIH. “This study epitomizes collaborative medicine at work. It took a dedicated team of international scientists working with patients, families and foundations to get to this point.”

The scientists also analyzed the genes of each cell line. After reviewing the genetic and screening data they decided to focus on panobinostat, a drug designed to block multiple types of histone deacetylases. In petri dishes, they showed that panobinostat inhibited the growth of 12 out of 16 DIPG cell lines. When the scientists placed DIPG cells in the pons area of mice they found that systemic injections of panobinostat inhibited DIPG growth and extended survival.

“All roads lead to histones,” said Dr. Monje. “Our results support the idea that histone modifications are the keys to understanding and treating DIPG.”

Located in a cell’s nucleus, histones are protein complexes that act like genetic spools wound with genes on chromosomes. Enzymes, including histone deacetylases, influence how chromosomes wind around histones by adding or removing chemical tags. In turn, the tagging indirectly, or epigenetically, controls whether a gene on a chromosome will be used, or expressed, in that cell.

The scientists showed that panobinostat may be effective at treating a variety of DIPG tumors. Approximately 80 percent of DIPG tumors have a specific mutation in a histone gene. This mutation, called H3K27M, blocks the ability of an enzyme called a methyltransferase from adding a chemical tag, called a methyl group, to the histone. Although the H3K27M mutation disrupts a different chemical tagging system, the scientists showed that panobinostat slowed the growth of a line of cells that had the mutation. Panobinostat also slowed the growth of DIPG cells that do not have that mutation.

Finally the scientists showed that panobinostat may work in combination with other treatments. Studying H3K27M cells that developed resistance to panobinostat over time, they showed that GSKJ4, a drug that blocks the removal of methyl groups from histones, slowed tumor growth. Combining panobinostat and GSKJ4 appeared to slow growth further, suggesting the two compounds work synergistically.

“This may be a first step to finally improving the prognosis of this seemingly untreatable disease,” said Dr. Monje.

Dr. Monje, together with the National Cancer Institute-supported Pediatric Brain Tumor Consortium and Novartis, is planning to conduct clinical trials to test the safety and effectiveness of panobinostat for children with DIPG.

This work was supported by grants from NINDS (NS070926), the National Cancer Institute (CA098543), the DIPG Collaborative. 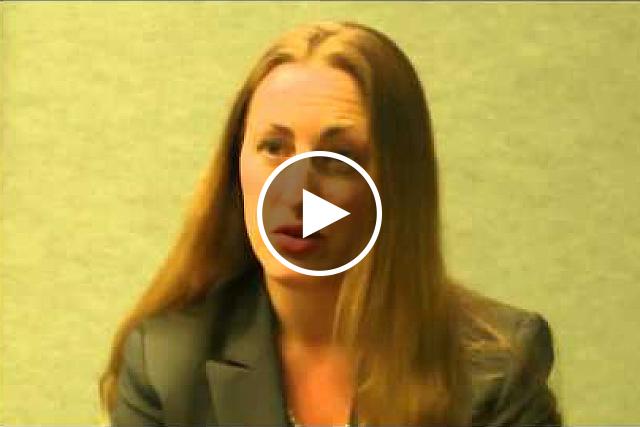