Teen prescription opioid abuse, cigarette, and alcohol use trends down

Use of cigarettes, alcohol, and abuse of prescription pain relievers among teens has declined since 2013 while marijuana use rates were stable, according to the 2014 Monitoring the Future (MTF) survey, released today by the National Institute on Drug Abuse (NIDA). However, use of e-cigarettes, measured in the report for the first time, is high.

These 2014 results are part of an overall two-decade trend among the nation’s youth. The MTF survey measures drug use and attitudes among eighth, 10th, and 12th graders, is funded by NIDA, and is conducted by researchers at the University of Michigan at Ann Arbor. NIDA is part of the National Institutes of Health.

“With the rates of many drugs decreasing, and the rates of marijuana use appearing to level off, it is possible that prevention efforts are having an effect,” said NIDA Director Nora D. Volkow, M.D. “It is now more important than ever for the public health community to continue to educate teens, parents, teachers, community leaders, the media and health care providers about the specific harms of drug use among teens, whose brains are still developing.”

“This year’s Monitoring the Future data show promising signs on the declining rates of adolescent substance use, and reinforce the need to continue efforts on prevention, treatment, and recovery,” said National Drug Control Policy Acting Director Michael Botticelli. “The Obama administration remains steadfast in its commitment to reduce drug use and its consequences—and we know that the best way to reduce drug use is to prevent it from ever starting. I encourage parents, teachers, coaches, and mentors to have a conversation with a young person in their lives about making the healthy decisions that will keep them on a path toward a successful future.”

However, the majority of high school seniors do not think occasional marijuana smoking is harmful, with only 16.4 percent saying occasional use puts the user at great risk, compared to 27.4 percent five years ago. By contrast, 56.7 percent of seniors say they disapprove of occasional marijuana smoking. Among eighth graders, there was a drop in perceived availability, with 36.9 percent saying it is easy to get marijuana, compared to last year’s 39.1 percent. Eighty-one percent of seniors say it is easy to get marijuana.

The findings related to prescription and over-the-counter drug abuse continued positive downward trends in 2014. Past year use of narcotics other than heroin (which includes all opioid pain relievers) was reported by 6.1 percent of high school seniors, compared with 7.1 percent a year ago and markedly lower than the 2004 peak of 9.5 percent. Past year use of the opioid pain reliever Vicodin showed a significant five-year drop, with 4.8 percent of 12th graders using Vicodin for non-medical reasons, half of what it was just five years ago, at 9.7 percent.

There was also a drop in the past year use of cough/cold medicines containing dextromethorphan (DXM) among eighth graders, with only 2 percent using them for non-medical reasons, down from 3.8 percent five years ago. By contrast, past year non-medical use of the stimulant Adderall (often prescribed for ADHD) remained relatively steady, at 6.8 percent for high school seniors. The survey continues to show that most teens get these medicines from friends or relatives and to a lesser degree from their own prescriptions.

Measured for the first time in the MTF survey this year, the use of electronic cigarettes (e-cigarettes) is high among teens. Past-month use by eighth graders is 8.7 percent, for 10th graders is 16.2 percent, and for 12th graders is 17.1 percent. NIDA is conducting research into use patterns and health effects of e-cigarettes.

"Despite the positive developments this year, we are concerned about the levels of e-cigarette use among teens that we are seeing,” said Lloyd D. Johnston, Ph.D., principal investigator, Institute for Social Research, University of Michigan. “It would be a tragedy if this product undid some of the great progress made to date in reducing cigarette smoking by teens."

The survey also looks at a variety of illicit drugs in addition to marijuana. Past year use of MDMA (also known as ecstasy or Molly) saw a decline among 10th graders to 2.3 percent, from 3.6 percent in 2013, now just about one third of the 2001 peak level of 6.2 percent. The news is also good related to the use of inhalants. With rates traditionally highest among eighth graders (unlike most other drugs), past year use among that age group is at 5.3 percent, down from 8.1 percent five years ago and from 12.8 percent at its most recent peak rate in 1995.

Rates of some of the newer drug trends have also dropped. There has been a considerable decline in past year use of K2/Spice (sometimes called synthetic marijuana) in the two years the survey has been tracking its use in all three grades. For 12th graders, 5.8 percent reported its use this year, which is significantly lower than 7.9 percent last year and 11.3 percent in 2012. Use of the hallucinogen salvia among 12th graders in the past year also dropped significantly to 1.8 percent, from 3.4 percent in 2013. Past year use of the amphetamine-like stimulants known as bath salts remained at low rates, and actually dropped considerably among eighth graders, to 0.5 percent compared to 1 percent last year.

“We are encouraged to see a continued decrease in binge drinking among young people,” said George F. Koob, Ph.D., director of the National Institute on Alcohol Abuse and Alcoholism. “Still, nearly 1 in 5 high school seniors report binge drinking within the past two weeks, which is unacceptably high and underscores the need for underage drinking research to remain a priority.”

Overall, 41,551 students from 377 public and private schools participated in this year's MTF survey. Since 1975, the survey has measured drug, alcohol, and cigarette use and related attitudes in 12th graders nationwide. Eighth and 10th graders were added to the survey in 1991. Survey participants generally report their drug use behaviors across three time periods: lifetime, past year, and past month. Questions are also asked about daily cigarette and marijuana use. NIDA has provided funding for the survey since its inception by a team of investigators at the University of Michigan at Ann Arbor, led by Drs. Lloyd Johnston and Richard Miech. MTF is funded under grant number DA001411. Additional information on the MTF Survey, as well as comments from Dr. Volkow, can be found at http://www.drugabuse.gov/drugpages/MTF.html. The University of Michigan press release can be found at http://monitoringthefuture.org/embargoed .

MTF is one of three major surveys sponsored by the U.S. Department of Health and Human Services that provide data on substance use among youth. The others are the National Survey on Drug Use and Health and the Youth Risk Behavior Survey. The MTF website is: www.monitoringthefuture.org . Follow Monitoring the Future 2014 news on Twitter at @NIDANews , or join the conversation by using: #MTF2014 . Additional survey results can be found at http://www.hhs.gov/news or http://www.whitehouse.gov/ondcp . Information on all of the surveyed drugs can be found on NIDA's website: http://www.drugabuse.gov.

The National Survey on Drug Use and Health, sponsored by the Substance Abuse and Mental Health Services Administration, is the primary source of statistical information on substance use in the U.S. population 12 years of age and older. More information is available at: http://www.samhsa.gov/data/population-data-nsduh .

The Youth Risk Behavior Survey, part of HHS' Centers for Disease Control and Prevention's (CDC) Youth Risk Behavior Surveillance System, is a school–based survey that collects data from students in grades nine–12. The survey includes questions on a wide variety of health–related risk behaviors, including substance abuse. More information is available at http://www.cdc.gov/HealthyYouth/yrbs/index.htm . Additionally, the National Youth Tobacco Survey, a school-based survey of U.S. students in grades six-12 conducted by the CDC in collaboration with the Food and Drug Administration, collects data on the use of multiple tobacco products, including e-cigarettes. More information is available at http://www.cdc.gov/tobacco/data_statistics/surveys/NYTS . 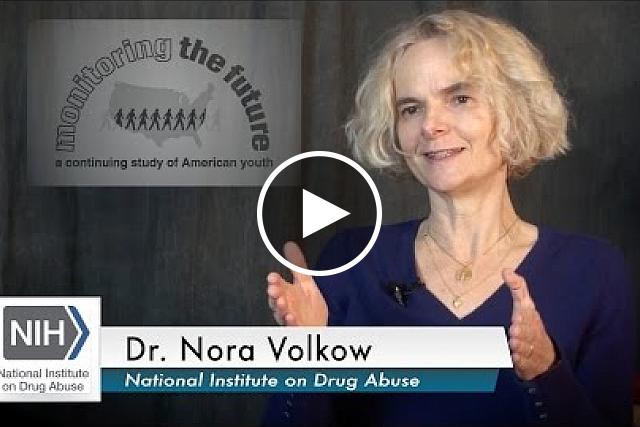 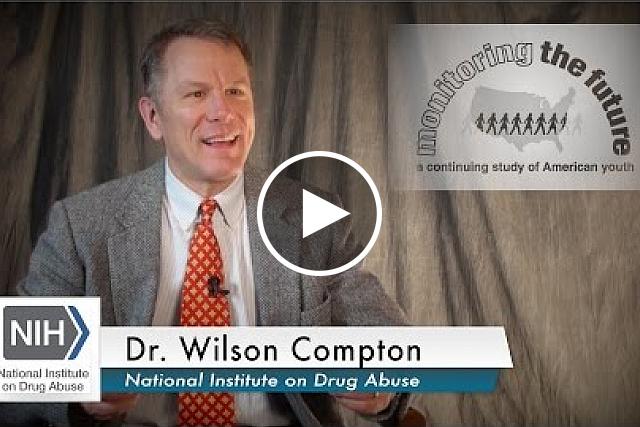