NIH-funded study could reduce obstacles to care for at-risk babies.

All babies born before 31 weeks of pregnancy need monitoring for retinopathy of prematurity.National Eye Institute

Telemedicine is an effective strategy to screen for the potentially blinding disease known as retinopathy of prematurity (ROP), according to a study funded by the National Eye Institute (NEI). The investigators say that the approach, if adopted broadly, could help ease the strain on hospitals with limited access to ophthalmologists and lead to better care for infants in underserved areas of the country. NEI is a part of the National Institutes of Health.

The telemedicine strategy consisted of electronically sending photos of babies’ eyes to a distant image reading center for evaluation. Staff at the image reading center, who were trained to recognize signs of severe ROP, identified whether infants should be referred to an ophthalmologist for evaluation and potential treatment. The study tested how accurately the telemedicine approach reproduced the conclusions of ophthalmologists who examined the babies onsite.

“This study provides validation for a telemedicine approach to ROP screening and could help save thousands of infants from going blind,” said Graham E. Quinn, M.D., professor of ophthalmology at the Children's Hospital of Philadelphia and the lead investigator for the study, which is reported today in JAMA Ophthalmology. The study was conducted by the e-ROP Cooperative Group, a collaboration that includes 12 clinics in the United States and one in Canada.

Some degree of ROP appears in more than half of all infants born at 30 weeks pregnancy or younger — a full-term pregnancy is 40 weeks — but only about 5 to 8 percent of cases become severe enough to require treatment. In ROP, blood vessels in the tissue in the back of the eye called the retina begin to grow abnormally, which can lead to scarring and detachment of the retina. Treatment involves destroying the abnormal blood vessels with lasers or freezing them using a technique called cryoablation. Early diagnosis and prompt treatment is the best prevention for vision loss from ROP, which is why the American Academy of Ophthalmology recommends routine screening for all babies who are born at gestational age 30 weeks or younger or who weigh less than 3.3 pounds at birth.

The study evaluated telemedicine for ROP screening during the usual care of 1,257 premature infants who were born, on average, 13 weeks early. About every nine days, each infant underwent screening by an ophthalmologist, who assessed whether referral for treatment was warranted. Those who were referred were designated as having referral-warranted ROP (RW-ROP). Either immediately before or after the exam, a non-physician staff member in the neonatal intensive care unit (NICU) took images of the infant’s retinas and uploaded them to a secure server at the University of Oklahoma, Oklahoma City. Trained non-physician image readers at the University of Pennsylvania, Philadelphia, then downloaded the photos, independently evaluated them following a standard protocol, and reported the presence or absence of RW-ROP.

NICU care providers take photos of a premature baby's retinas in the NEI-funded e-ROP study of telemedicine for retinopathy of prematurity.Children’s Hospital of Philadelphia

Through the telemedicine approach, non-physician image readers correctly identified 90 percent of the infants deemed to have RW-ROP based on examination by an ophthalmologist. And they were correct 87 percent of the time when presented with images from infants who lacked RW-ROP. The examining ophthalmologists documented 244 infants with RW-ROP on exam. After referral, 162 infants were treated. Of these, non-physician image readers identified RW-ROP in all but three infants (98 percent).

“This is the first large clinical investigation of telemedicine to test the ability of non-physicians to recognize ROP at high risk of causing vision loss,” said Eleanor Schron, Ph.D., group leader of NEI Clinical Applications. “The results suggest that telemedicine could improve detection and treatment of ROP for millions of at-risk babies worldwide who lack immediate in-person access to an ophthalmologist,” she said.

About 450,000 (12 percent) of the 3.9 million babies born each year in the United States are premature. The number of preterm infants who survive has surged in middle income countries in Latin America, Asia, and Eastern Europe. In these parts of the world, rates of childhood blindness from ROP are estimated at 15 to 30 percent — compared to 13 percent in the United States.

One advantage of telemedicine ROP screening is that it can be done more frequently than screening by an ophthalmologist. “It’s much easier to examine the retina when not dealing with a wiggling baby,” said Dr. Quinn. “If a baby is too fussy or otherwise unavailable when the ophthalmologist visits the NICU, the exam may be delayed until the ophthalmologist returns — sometimes up to a week later.”

Weekly ROP screening — or even more frequently for high-risk babies — is a realistic goal for telemedicine and could help catch all cases needing treatment, according to the report. In the study, imaging was restricted to occasions when an ophthalmologist examined the baby. In practice, hospital staff could implement an imaging schedule based on the baby’s weight, age at birth, and other risk factors. “With telemedicine, NICU staff can take photos at the convenience of the baby,” said Dr. Quinn.

Telemedicine may help detect RW-ROP earlier. In the study, about 43 percent of advanced ROP cases were identified by telemedicine before they were detected by an ophthalmologist — on average, about 15 days earlier.

Telemedicine could save babies and their families the hardship and hazards of being unnecessarily transferred to larger nurseries with greater resources and more on-site ophthalmologists. “Telemedicine potentially gives every hospital access to excellent ROP screening,” Dr. Quinn said.

The cost of establishing a telemedicine ROP screening program includes acquisition of a special camera for taking pictures of the retina, training of NICU personnel to take and transmit quality photos, and establishment and maintenance of an image reading center. “As we move along this road, advances in imaging and grading of images may streamline the process even more,” Dr. Quinn said.

To view a video about e-ROP, visit the NEI YouTube channel at http://youtu.be/7l_CqjV3NMA.

Reporters: For a copy of the article, please contact JAMA Network Media Relations at 312-464-5262 or mediarelations@jamanetwork.org.

NEI leads the federal government's research on the visual system and eye diseases. NEI supports basic and clinical science programs that result in the development of sight-saving treatments. For more information, visit https://nei.nih.gov. 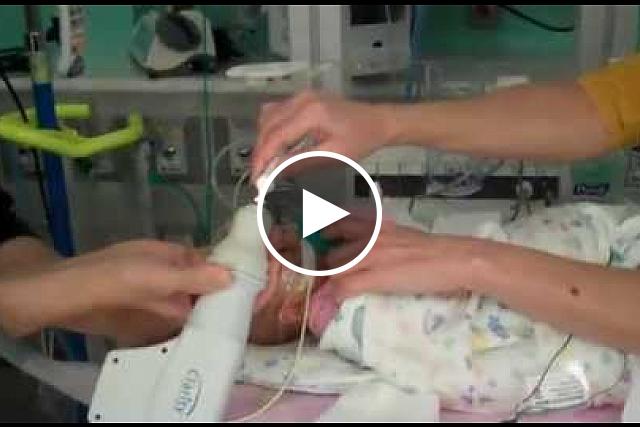 eROP is a National Eye Institute (NEI)-funded study that showed telemedicine could reduce obstacles to care for babies at risk of the potentially blinding disease retinopathy of prematurity (ROP). The investigators say that the approach, if adopted broadly, could help ease the strain on hospitals with limited access to ophthalmologists and lead to better care for infants in underserved areas of the country. NEI is a part of the National Institutes of Health.