Soldiers preoccupied with threat at the time of enlistment or with avoiding it just before deployment were more likely to develop post-traumatic stress disorder (PTSD), in a study of Israeli infantrymen. Such pre-deployment threat vigilance and avoidance, interacting with combat experience and an emotion-related gene, accounted for more than a third of PTSD symptoms that emerged later, say National Institutes of Health scientists, who conducted the study in collaboration with American and Israeli colleagues.

Bar-Haim’s team tracked 1085 male Israeli soldiers from recruitment through combat deployment during 2008-2010, to pinpoint how shifting attitudes toward threat interact with other factors to predict symptoms that develop after exposure to dangers. They expected that the more soldiers paid attention to avoiding threats just before and during deployment, the more they would suffer PTSD symptoms.

Researchers measured threat attention biases over the course of soldiers’ first year of service: at the time of recruitment, about six months later — just before deployment to combat — and six months after deployment. Data from all three time points was collected for 487 of the soldiers.

In the new study, Israeli soldiers’ threat biases were assessed via a computerized task in which they matched the locations of threat words or neutral words that briefly flashed on a computer screen. Faster reaction times for threat words indicated increased vigilance, or bias toward threat. For example, in the above example, the top word is "tomatoes" and the bottom word is "victims." ar-Haim, Ph.D., Tel Aviv University, School of Psychological Sciences

The study also examined how threat attention bias vulnerability might be moderated by other factors, including the gene that codes for the protein on neurons that recycles the brain chemical messenger serotonin from the synapse. Versions of this serotonin transporter gene had been previously linked to PTSD risk. Evidence suggests that people with gene versions that result in less efficient recycling may be overly vigilant toward threats under normal circumstances. Yet there is also evidence that having these low-efficiency versions may help people cope with dangerous conditions, when such heightened vigilance may be adaptive.

As expected, soldiers who experienced higher combat exposure — e.g., served in units operating outside Israel’s security fence — tended to show more threat vigilance than those with less stressful assignments. Compared to soldiers who were neither vigilant nor avoidant, soldiers with greater vigilance at recruitment or avoidance at six months — on the eve of deployment — had more PTSD symptoms at the end of their first year of service.

Although serotonin gene type had no direct effect on symptoms, the low efficiency gene version, combined with high threat vigilance, appeared to confer some protection to soldiers who experienced high combat exposure.

“Their natural tendency to attend to threats may lead to less adaptive emotional responses and elevated anxiety when environmental conditions are safe and stable, but to perfectly normal and adaptive responses in combat, where vigilance toward minor threats is crucial for survival,” explained Pine.

Bias toward threats showed no such association with PTSD symptoms in those with the high efficiency version of the gene. Nor did gene type interact with threat bias to predict PTSD in solders with low combat exposure. Similarly, among the low combat exposure group, a history of traumatic experiences, self-reported combat experience, threat bias or gene type had no bearing on PTSD symptoms.

“Extreme adaptation challenges, such as those arising from soldiers’ shifting exposures to relatively safe and acutely hostile environments, may produce shifting psychological and behavioral symptoms of hyper-vigilance and avoidance,” explained the researchers.

They propose that computer-based attention bias modification techniques (see below) be tested in both soldiers prior to deployment as well as in PTSD patients, in combination with evidence-based cognitive therapies. 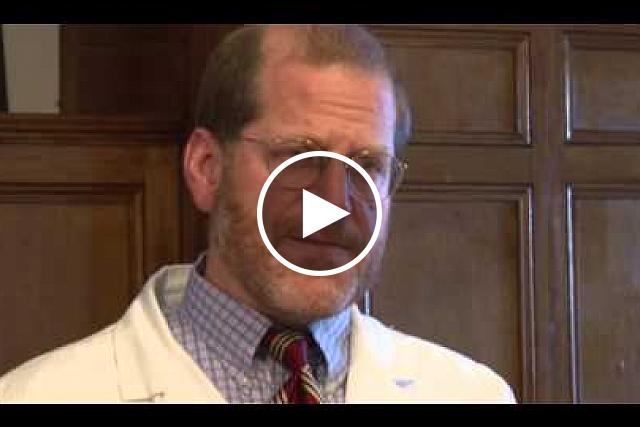