Home » About NIH » What We Do » NIH…Turning Discovery Into Health®

In a cyclic fashion, technology drives science, and science creates technologies to tackle scientific problems as they arise.  Technology development often requires input from many times of minds, including not only biologists and chemists but also mathematicians, engineers, and computer scientists.  21st Century biomedicine is a hotbed of discovery of new devices and tools that promise to revolutionize health. 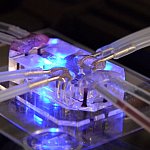 Researchers working in the field of regenerative medicine have already made amazing progress, creating artificial organs and miniature labs-on-a-chip. 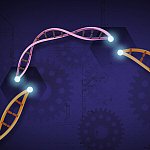 NIH scientists are getting close: they have developed a revolutionary new way to edit genomes precisely inside living cells, without even removing the DNA as was once necessary. Researchers are testing the value of this method, named CRISPR, for hundreds of applications. 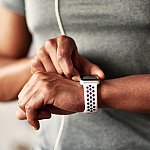 The next generation of “wearables,” used by individuals in partnership with their health-care providers, might be able to monitor vital signs, blood oxygen levels, and a wide variety of other measures of personal health. 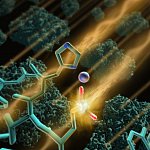 NIH-supported scientists are using cryo-EM to capture stunningly accurate details of disease-causing viruses like Ebola, Zika, or HIV, as well as proteins involved in conditions like cystic fibrosis, cancer, and Alzheimer’s disease.

« Previous: The Future of Biomedicine Next: Research for Healthy Living »