With NIH support, scientists across the United States and the world conduct wide-ranging research to improve the health of our nation. Groundbreaking NIH-funded research often receives top scientific honors. In 2016, these honors included 1 NIH-supported Nobel Prize winner and 5 NIH-funded recipients of top awards from the Lasker Foundation. Here’s just a small sampling of the research accomplishments made by NIH-supported scientists in 2016. For more health and medical research findings from NIH, visit NIH Research Matters. 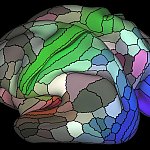 An expanded map of the human brain

A detailed map of the human brain can reveal its organization, connections and function. Previously generated brain maps have been limited by technology or size. Scientists created a high-resolution map of the human brain and identified 180 distinct areas in each half of the outmost layer, the cerebral cortex. The study provides new insights and tools for understanding the roles of specialized brain regions in health and disease. 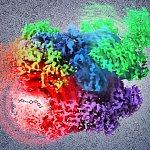 Determining the 3-D structure of a protein at a fine level of detail is important for drug development. Understanding how the drug and protein interact at an atomic level can allow scientists to design new drugs. Using cryo-electron microscopy, researchers were able to view, in atomic detail, the binding of a potential small molecule drug to a key protein in cancer cells. The results illustrate how the imaging technique can help advance drug development. 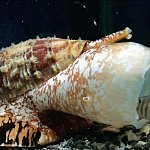 Many people with diabetes rely on injections of synthetic insulin to keep blood sugar levels in check. Human insulin molecules take time to act on blood glucose levels. Researchers found that a fast-acting insulin from the cone snail can bind and activate the human insulin receptor. The 3-D structure and other findings from the study provide insights for designing rapid-acting insulins to better manage diabetes. 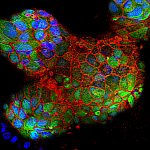 The placenta serves as a barrier to protect the developing fetus from toxins and infectious microbes, but some viruses can cross the placenta and potentially harm the unborn baby. Researchers developed a 3-D cell culture system that mimics aspects of placental development and microbial resistance. The system may help researchers understand how pathogens that cause diseases such as herpes, HIV, and Zika pass from a mother to her unborn child. 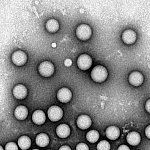 Adults have 2 types of fat: white fat to store excess calories and brown fat, which can burn energy to create heat and help maintain body temperature. Scientists designed nanoparticles to target white fat and convert it to calorie-burning brown fat. The nanoparticles slowed weight gain in obese mice without affecting food intake. This proof-of-concept work could lead to new therapies to treat obesity. 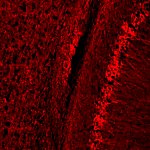 Several neurological disorders are characterized by proteins that accumulate in the brain. Activating the cell’s waste disposal system restored brain function in a mouse model of tauopathies—a set of neurodegenerative disorders that include Alzheimer’s disease. The findings suggest that enhancing disposal activity with drugs during early stages of neurodegenerative diseases may help lessen brain damage and dementia. 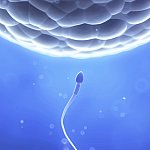 How sperm are activated

Many different factors can affect a couple’s ability to conceive. One is sperm motility; once inside the female reproductive tract, sperm use their tail-like appendages to swim for the egg. Researchers identified a molecular pathway that activates sperm. The findings may lead to new approaches for male contraception and treatments for infertility that result from problems with sperm mobility. 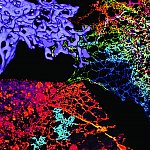 The endoplasmic reticulum (ER) is a complex organelle inside the cell that makes and distributes many substances the cell needs, such as proteins, lipids, and sugars. Advanced imaging techniques revealed a new, more accurate picture of how the peripheral ER is structured. The findings may yield new insights for some genetic diseases that arise from mutations in proteins that help control the shape of the ER.