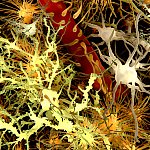 NIH-funded research enhanced our understanding of Alzheimer’s disease and suggested new treatment strategies. Scientists found that the gene APOE4, which has long been linked to an increased risk of dementia in Alzheimer’s disease, disrupts cholesterol management in the brain and weakens insulation around nerve fibers. A drug that promotes cholesterol transport led to improved learning and memory in mice with the gene. Blocking a hormone called FSH also reduced Alzheimer’s symptoms in mice. Boosting a type of immune cell that helps clear waste products in the brain did, too. Other researchers found that higher blood levels of certain antioxidants, but not others, were associated with a reduced risk of a person developing Alzheimer’s disease or other dementias. 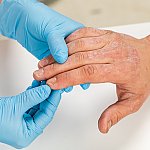 Obesity is thought to impact the immune system. Researchers found that a treatment for severe skin inflammation that works well in lean mice made the condition worse in obese mice. This, they found, was because of differences in immune cells between the lean and obese mice. The results highlight how obesity can alter the immune response. Treatments for inflammatory conditions may thus need to account for body composition. 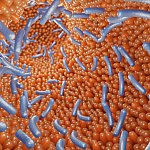 How the microbiome impacts health and disease

Researchers found several new ways that the microbiome—the collection of bacteria and other microbes living in and on our bodies—affects human health. People who ate a high-fiber diet, which promotes healthy gut microbes, lived the longest after immunotherapy for melanoma. Meanwhile, changes in gut microbes caused by high sugar intake led to weight gain and early signs of diabetes in mice. Other researchers found that viruses can play a role in inflammatory bowel disease. And COVID-19 was found to disrupt the gut microbiome in ways that may increase the risk of secondary infections. Researchers also discovered how a bacterium that lives on the skin helps protect the skin from water loss and damage. 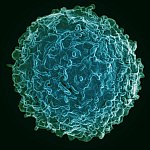 Genetic driver of some cases of lupus identified

The causes of autoimmune diseases such as lupus are complex and not well understood. Scientists sequenced the whole genome of a 7-year-old girl with a rare case of severe childhood lupus. They found a gene mutation that caused autoimmune attack when engineered into mice. Blocking a protein controlled by this gene stopped lupus from developing in the mice. This suggests a potential new approach for treating some people with the disease. 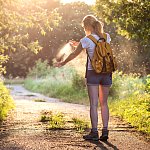 How mosquitoes find us

NIH-funded researchers increased our understanding of how mosquitoes locate their hosts. One group found that human and animal odors evoke activity in different areas of the mosquito brain. This explains how certain mosquitoes can distinguish humans from other animals. Another group found that people with higher levels of certain compounds on their skin were more attractive to mosquitoes. These findings could guide the development of better mosquito control strategies to prevent the spread of mosquito-borne illnesses. 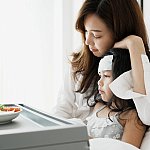 When you get an infection, both physiological and behavioral changes occur that help to get rid of the infection. These symptoms are governed by the brain, rather than the immune system, but it hasn’t been clear how. Researchers identified a group of neurons in mice that trigger sickness symptoms in response to infections. The findings may one day lead to better ways to reverse these symptoms when they become dangerous to a person’s health. 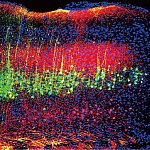 Studies have shown that music and other kinds of sound can help reduce acute and chronic pain in people. How the brain produces this pain reduction has been less clear. Scientists identified brain circuits in mice through which sound can blunt pain. These circuits connect the auditory cortex to the thalamus. The findings could lead to the development of safer methods for treating pain in people. 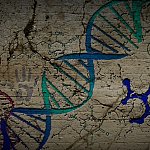 Two studies revealed how ancient infections affected human evolution. Researchers identified genetic variants that helped the immune system fight the Black Death—the fourteenth-century bubonic plague pandemic that killed up to half the population in Europe, the Middle East, and North Africa. But this quick burst of immune system evolution may also have had the lasting side effect of increasing susceptibility to autoimmune diseases. In another study, researchers found that stretches of viral DNA long embedded in the human genome can produce proteins that help block infection by viruses. Further identification and study of these protective virus-based proteins could provide new insights for fighting viral infections.