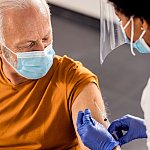 NIH researchers continued to make advances toward understanding the immune system’s complex response to vaccines against SARS-CoV-2, the virus that causes COVID-19. These insights could lead to more effective COVID-19 vaccines. Booster doses of COVID-19 vaccine were shown to elicit neutralizing antibodies against a range of SARS-CoV-2 variants, including the Omicron variant that gained dominance in 2022. Other researchers found the immune cells that make antibodies continue to evolve for months after vaccination, which improves protection over time. Scientists reported that immune cells called T cells play a crucial role in protecting against COVID-19, too. Studies also showed that COVID-19 vaccines do not reduce fertility nor do they significantly affect menstrual cycle length. 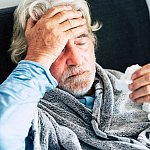 The effects of COVID-19 can persist long after initial symptoms fade. The lingering effects, called Long COVID, can include brain fog, fatigue, and dizziness. Scientists found that after infection with the virus that causes COVID-19, prolonged inflammation led to lasting problems, such as lung and kidney damage, in an animal model. Inflammation also affected the brain and correlated with behavioral changes. The results suggest a mechanism to explain the symptoms of Long COVID in people. 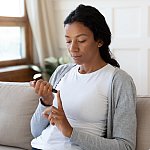 In type 1 diabetes, the immune system attacks insulin-producing cells in the pancreas. Affected people must depend on insulin treatments to survive. Researchers found that a common blood pressure drug called verapamil could protect insulin-producing cells in the pancreas of people with type 1 diabetes and reduce the need for insulin treatments. Other scientists developed a “bionic pancreas” that helped manage blood glucose levels in people with type 1 diabetes better and with less user input than existing methods. Notably, in November 2022 the FDA approved the first-ever treatment to delay the onset of type 1 diabetes, based in part on NIH-supported clinical trials completed the previous year. 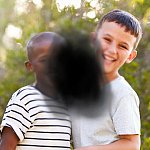 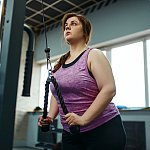 Fewer than 1 in 4 adults in the U.S. get the amount of exercise recommended to maintain health and prevent chronic disease. A large nationwide study identified inexpensive interventions that boosted weekly gym visits by up to 27%. The results point to affordable strategies to help increase the amount of exercise Americans get on a regular basis. 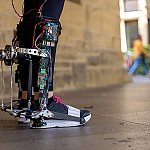 Researchers created an ankle-worn robotic device, called an exoskeleton, that provides personalized walking assistance under real-world conditions. Compared with walking in normal shoes, the exoskeleton increased walking speed by 9% on average while expending 17% less energy. Robotic exoskeletons could help people who have mobility impairments or physically demanding jobs, such as firefighters or laborers. 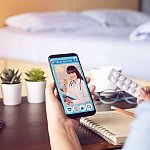 The class of drugs called opioids is a mainstay of pain treatment, but opioids can lead to dependency or addiction when misused. A study found that people with opioid use disorder who received telehealth services during the COVID-19 pandemic were more likely to keep taking their medications to treat opioid use disorder. They also had a lower risk of overdose. Other scientists found that men in a rural jail who received medications to treat opioid use disorder had a reduced likelihood of being arrested or returning to jail or prison after release. Researchers have also been making progress in finding alternatives to opioids. 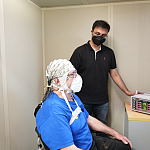 A noninvasive method that stimulates specific brain regions led to month-long memory improvements in older adults. The approach hints at the potential for a drug-free treatment to reverse or prevent memory loss in the aging population. More research is needed to see if this experimental technique can have longer-lasting effects or help improve memory in people with brain disorders.