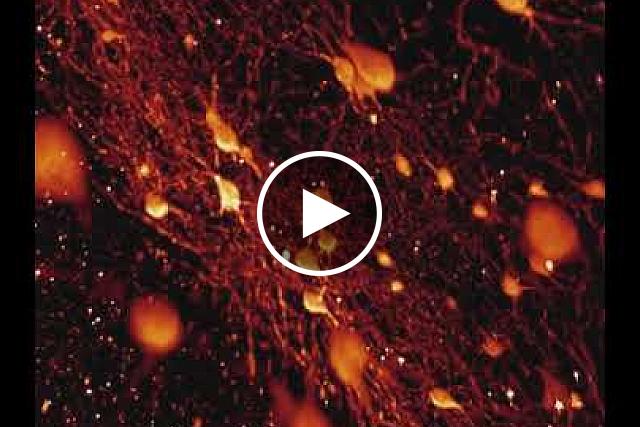 Microscopes allow us to peer inside cells and organisms. Cutting-edge microscopes can capture blood cells moving through fish. They can trace neurons developing in a worm embryo. They’re an important research tool, and the technology is rapidly advancing.

Several methods allow researchers to create better images than those that come directly from a microscope. A procedure called deconvolution can fix the distortion to 3D objects caused by the microscope. It involves using computer algorithms to reduce blur and create clearer images. Deconvolution can also be used to get more accurate measurements. Another technique known as multiview fusion combines multiple views of the sample to create complex 3D images and video.

The problem with these procedures is that they require massive computing power and time. Microscopes generate a lot of high-resolution data. While images and videos can be captured in minutes, they’re often terabytes in size. They can require weeks or months of processing time to be useable.

Researchers led by Dr. Hari Shroff of NIH’s National Institute of Biomedical Imaging and Bioengineering (NIBIB) worked to reduce the time needed to process these complex images from cutting-edge microscopes. Their advances in algorithm and software design can make image processing up to several thousand times faster than previous methods. The research team described their techniques in Nature Biotechnology on June 29, 2020.

To begin, the team sped the process of deconvolution by modifying the traditional algorithm. This made the process at least 10 times faster. The approach they used had been proposed for other areas of medical imaging. However, this is the first time it was successfully adapted for fluorescence microscopy. Fluorescence microscopy uses dyes that, under certain light, can reveal specific parts of a sample and also allow researchers to see how different elements interact with each other. 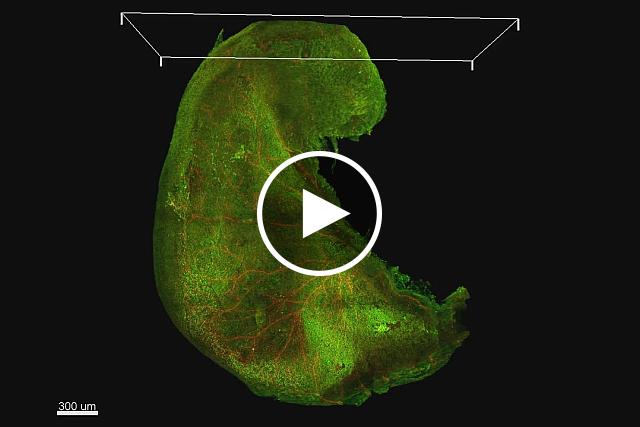 Next, the researchers reduced the time needed to position and stitch together multiple views of a sample. They found that using a specialized computer chip for 3D rendering, called a graphics processing unit, accelerated the process 10- to 100-fold over a traditional central processing unit. This advance involves “parallelization,” which is sometimes used in supercomputing. Instead of processing each individual function one after another, smaller tasks can be undertaken at the same time.

Finally, the researchers showed that they could further reduce the time it takes to process the data by using a neural network, a kind of artificial intelligence. The researchers trained the neural network to produce cleaner and higher resolution images much more quickly than would be possible otherwise.

The team tested these advances on a range of samples from single cells to thick tissues. They also showed that the techniques enhanced both speed and image quality on the latest microscopes, which rely on post-processing of raw data to create 3D images.

“Acquiring modern imaging data is a bit like drinking from a firehose,” Shroff says. “These methods help us obtain valuable biological information faster, which is essential, given the massive amount of data that can be produced by these microscopes.”