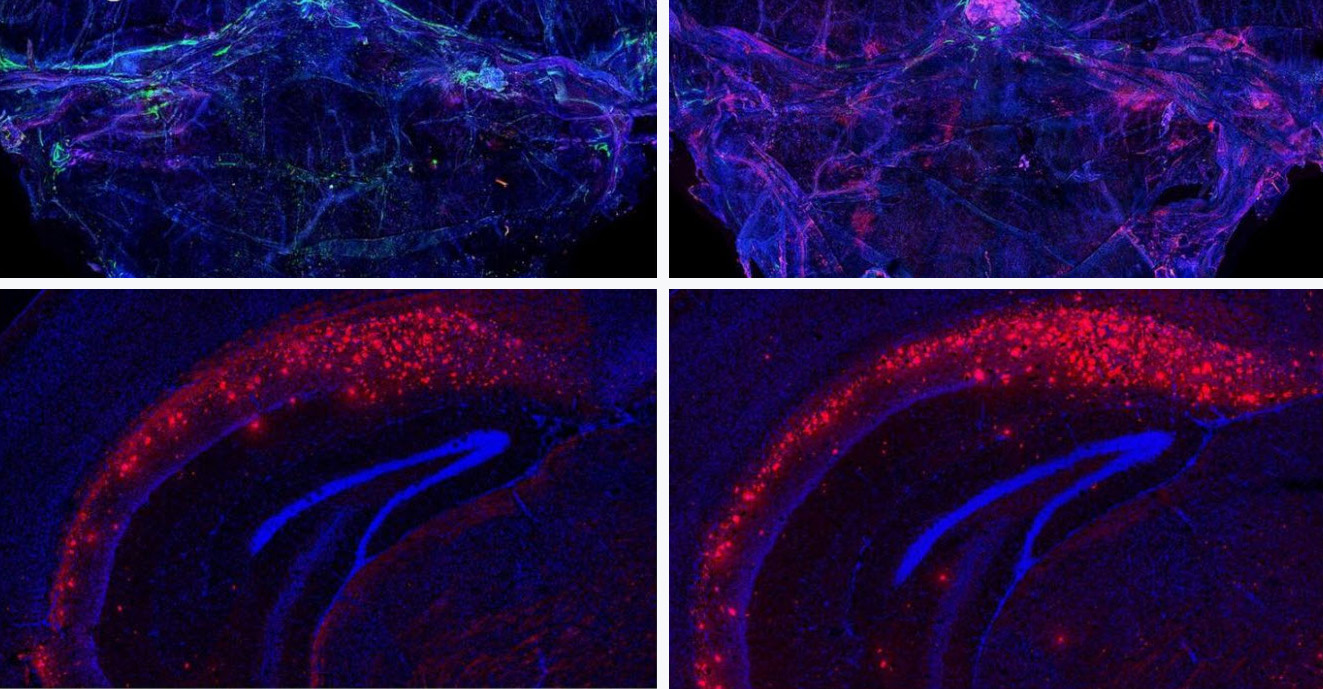 The body clears waste and fluid from tissues through a system called the lymphatic system. Lymph is the colorless fluid in specialized vessels that carries immune cells and waste like toxic compounds and cellular debris. Waste is filtered out of lymph as it passes through lymph nodes. The lymph then goes back into the bloodstream.

It was long thought that the brain didn't have a lymphatic system and instead relied solely on waste slowly diffusing from brain tissue into the cerebral spinal fluid. This system, managed by brain support cells called glial cells, is called the glymphatic system. Recently, researchers found conventional lymphatic vessels in the meninges, the tissue that covers the brain. These vessels surround blood vessels in the meninges, allowing waste products from the cerebral spinal fluid to drain out.

Previous studies have shown that aging can lead to protein buildup in the brain. Buildup of a protein called amyloid-beta is a hallmark of Alzheimer’s disease. A team lead by Drs. Sandro Da Mesquita and Jonathan Kipnis at the University of Virginia in Charlottesville set out to investigate the role of the brain’s lymphatic system in the buildup of proteins in the brain. Their research was supported by NIH’s National Institute of Aging (NIA). Results were published in Nature on August 9, 2018.

The researchers then compared the brain waste systems of older mice with younger mice. They found that the lymphatic vessels were narrower in the older mice and that molecules did not drain out of the cerebral spinal fluid into the lymph nodes as well.

The researchers boosted lymphatic function in both the younger and older mice with methods that increased the diameter of the lymphatic vessels and increased cerebral spinal fluid drainage. However, only the older mice showed improved cognitive function.

“It may be very difficult to reverse Alzheimer’s, but maybe we would be able to maintain a very high functionality of this lymphatic vasculature to delay its onset to a very old age,” Kipnis says.

More research is needed to determine whether altering lymphatic vessels in people would have any benefit.

Dairy fatty acids not linked to death in older adults

How drugs could repair damage from multiple sclerosis