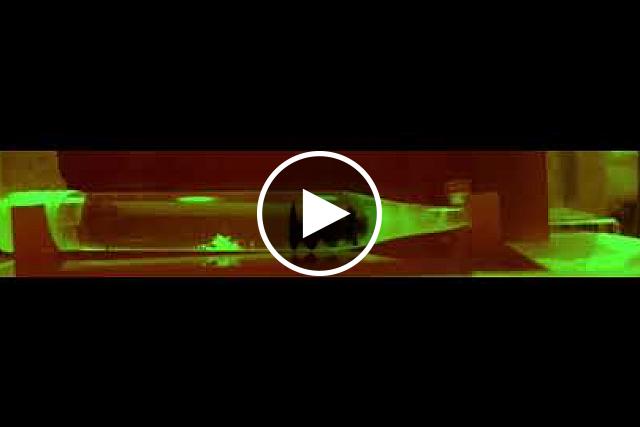 A biofilm is a layer of microbes, usually bacteria, that grows on many kinds of surfaces, including teeth and medical devices. Infections that involve biofilms are challenging to treat. That’s because the bacteria in a biofilm live together in a protective, sticky matrix. That matrix makes it hard for antibiotics to get inside to kill bacteria. In addition, the sticky matrix is difficult to remove by scraping. If you don’t remove it completely, the biofilm will grow back.

To destroy biofilms, Dr. Hyun (Michel) Koo of the University of Pennsylvania has been developing tiny particles, known as nanoparticles, made from iron oxide. Each particle is only about 200 nanometers wide, which is 500 times thinner than paper. Previous studies showed that the iron oxide activates hydrogen peroxide, releasing short-lived substances called free radicals that can kill microbes and break down matrix nearby.

Another engineering team at Penn led by Dr. Edward Steager has been developing microscopic robots made of iron oxide nanoparticles. Magnets enable the researchers to control these metallic microrobots to move down precise paths, even inside tubes.

For the current project, the groups collaborated to develop a method of destroying biofilms with robots made of iron oxide nanoparticles. The researchers aimed to use these “catalytic antimicrobial robots” to break up biofilm matrix, kill the bacteria inside, and remove the debris. The work was funded in part by NIH’s National Institute of Dental and Craniofacial Research (NIDCR). Results were published on April 24, 2019, in Science Robotics.

The scientists first tested a liquid solution that contained iron oxide nanoparticles, matrix-degrading enzymes, and hydrogen peroxide. The solution killed bacterial clusters on a glass surface and dismantled the matrix.

To remove the debris, the team applied magnetic force. The magnet made the iron oxide particles cluster. The team then swept clean a biofilm-covered surface. After 24 hours, the biofilm did not regrow, showing that it had been killed and removed completely.

Next, the team used a 3D printer to create special shapes with a gel containing the magnetic nanoparticles. They tested a screw shape for the ability to scrub inside a tube and one with fins to clean inside a narrow channel within an extracted tooth. Rotating magnets enabled the robots to be driven through the tube and the channel.

The researchers showed that the robotic system could scrub the sides of the tube, even when clogged with biofilm. Flushing the tube with water then cleared the debris. The robotic system also disrupted biofilms inside the tooth.

“Existing treatments for biofilms are ineffective because they are incapable of simultaneously degrading the protective matrix, killing the embedded bacteria, and physically removing the biodegraded products,” Koo says. “These robots can do all three at once very effectively, leaving no trace of biofilm whatsoever.”

Delayed treatment safe for some people with diabetic eye disease