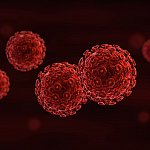 NIH scientists identified a small antibody fragment that’s highly effective at neutralizing the human immunodeficiency virus (HIV). The antibody strongly binds to different versions of the HIV envelope protein and prevents a wide range of HIV strains from entering immune cells. The finding may ultimately lead to new therapies against HIV and other viruses. PubMed Abstract »

NIH-funded scientists developed a new technique that converts adult cells into versatile stem cells that can grow into a wide variety of cell types. This approach uses a common cold virus to insert 4 transformative genes into mouse cells. The new method sidesteps the cancer-causing potential of a previously developed technique, which used a different kind of virus to deliver the stem cell-generating genes. PubMed Abstract » 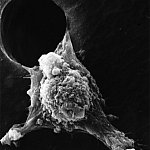 Most cancer deaths result from metastasis, the spread of cancer from a tumor to other parts of the body. Researchers have long thought that metastasis comes at a late stage of cancer. NIH-funded studies of genetically altered mice now suggest that metastasis may start long before that. Normal cells may travel to other parts of the body early in the cancer process and then later become malignant. PubMed Abstract »

Since West Nile virus first appeared in the United States a decade ago, it’s become a seasonal epidemic that flares up each summer. Unfortunately, our understanding of the virus on a molecular level has been limited. A study by NIH-funded scientists identified over 300 human genes that play a role in West Nile virus infection. The findings reveal several potential targets for antiviral therapies. PubMed Abstract » 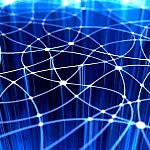 By building an extensive computer network of molecular relationships, NIH-funded researchers uncovered completely unexpected connections between diseases. The metabolic disease network pinpointed 193 pairs of diseases that are metabolically linked and tend to occur together. This research broadens the study of disease by moving beyond single genes to consider multiple genes or proteins at the same time. PubMed Abstract »

NIH researchers and their colleagues have figured out how to add the equivalent of color to MRI. The scientists engineered different microscopic magnetic particles that give off distinct signals in an MRI scan. Computers can convert these signals into a rainbow of colors. With further development, the technique may produce MRI scans that better distinguish between the body’s internal structures and cell types. PubMed Abstract »

Tiny parasites that cause the tropical disease leishmaniasis may take advantage of the body’s initial defenses by hiding and surviving inside the fast-acting immune cells sent to devour them, according to a study by NIH scientists. The research provides a new view of the earliest stages of Leishmania infection, which affects about 12 million people worldwide. PubMed Abstract »

NIH-funded researchers discovered that an experimental cholesterol-fighting drug may also prove useful as an antibiotic that beats back staph infections. The scientists showed that the cholesterol drug can strip Staphylococcus aureus bacteria of their golden color, weakening bacterial defenses and making them more to susceptible to killing by the immune systems of mice. PubMed Abstract »