With NIH support, scientists across the country and the world conduct wide-ranging research to improve the health of the nation. Groundbreaking NIH-funded research often receives top scientific honors. In 2013, all 3 recipients of the Nobel Prize in Physiology or Medicine, and all 3 awardees of the Nobel Prize in Chemistry, received NIH funding at different times in their careers. Four NIH-funded scientists also won awards from the Lasker Foundation in 2013. Here's just a small sampling of the research accomplishments made by NIH-supported scientists in 2013. 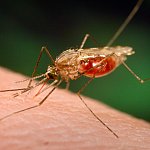 Malaria kills hundreds of thousands of people each year, most of them young children in Sub-Saharan Africa. While scientists have made significant gains in understanding, treating, and preventing the disease, a vaccine has remained elusive. NIH researchers reported that a candidate malaria vaccine is safe and protected against infection in an early-stage clinical trial. Pubmed Abstract » 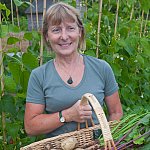 Women at risk for breast cancer may take certain types of medications that reduce the chance of developing the cancer. But in rare cases, the drugs can cause dangerous side effects. Many women decide that the chance of success doesn’t outweigh the risks. An international research team, with NIH support, found genetic variations that can be used to identify women who are most likely to benefit from this potentially life-saving strategy—and who should avoid it. Pubmed Abstract » 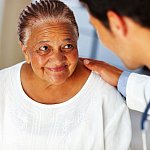 After a kidney transplant, patients must take medications with toxic side effects to keep their immune system from attacking the new organ. If doctors could track rejection status over time, they could adjust drug doses for more effective treatment. NIH-funded researchers found that certain molecules in urine can provide an early sign of transplant rejection. The test could allow doctors to act early to protect transplanted kidneys. Pubmed Abstract » 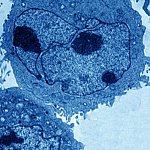 When adult patients with B-cell acute lymphoblastic leukemia have remission followed by relapse, the prognosis is poor. An NIH-funded team used a type of targeted immunotherapy to induce remission in 5 patients with this aggressive form of leukemia. The early results of the ongoing trial highlight the potential of this approach. Pubmed Abstract » 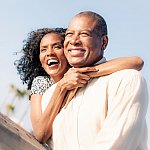 After a stroke, treatment for patients at high risk for a second stroke typically involves a medical program that includes blood-thinning medications and control of blood pressure and cholesterol. In hopes of improving the odds, doctors over the past decade began to also use an intracranial artery stent. An NIH-funded clinical trial confirmed earlier findings that stenting adds no benefits over aggressive medical treatment alone for most of these patients. Pubmed Abstract » 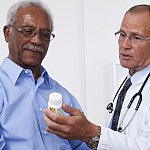 Warfarin is often prescribed to prevent blood clots in people with certain conditions. But determining the best dose can be tricky. Too much can cause excess bleeding; too little can lead to dangerous clots. Past research suggested that adding genetic data to clinical information would improve initial dosing. But an NIH-funded study contradicted that result, highlighting the importance of using clinical trials to assess the role of genetics in optimizing treatments. Pubmed Abstract » 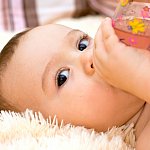 Autism symptoms first appear during early childhood, and a definitive diagnosis can often be made by 2 years of age. Scientists have long been searching for ways to identify the condition at even younger ages, since outcomes tend to be better with earlier intervention. NIH-funded researchers found evidence that infants later diagnosed with autism show a steady decline in eye contact beginning as young as 2 months of age. Pubmed Abstract » 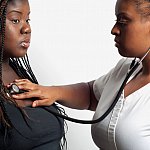 Past research has linked obesity to heart disease risk. But few studies have examined how the duration of obesity affects heart disease. NIH researchers found that how long a young adult is obese may affect that person’s heart disease risk in middle age. The finding suggests that not only preventing but also delaying the onset of obesity can help reduce heart disease later in life. Pubmed Abstract »

2013 Research Highlights — Insights from the Lab