With NIH support, scientists across the United States and the world conduct wide-ranging research to improve the health of our nation. Groundbreaking NIH-funded research often receives top scientific honors. In 2015, these honors included 3 NIH-supported Nobel Prize winners and 2 NIH-funded recipients of top awards from the Lasker Foundation. Here’s just a small sampling of the research accomplishments made by NIH-supported scientists in 2015. 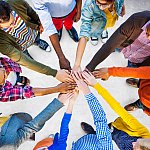 Charting genetic variation across the globe

An international team of scientists created the world’s largest catalog of human genetic differences in populations around the globe. The researchers examined the genomes of more than 2,500 people from 26 populations across Africa, East and South Asia, Europe, and the Americas. The resource provides a powerful tool for studying how genetic variation can contribute to disease risk and drug response. 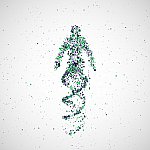 The “epigenome” refers to modifications that don’t affect the DNA sequence itself but affect how cells use the same genome to form different cells and tissues. Scientists analyzed more than 100 reference human epigenomes from a broad range of cell and tissue types. In another effort, researchers analyzed gene activity in more than 1,600 samples taken from 175 people. These approaches are yielding new insights into human biology and disease. 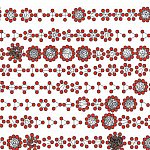 Genomics is the study of an organism’s DNA. Proteomics is the study of proteins and their functions. Proteins interact to form functional complexes that can be tricky to study. Researchers created a draft map of over 1 million protein interactions—an “interactome”—across more than 100 animal species, including people. Understanding such interactions will improve our understanding of how the human body works and what can go wrong to cause disease. 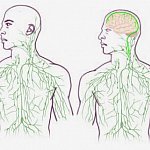 The brain has long been thought to lack lymphatic vessels, which carry white blood cells and other immune cells throughout the body. Scientists discovered that the brains of mice contain functional lymphatic vessels that can carry fluid and immune cells from cerebrospinal fluid. Further work will explore whether problems in this system might play a role in neurological disorders such as Alzheimer’s disease, meningitis, and multiple sclerosis. 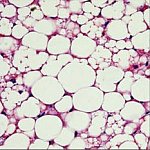 Humans have 2 main types of fat: white fat, which stores excess calories, and brown fat, which burns energy to create heat and help maintain body temperature. Researchers identified and characterized a specific type of fat cell in humans, known as beige, that has some characteristics of brown fat. The findings may lead to new ways to engineer fat cells to fight obesity. 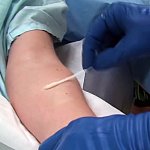 Skin microbes and the immune response

Skin is a barrier that helps defend the body against harmful microbes. Specialized immune cells within skin aid in fighting invading organisms. Yet the skin hosts communities of beneficial bacteria as well. Researchers demonstrated in mice that certain skin microbes help the immune system protect against pathogens. The findings help clarify the protective role of skin microbes and may lead to a better understanding of various skin disorders. 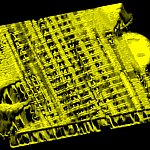 Muscle cells contain mitochondria, commonly referred to as the cell’s “power plants.” Using high-resolution 3-D imaging and specially designed optical probes, researchers found that mitochondria in mouse muscles not only produce energy, but can quickly distribute it across the muscle cell through a grid-like network. The findings reveal a major mechanism for energy distribution in skeletal muscle cells, and could provide new insights into diseases linked to energy use in muscle. 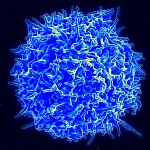