Retinal vein occlusion is a blockage of the veins carrying blood away from the retina. This can lead to swelling and fluid leakage. The result is an unwanted buildup of liquid at the back of the eye known as macular edema. If left untreated, the condition can blur vision and eventually lead to blindness.

The blood vessel leakage and swelling in the retina is caused by vascular endothelial growth factor (VEGF), which is released when blood flow is disrupted. The Study of COmparative Treatments for REtinal Vein Occlusion 2 (SCORE2) compared two anti-VEGF drugs, aflibercept (Eylea) and bevacizumab (Avastin) in 362 patients. Researchers gave monthly injections over six months to people with macular edema from central retinal vein occlusion, which affects the entire retina, or hemi-retinal vein occlusion, which generally affects about half the retina. The study found that the two treatments were equally effective. 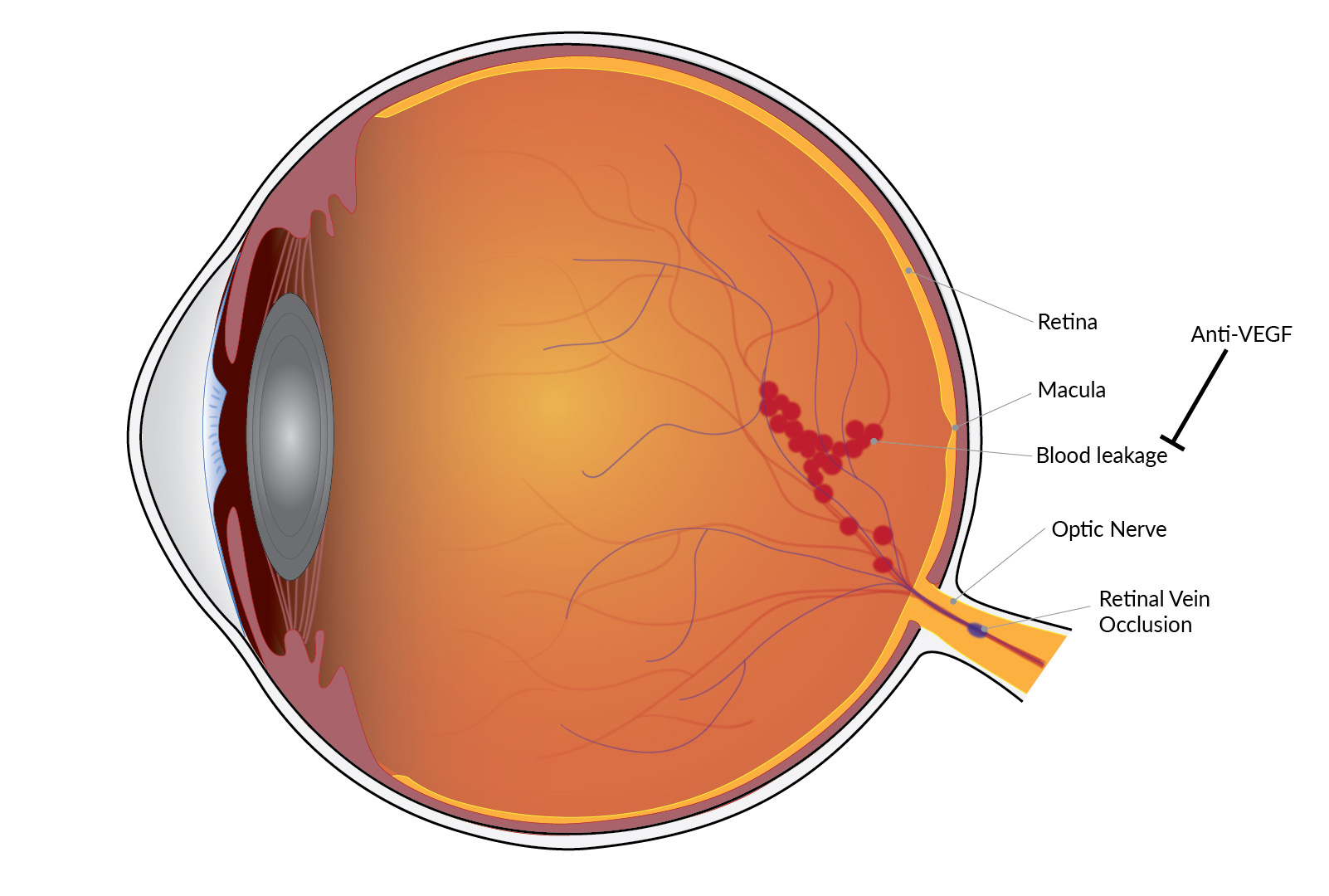 Occlusion of the retinal veins can lead to blood vessel leakage in the retina (click image to enlarge).NEI

The initial SCORE2 study period was 12 months. After that, participants were treated at their physician’s discretion. In their new report, SCORE2 researchers led by Dr. Ingrid U. Scott of Penn State University assessed participants 5 years after their initial treatment. The study was funded in part by NIH’s National Eye Institute (NEI). Results were published in the American Journal of Ophthamology on April 21, 2022.

The researchers found that most doctors reduced the frequency of anti-VEGF injections after 12 months, and some switched their patients to the other anti-VEGF drug. At five years, many participants had lost some visual acuity compared to the 12-month mark. However, they retained significant improvement compared to the beginning of the study.

There were no significant differences between the two treatments. The group originally assigned to bevacizumab, however, received more injections in the follow-up period.