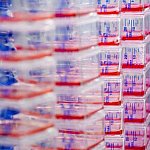 By modifying only 4 genes in human skin cells, NIH-supported researchers found that they could "reprogram" the cells to give them the characteristics of embryonic stem cells. This major advance could open doors to innovative therapies in the future, where people's own cells might be reprogrammed and used to repair their damaged tissues and organs. The breakthrough might also eventually put to rest the ethical controversy surrounding stem cells. PubMed Abstract » 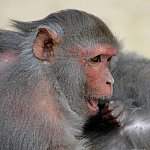 Researchers achieved a major milestone in embryonic stem cell research, isolating embryonic stem cells for the first time from a cloned primate embryo. The scientists, funded by NIH, showed that the stem cells could turn into heart or nerve cells in the laboratory and had other characteristics of established embryonic stem cell lines. The technique, if developed in humans, could potentially be used to make personalized stem cells to treat diseases without worry of rejection by the patient's immune system. PubMed Abstract » 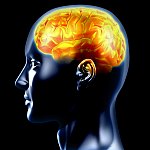 Scientists developed the first noninvasive technique for detecting neural progenitor cells in the living human brain. Neural progenitor cells give birth to neurons and other types of brain cells. This new imaging method may eventually point to improved treatments and diagnostics for a host of brain-related disorders, including depression, Parkinson's disease and brain tumors. PubMed Abstract » 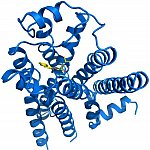 More than 40 years after beta blockers were first used clinically, NIH-funded scientists finally got a close-up, 3-dimensional look at the drugs' molecular target: the β2-adrenergic receptor. The receptor is one of a family of proteins called G protein-coupled receptors (GPCRs), which carry signals across the cell membrane. GPCRs control critical bodily functions, several of our senses and the action of about half of today's pharmaceuticals. Better understanding of the receptor's molecular shape promises to help speed the discovery of new drugs and illuminate many aspects of human health and disease.
PubMed Abstract: GPCR engineering yields high-resolution structural insights into beta2-adrenergic receptor function »
PubMed Abstract: High-resolution crystal structure of an engineered human beta2-adrenergic G protein-coupled receptor » 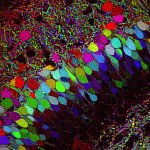 Using a clever genetic trick to generate dozens of different colors, NIH-supported researchers visualized hundreds of cells and their connections to each other in the brain. The scientists developed DNA constructs, which they call “Brainbows,” that randomly rearrange themselves to activate genes for different-colored fluorescent proteins. When the researchers created transgenic mice with Brainbows, individual neurons in the brain had distinctive colors, allowing them to accurately trace specific cells and their interactions with each other. This new tool will help scientists better understand how the brain and nervous system work. PubMed Abstract » 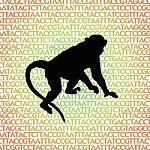 An international team of more than 170 scientists sequenced the genome of the rhesus macaque monkey and compared it to both the chimpanzee and human genomes. Their analysis revealed that the 3 primate species share about 93% of their DNA. The team also identified nearly 200 genes that appear to play key roles in differences between the species. These include genes involved in hair formation, the immune response and cell communication. PubMed Abstract » 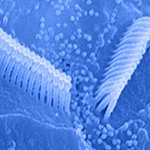 NIH scientists and their collaborators identified 2 proteins that appear to pair up at the precise location in the ear where sound vibrations are turned into electrical signals. The investigators also showed that a known deafness-causing mutation seemed to disrupt interactions between the 2 proteins, called cadherin 23 and protocadherin 15. The findings may eventually help scientists develop more precise treatments for hearing loss, a condition that affects more than 32 million people in the United States alone. PubMed Abstract » 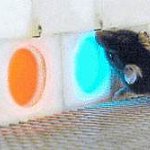 By giving mice the gene that allows people to see red hues, scientists created rodents that can see a wider range of colors. Mouse eyes normally have only 2 types of light-detecting photoreceptors, sensitive to blue and green light. NIH-funded scientists created genetically engineered mice that also had photoreceptors for red light, which are found in most primates. Tests showed that the altered mice could perceive different colors better than normal mice. The study suggests that the brains of mammals can quickly adapt to new sensory information. It also provides clues to the evolution of color vision. PubMed Abstract »