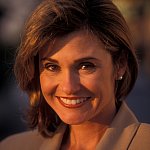 Researchers reported that infertility arising from polycystic ovary syndrome (PCOS) is better treated with an established ovulation-inducing drug (clomiphene) than with an increasingly popular alternative (metformin). The NIH-funded study was the largest, most comprehensive effort to date comparing the 2 drugs' abilities to promote pregnancy in women with PCOS, a hormonal disorder that affects about 1 in 15 women and is the leading cause of infertility. Pubmed Abstract » 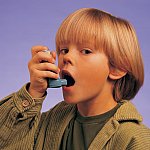 An NIH-funded study tested the effectiveness and safety of 3 different asthma medicines in nearly 300 school-age children. The scientists found that inhaled corticosteroids are the most effective initial daily therapy for children with mild to moderate persistent asthma. Pubmed Abstract » 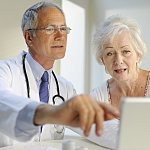 MRI Increases Detection of Second Cancer in Opposite Breast

When a woman is newly diagnosed with cancer in one breast, there's up to a 10% chance that clinical exams and mammography will miss a tumor growing in the opposite breast. An NIH-funded study found that magnetic resonance imaging (MRI) can help to detect these overlooked cancers in the opposite breast at the time of initial diagnosis, which may also lead to earlier treatment. Pubmed Abstract » 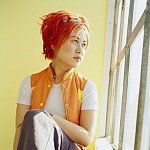 A major clinical trial found that a combination of antidepressant medication and “talk therapy,” or psychotherapy, appears to be more effective for treating teens with major depressive disorder than medication or psychotherapy alone. The NIH-funded study enrolled 439 adolescents who had major depression. At both 4 months and 9 months after therapy began, response rates to the combination treatment significantly outpaced the 2 single-treatment approaches. Pubmed Abstract » 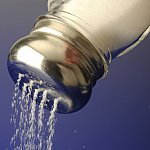 Several studies had already shown that lowering your salt intake helps to prevent high blood pressure, or hypertension. But a new NIH-funded analysis found that less sodium can also prevent heart disease. The researchers examined clinical trial data from studies of more than 3,000 adults with pre-hypertension. Men and women who reduced their salt intake had a 25% lower risk of total cardiovascular disease over the next 10 to 15 years. Pubmed Abstract » 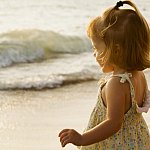 Autism is rarely diagnosed before 3 years of age, but the sooner it is identified and treated the better the outcome for the child. NIH-supported scientists found that it's possible to detect autism in some children as young as 14 months of age, the earliest the disorder has ever been diagnosed. In other children, definite signs of autism can be seen by about 2, the researchers said. Their diagnoses were based on close assessment of the children's social and communication skills. Pubmed Abstract » 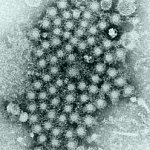 An experimental vaccine—originally created and tested over the past 2 decades by NIH scientists—appears safe and effective in preventing hepatitis E, a sometimes-deadly viral disease prevalent in developing countries. A clinical trial involving nearly 2,000 healthy adults in Nepal, where the virus is widespread, found that the vaccine was nearly 96% effective in preventing hepatitis E during a follow-up period of about 2 years. Pubmed Abstract » 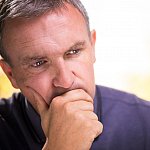 Patients with bipolar disorder have severe mood swings between mania and depression. Treatment typically involves mood-stabilizing drugs like lithium or valproate. Two separate reports—both part of a large-scale NIH-funded study of bipolar disorder—looked at how well patients with depression responded when additional treatments were added to their mood-stabilizing therapy. One found that adding an antidepressant medication was no more effective than a sugar pill in reducing depression. (NIH news release | PubMed Abstract). The other reported that patients tended to get well faster and stay well if they received intensive psychotherapy for several months. Pubmed Abstract »