NIH has nearly 6,000 NIH staff scientists and supports more than 325,000 researchers with competitive grants to all 50 states, the territories and more than 90 countries around the world. Here's just a small sampling of the accomplishments made by NIH-supported scientists in 2009. 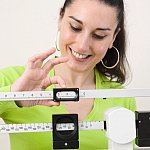 Heart-healthy diets that reduce calorie intake—regardless of differing proportions of fat, protein or carbohydrate—can help overweight and obese adults achieve and maintain weight loss, according to an NIH-funded study. Over 800 adults were assigned to 1 of 4 diets that reduced their calorie intake and contained various levels of fat, protein and carbohydrate. All 4 groups achieved similar weight loss after 6 months and also after 2 years. Pubmed Abstract » 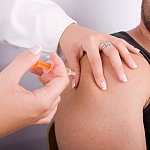 An experimental anti-cocaine vaccine significantly reduced cocaine use in a clinical trial. This NIH-funded study was the first successful demonstration of a vaccine against an illegal drug of abuse. The vaccine stimulates the production of antibodies that attach to cocaine molecules and prevent them from crossing the blood-brain barrier, thereby inhibiting or blocking cocaine-induced euphoria. Participants with the highest antibody levels had the greatest reductions in cocaine use. Pubmed Abstract » 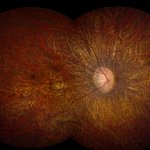 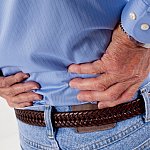 Patients with low back pain who had acupuncture improved more than those who got typical medical care, an NIH-funded study found. But surprisingly, "imitation" acupuncture—which used toothpicks to stimulate acupuncture points but didn't break the skin—brought as much improvement as the real thing. The finding raises questions about how acupuncture relieves pain. Pubmed Abstract » 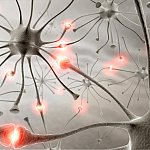 NIH-funded scientists reported that deep brain stimulation improves quality of life for Parkinson's patients and leads to more daily hours without troubling movement symptoms than standard medical care. But on the down side, brain stimulation also carries a greater risk of serious adverse events, such as infection from the surgery. This clinical study of 255 patients with advanced Parkinson's disease was the largest of its kind to date. Pubmed Abstract » 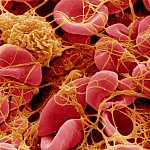 The widely prescribed blood-thinning drug warfarin (Coumadin) can help prevent blood clots that lead to heart attack, stroke or even death in certain patients. But determining the proper dosage for each patient can be difficult. An NIH-funded clinical trial showed that genetic tests can help doctors fine-tune warfarin dosing for individual patients. The findings may eventually help prevent the life-threatening dangers of improper dosing. Pubmed Abstract » 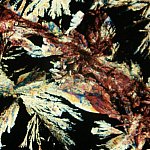 An NIH-funded study linked higher vitamin C intake with a lower risk of gout. Vitamin C supplements, the results imply, may help to prevent this condition, which develops when uric acid crystals accumulate in joints to cause swelling and pain. Researchers looked at nearly 47,000 men who did not have gout at the start. After 20 years, those with more vitamin C intake were least likely to have gout. Pubmed Abstract » 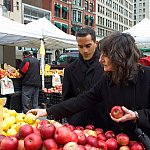 Nearly one-third of adults nationwide are obese. One contributing factor may be the “built environment”—that is, access to stores that sell healthy foods and to resources that support physical activity. An NIH-funded study looked at data on over 13,000 residents of New York City. The scientists showed that ready access to healthy food outlets such as supermarkets and natural food stores was significantly linked to reduced weight status. Pubmed Abstract »

2009 Research Highlights — Insights from the Lab